Teachers in the Solana Beach School District, who have been without contracts for months, on Thursday pushed for new contracts, but the district is not backing down. 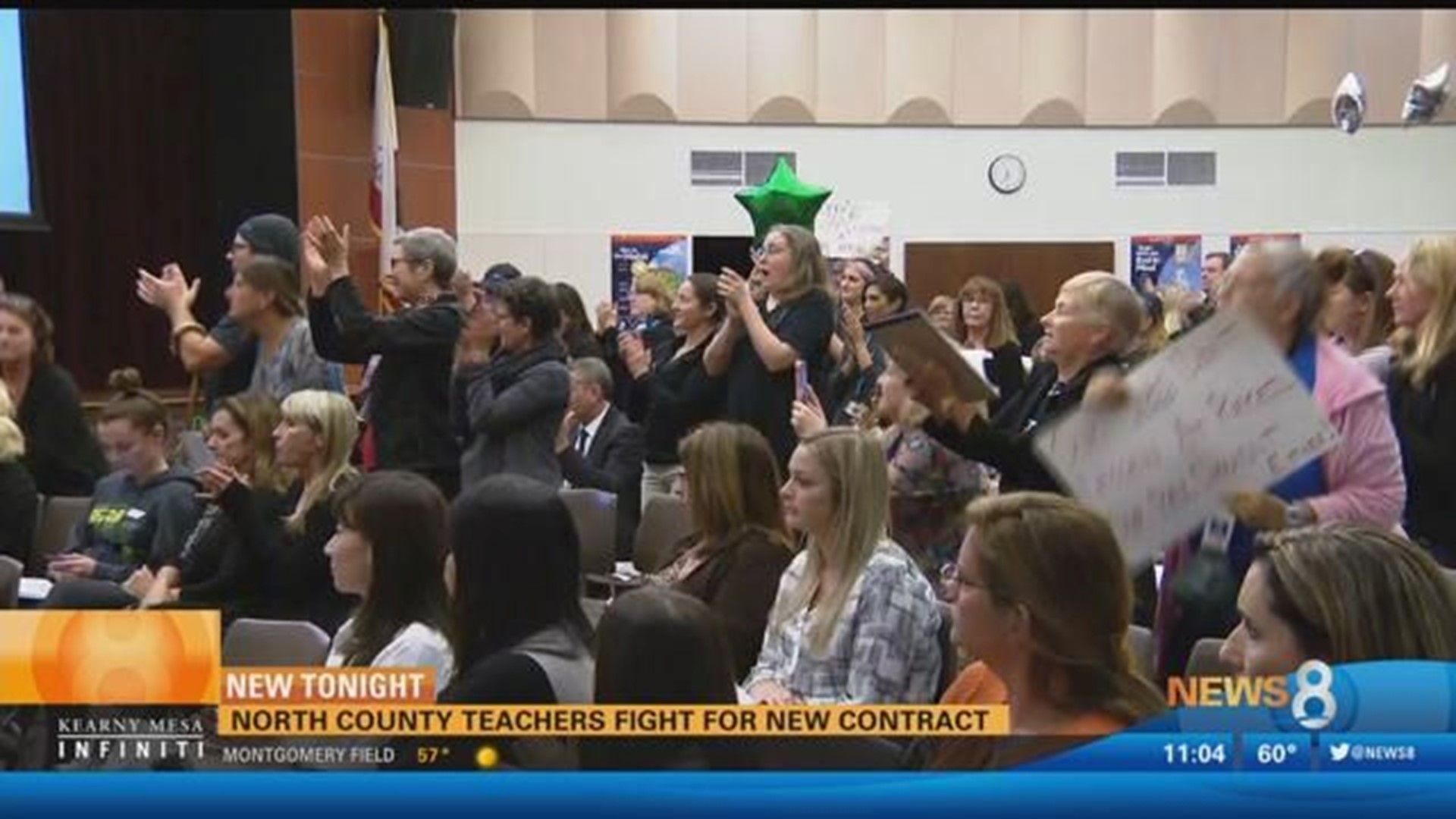 SOLANA BEACH (NEWS 8) – Teachers in the Solana Beach School District, who have been without contracts for months, on Thursday pushed for new contracts, but the district is not backing down.

Teachers were supported by parents and students, Thursday night.

“I do my job by teaching the preschool children in this district. It is time for you to do your job and come to [a] fair settlement,” said Kristen Watson, a preschool teacher.

The Solana Beach Teachers’ Association and the Classified Employees Union are fighting for a pay raise. They have been without a contract since June of last year, but the district said it offered a three percent raise.

“The teachers have earned the right to have a salary increase that would bring us up to cost of living,” said Cyndy McBride, Solana Beach Teachers’ Association president.

The superintendent said the projected deficit spending this school year is $2.9 million. “We are down to the wire in the most important pieces. We are not that far apart – to be candid, I know our board of education to a fair and equitable solution,” said Terry Decker.

Teachers said the solution is about valuing a child’s education.

The teacher’s union said the district has $23 million in its reserve fund, but the superintendent said while it is healthy, they do not want to continue to chew away at it – which was used to pay a one-time six percent salary bonus in the last school year.