A man shot by police in Southcrest died from his injuries Wednesday night. 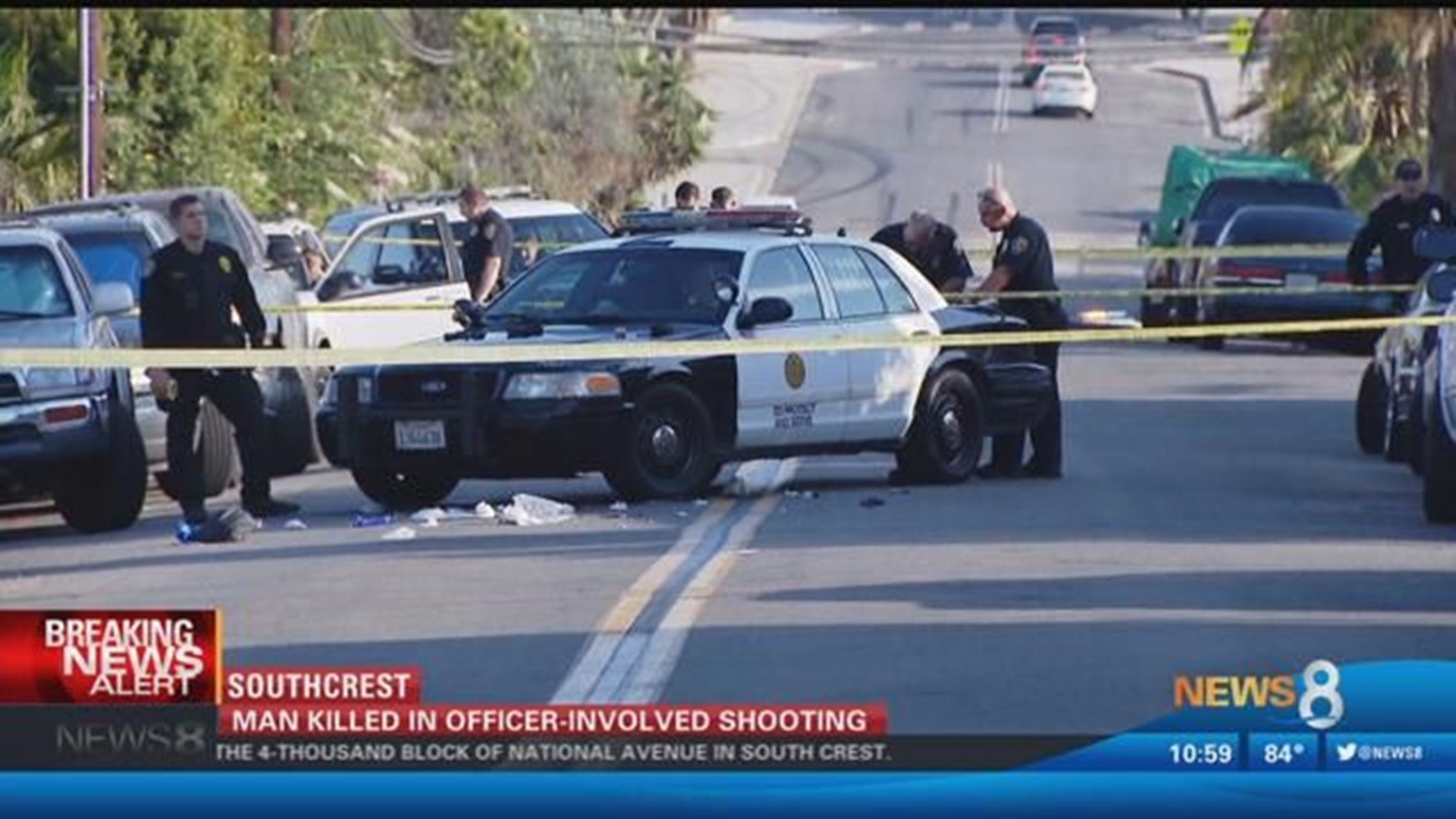 SAN DIEGO (CNS) - An assault suspect was killed in an officer-involved shooting in Southcrest Wednesday night.

Southeastern Division officers responded to the 4000 block of Boston Avenue about 5:15 p.m. to a call of a man attacking someone with a machete, according to Lt. Matt Dobbs with the San Diego Police Department.

Officers found the victim, a 57-year-old man, had suffered injuries consistent with an edged weapon and he was taken to a hospital with non-life threatening injuries, Dobbs said.

As police conducted their investigation, they located a possible suspect near the scene who was uncooperative and refused to follow directions of the officer, then advanced on the officer armed with a metal chain, which he began swinging at the officer.

The officer fired his Taser, but it was not effective. The suspect continued to approach the officer and swung the chain at the officer again, prompting the officer to open fire, striking the man at least once, Dobbs said.

Two additional officers arrived on scene and took the suspect into custody and took him to a hospital, where he later died, Dobbs said.

The suspect's name was withheld and no officers sustained serious injuries.