More than five-million Americans are living with Alzheimer's disease, and to help combat the problem the San Diego Opera is teaming up with George G. Glenner Alzheimer's Family Centers to build a m... 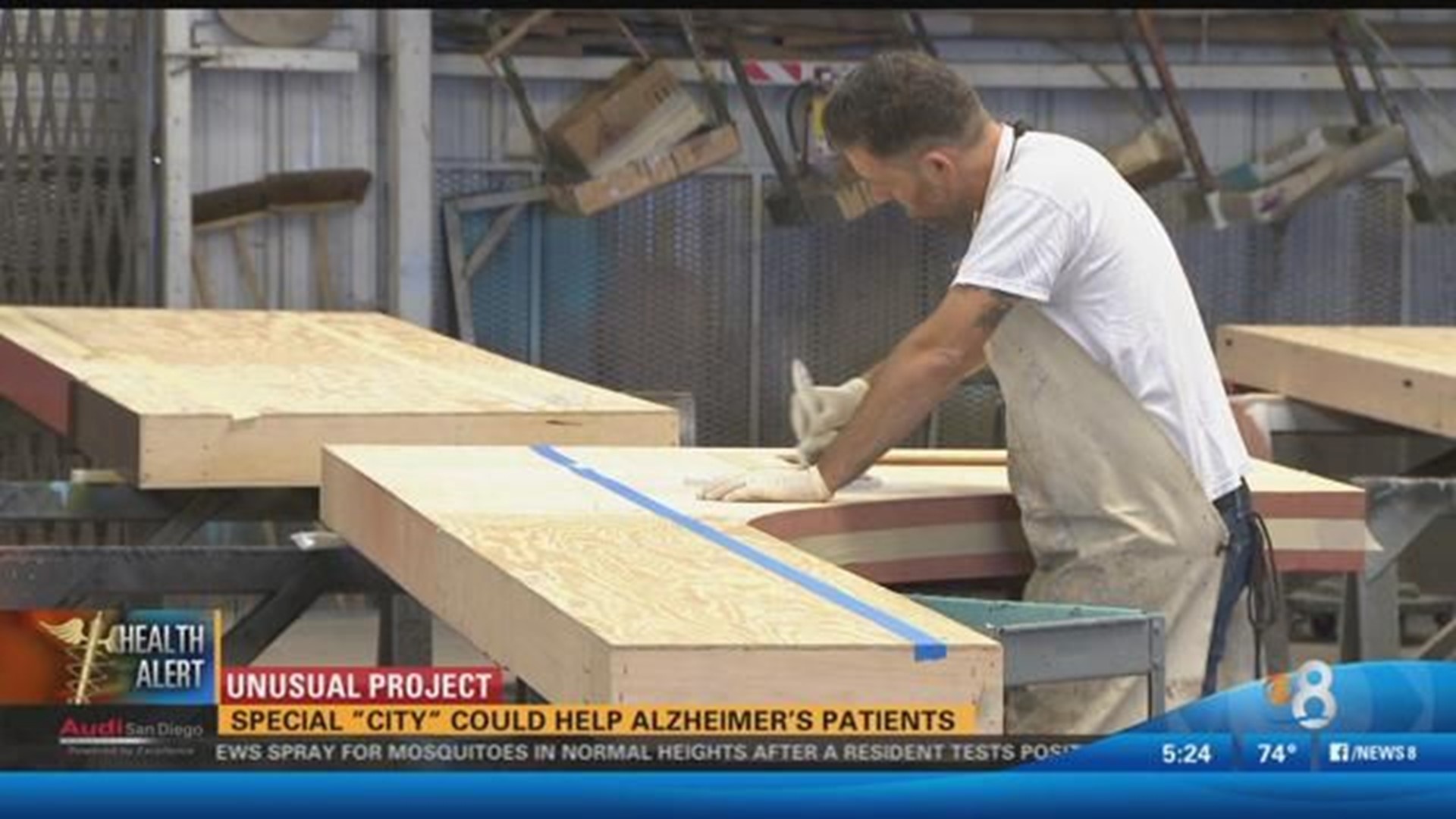 SAN DIEGO (CBS 8) - More than five-million Americans are living with Alzheimer's disease, and to help combat the problem the San Diego Opera is teaming up with George G. Glenner Alzheimer's Family Centers to build a mini city inside a warehouse as a form of therapy.

Carpenters and painters from the San Diego Opera have created sets from some of the world's most renowned operas.

The sets include everything from swords, crosses and ancient statues, but the project they are working on is something they have never done before - an entire city so realistic one would never question where it actually came from.

"We are now transforming ourselves as an opera company in trying to find ways that we can serve the community in a much larger way than just what we do on stage," said David Bennett, the opera company's general director.

Once completed, the indoor village will include 1950's replicas of San Diego City Hall, Balboa Park, a nail salon and even a working movie theatre.  It will be unveiled in 2018 inside an 11,000 square foot warehouse in Chula Vista.

The idea is to allow Alzheimer's patients to spend a day in the town with their caretakers as part of a recognized technique called reminiscence therapy.

"Research has already shown that it helps improve mood, reduce agitation and improves sleep quality. One of the things that is so important about the project is that each one of the storefronts is fully interactive. It's not a facade," said Scott Tarde, with the George E. Glenner Alzheimer Centers.

The town replica built around the 1950's era will help because that is when memories were strongest for the majority of people they care for in three San Diego based centers.

Tarde said Amsterdam has a similar project, but the real inspiration came locally. Tarde was inspired after visiting his daughter at Biz Town - a Mission Valley day camp where children practice working and managing finances in various storefronts.

The first phase of the project is nearly complete and is expected to be showcased to researchers at UC San Diego's School of Medicine next week.

Tarde hopes to replicate the project across the nation.  They have budgeted three-million dollars to complete the project.