Special Delivery: Baby born after dad crashes on the way to hospital

A husband rushing his pregnant wife to the hospital crashed early Morning morning in the University City area, but nobody was injured in the accident and by the time emergency crews arrived, the fa... 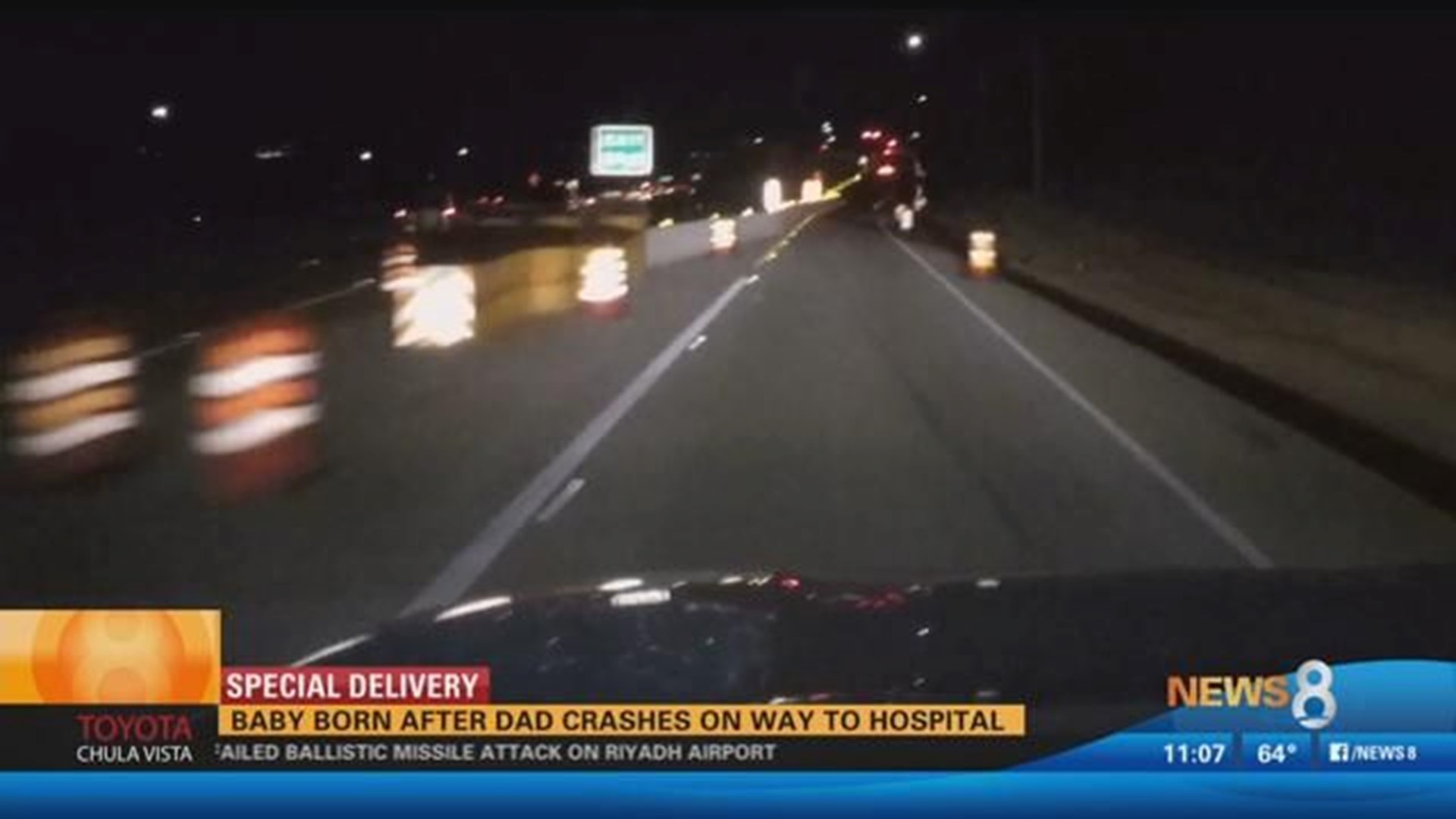 SAN DIEGO (NEWS 8) - A husband rushing his pregnant wife to the hospital crashed early Morning morning in the University City area, but nobody was injured in the accident and by the time emergency crews arrived, the family's van had three occupants instead of two.

Emergency room nurse Dayna Dumont at Scripps Memorial Hospital was heading home after a slow work day when she was stopped by a frantic man.

Dumont said she was "trying to get on the five south on the overpass when this gentleman was out there waving his hand stepped in front of my car."

"As I started to roll down my window he yelled out and said 'my wife, my wife,' then I looked over at his car. I saw the airbags were deployed and the front bumper was missing. I realized that they were in some sort of accident."

Expectant father Hongwei Zhang was rushing to the delivery room with his pregnant wife Ying Shi when he crashed his mini-van into concrete blocks at Genese and Interstate-5.

Dumont did not delay in helping the expecting mother, but the baby beat her to the punch.

As the father panicked, Dumont was able to direct paramedics to their exact location.

"He was very, very worked up and anxious throughout the entire experience," she said.

Not alarmed and without hesitating, Dumont held up the baby as EMTs cut the baby's umbilical cord.

"You think - oh gross, but she was just hanging out there. She was ready to come into the world," said Dumont.

In a statement, the couple told News 8: "

Back at the hospital, Dumont was able to check in on baby Ana. "Ana is ok. She is breathing. She was ready before they were to come into this world."