Why water apprehensions are on the rise 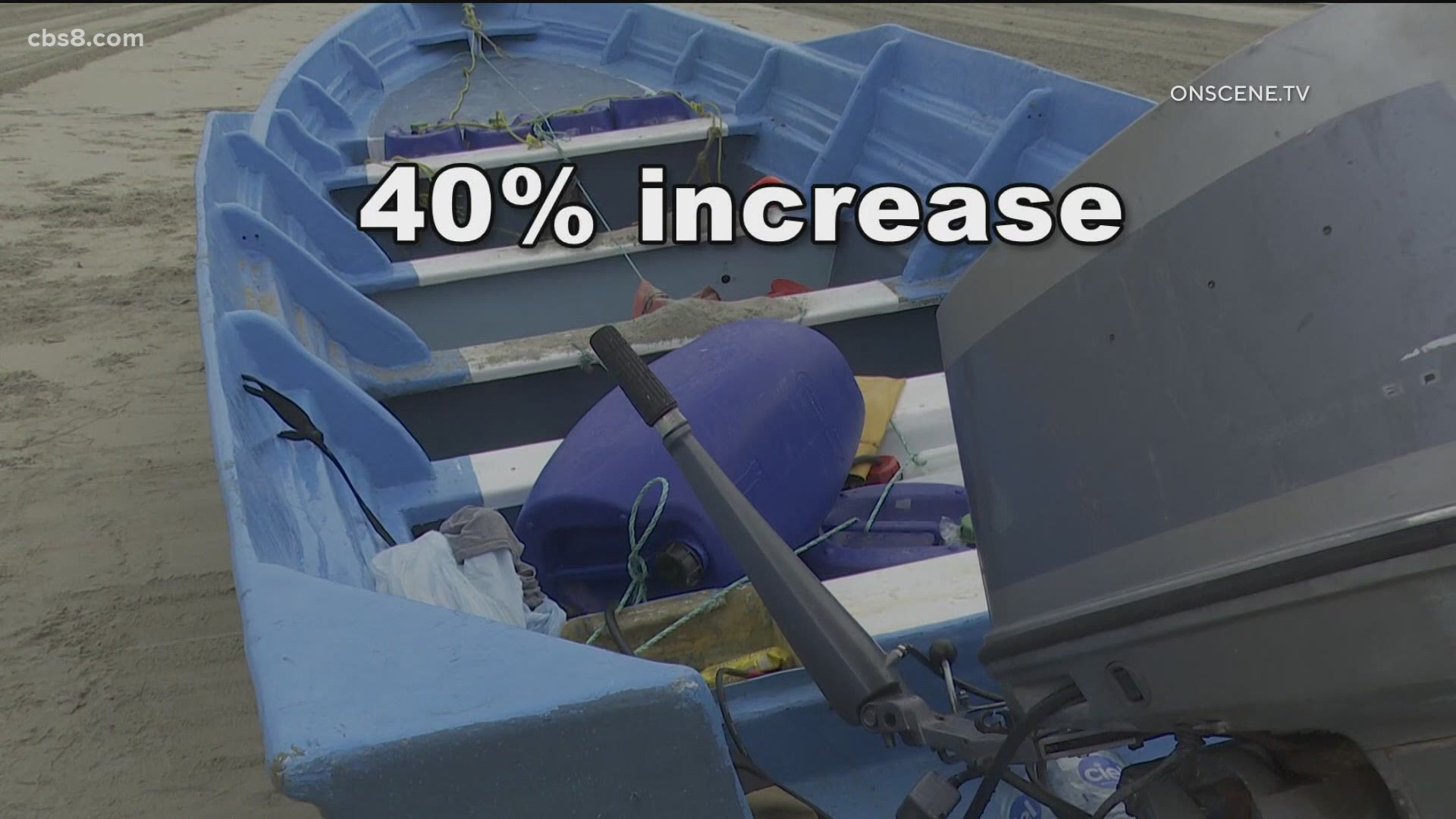 SAN DIEGO — The San Diego Medical Examiner’s Office released the names of the three people who died after a boat capsized off the coast of Point Loma Sunday.

The incident is being investigated as a human smuggling operation. The victims were all from Mexico.

They’ve been identified as:

They were among more than 30 people aboard the boat.

U.S. Customs and Border Protection officials say all but two of the passengers were from Mexico.

One is from Guatemala.

The captain is a U.S. citizen.

“I think there's a whole lot of anecdotal evidence that suggests this will be the most lethal year in the history of the border,” said Ev Meade, a professor at the University of San Diego's Kroc School of Peace Studies.

He's been monitoring a recent rise in illegal entries into the United States.

Between 2019 and 2020, the San Diego Border Patrol sector saw 92% more apprehensions in the water alone, with 909 arrests made so far this year.

While it's not a historic high, Meade said one of the reasons so many people are trying to come here now is because of the economic strain caused by the pandemic.

“You've got a high level of insecurity and on top of that you've got a wave of natural disasters in the region, and there was an existing security crisis in Central America and Mexico," he said.

Meade said unlike the 1990s, where mostly single men were crossing over illegally for work, now, more women and children are doing the same.

Many of them are so desperate, they're trusting smugglers with no knowledge of just how dangerous the journey can be.

The survivors of Sunday's crash include 22 men, six women and a 15-year-old boy.

They were taken into custody by U.S. Border Patrol officials for processing.

The captain is in ICE custody.