A 56-year-old surfer, well beloved in his community, died Friday morning after he was reported missing and later found face-down in the water off Sunset Cliffs near Point Loma Nazarene University, ... 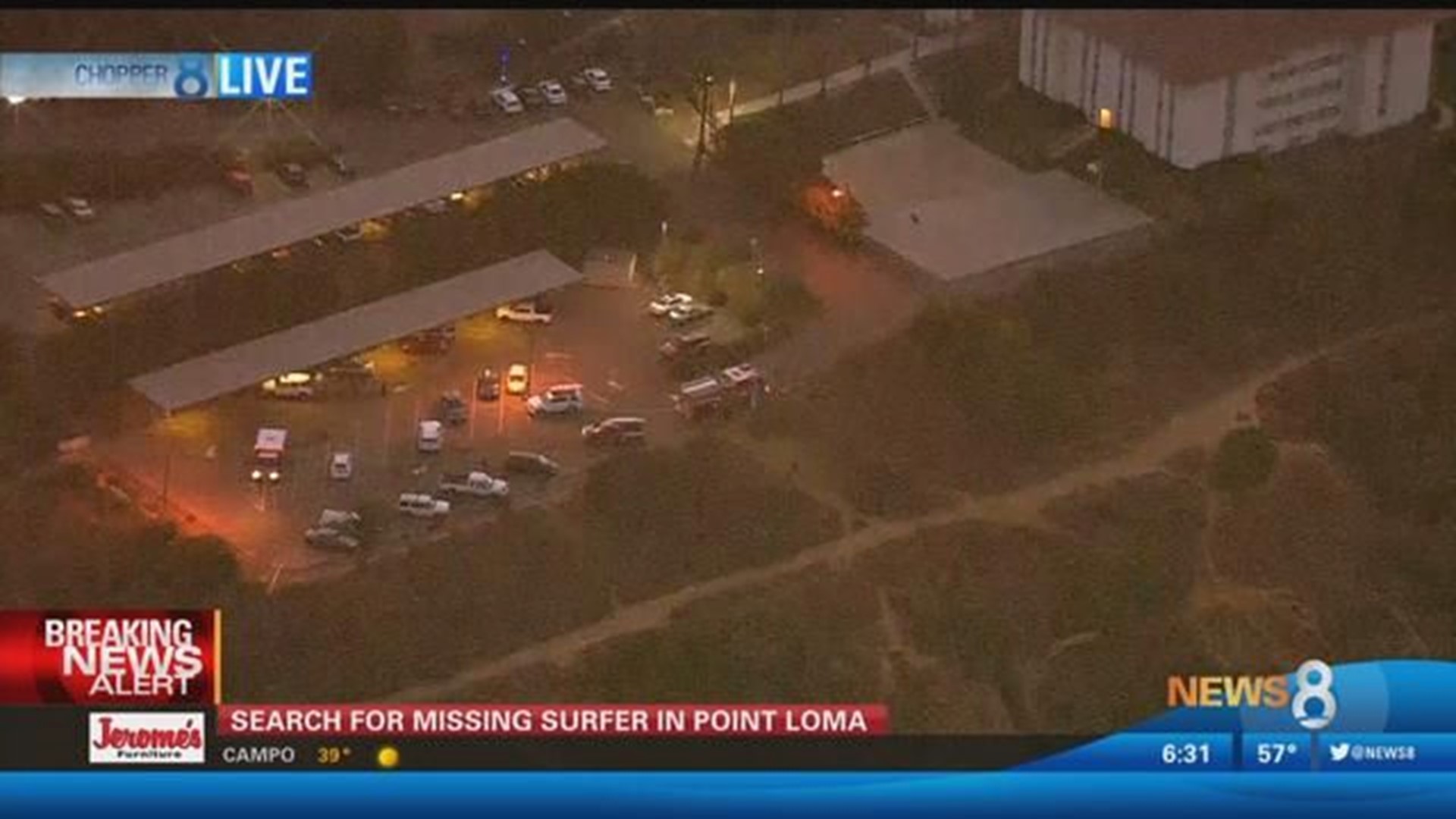 SAN DIEGO (NEWS 8/CNS) - A father of six and well-known surfer who coached the ocean sport at Coronado public schools died Friday during an early-morning outing in the breakers off Sunset Cliffs.

A friend surfing with 56-year-old Stan Searfus near Point Loma Nazarene University lost sight of him in the predawn gloom about 6 a.m., then found the missing man's board washed up on shore, according to fire department officials and a GoFundMe page set up for financial assistance for the Coronado resident's family.

Police, lifeguards, firefighters and U.S. Coast Guard crews searched for Searfus along the coastline, on boats and aboard helicopters for about 45 minutes before finding him floating face down in the water, not far from shore, city spokeswoman Monica Munoz said.

Emergency personnel pulled Searfus onto a rescue boat and took him to San Diego lifeguard headquarters on Mission Bay. Medics performed CPR on him for more than 30 minutes before pronouncing him dead.

The cause of Searfus' death was not immediately clear. The waves in the area where he went missing were three to four feet high at the time, officials said -- not the type of conditions that would challenge such an experienced surfer.

According to the online donation website, Searfus was a surfing coach at Coronado High School and Coronado Middle School, a lifeguard in the small peninsula city and founder of Blue Wave Coronado Surf Camp.

A testimonial on the online page stated that he was "passionate about the youth in his community and would lend a hand to anyone who needed (it)."

"His selflessness and joy for life (were) absolutely tangible (to) anyone who was in his presence," the message stated.

Searfus is survived by his wife, Jan; and children, Berkeley, Clark, Hank, Jake, Josh and Oskar.

A vigil is scheduled for the beloved father and friend at Coronado Shores Beach near the main parking lot, Avenue De Las Arenas at 4 p.m.