A "different" way of doing things is required to tackle homelessness, increase access to affordable housing and bolster the city's economy, Mayor Kevin Faulconer said in his State of the City address 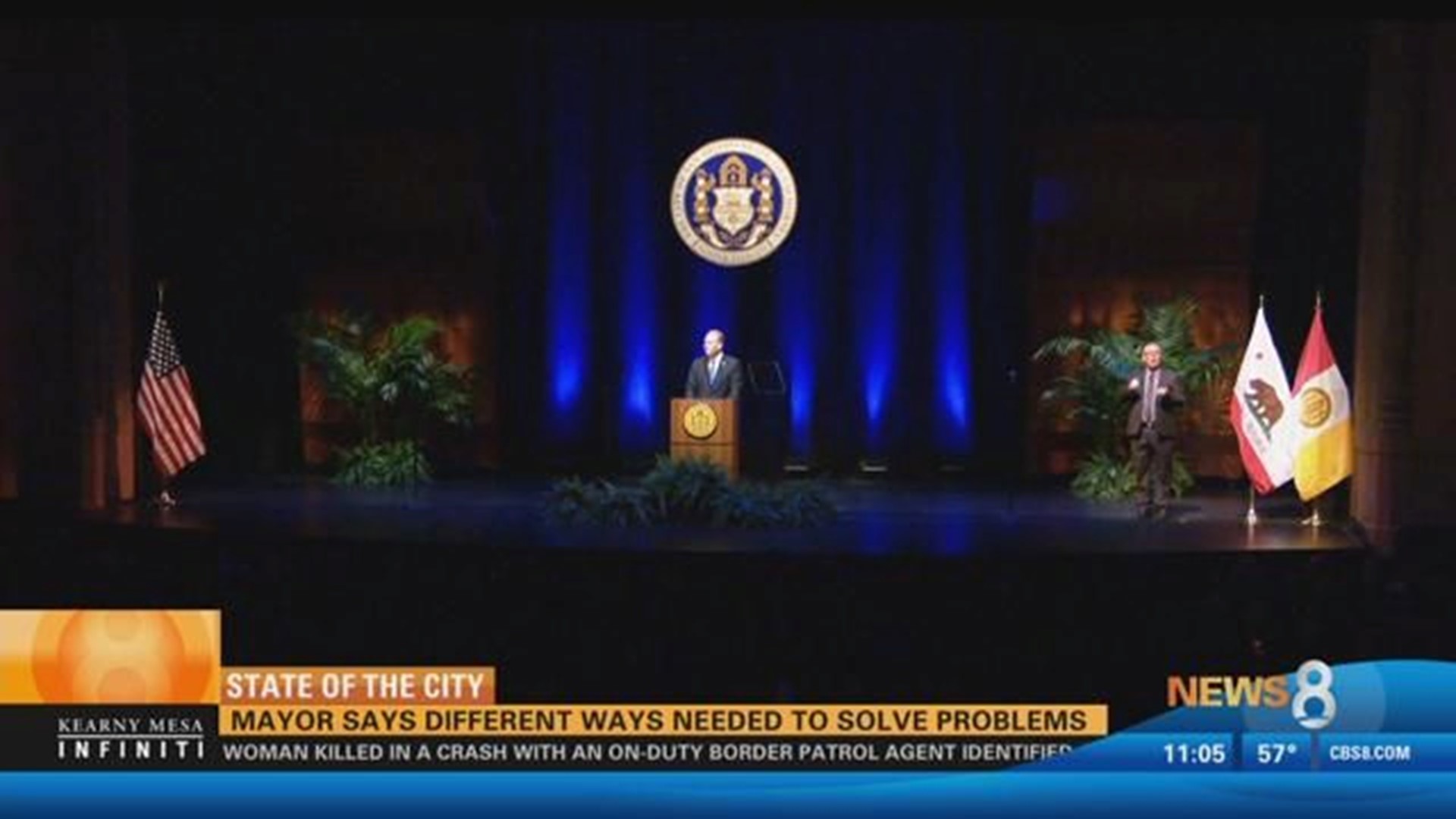 Faulconer celebrated the accomplishments of his four years in office, including fixing streets, building parks and controlling the hepatitis A outbreak, and provided what he said would be solutions to some of the city's most vexing problems during the annual speech.

Last year, he said, it became clear that the status quo wouldn't cut it when dealing with skyrocketing homelessness and housing prices and understaffing in the city's police department.

A "big flaw" for San Diego was that there is no central access point for those experiencing homeless to navigate services, the Republican mayor said. The city will build a permanent housing navigation center at 14th Street and Imperial Avenue. There, trained staff will direct clients to government and nonprofit services that would assist them the best, he said.

The city is also constructing a storage facility for use by homeless people so they can safely store their belongings while going on job interviews, to the doctor or school, he said.

Those services are coupled with efforts begun last year, including the addition of 15 city staff to perform outreach in the streets and the construction of three temporary bridge tent shelters that house up to 700 people each night.

"America's Finest City will no longer tolerate the use of a sidewalk, a riverbed or a tarp as a home," Faulconer said. "Do not confuse our resolve with a lack of compassion -- for those without a home trying to lift themselves out of extreme poverty, our city is ready to help by preserving services with dignity. There's a place for you, and it's not on the streets."

For this strategy of "connect, support, house" to work, collaboration among governments and nonprofit organizations must continue and grow, Faulconer said. Forty percent of the region's homeless population lives outside of the city limits, he said.

Additional housing for people -- whether they're homeless or struggling to pay their rent or mortgage -- will be necessary to ensure the city's future wellbeing, he said.

Faulconer said he would send legislation to the City Council that would restructure permit fees to encourage construction of smaller, more affordable homes, change parking mandates for housing built near transit centers and modify zoning to encourage live-work developments.

That is on top of other initiatives he said have already encouraged the construction of affordable homes, including the streamlining of city permitting.

Another big problem that could turn into a "crisis" is the 200 open positions in the San Diego Police Department.

A contract approved last year has already encouraged retention and increased applications, he said. Faulconer said an aggressive, national recruitment campaign he will launch will eventually create a fully staffed department for the first time in over a decade.

Faulconer threw his support behind a ballot initiative effort begun this week that would expand the downtown convention center and generate funding to alleviate homelessness and repair streets.

The "Yes! For a Better San Diego" measure would increase the visitor tax by 1.25 percent for lodging facilities on the periphery of the city and 3.25 percent for those in the downtown area.

Faulconer said it would be the "most important decision" before voters in November and would help create jobs, spur development and protect those who are vulnerable.