Gay marriage supporters will gather downtown for a news conference Tuesday to voice their opposition to a move made by the county clerk, who's trying to stop same-sex marriages. 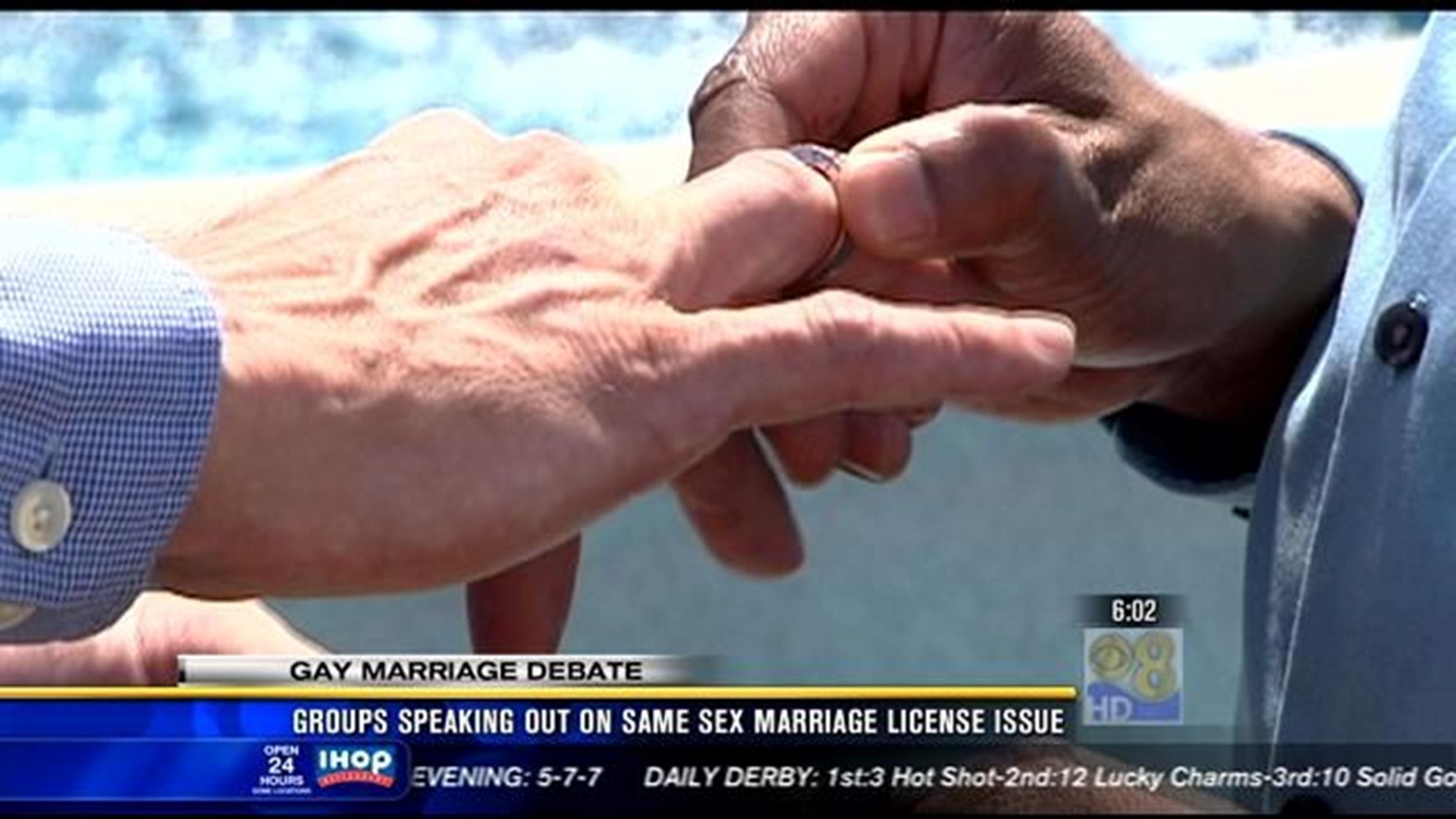 Gay marriage supporters gathered downtown for a news conference Tuesday to voice their opposition to a move made by County Clerk Ernest Dronenberg. Dronenberg also showed up at the demonstration.

Dronenberg filed a motion last week to find out how June's ruling by the U.S. Supreme Court on same-sex marriage affects voter-passed Proposition 8 and whether the decision applies to all of California, or just Alameda and Los Angeles counties, where the couples that challenged the ballot measure live.

He said he also wanted to know whether county clerks, who are elected by voters, are independent or governed by state officials.

Proposition 8, which defines marriage in the state as between one man and one woman, was declared unconstitutional in rulings by lower courts. The U.S. Supreme Court did not rule on the law's merits, but declared that backers of the ballot measure did not have standing to bring an appeal.

Supporters of traditional marriage have denounced the ruling and promised renewed legal action.

Monday, he told News 8, he requested the stay -- while the state supreme court works to clarify the legal standing of Proposition 8.

"I asked the stay because basically I don't want to hurt people. The last case in San Francisco, the supreme court reversed 4,000 marriages, that was cruel, that was hurtful," he said.

Dronenburg is asking the state supreme court to address three issues, including who has supervision over him, jurisdiction in the original federal lawsuit, and the state constitution, which says only an appellate court can declare a law unconstitutional.

Despite his action, the county clerk's office still issued marriage licenses to gay and lesbian couples.

After Dronenberg took the action last week, Board of Supervisors Chairman Greg Cox said the clerk was acting on his own.

Supervisor Dave Roberts, who is gay, told U-T San Diego Monday that he wants the board to meet with county lawyers to explore options for dealing with Dronenberg's action.

State Attorney General Kamala Harris said Dronenberg's petition did not bring up any new issues, and that all 58 counties were bound to issue marriage licenses to same-sex couples.