"Politics will not drive our decision-making," Newsom previously said. 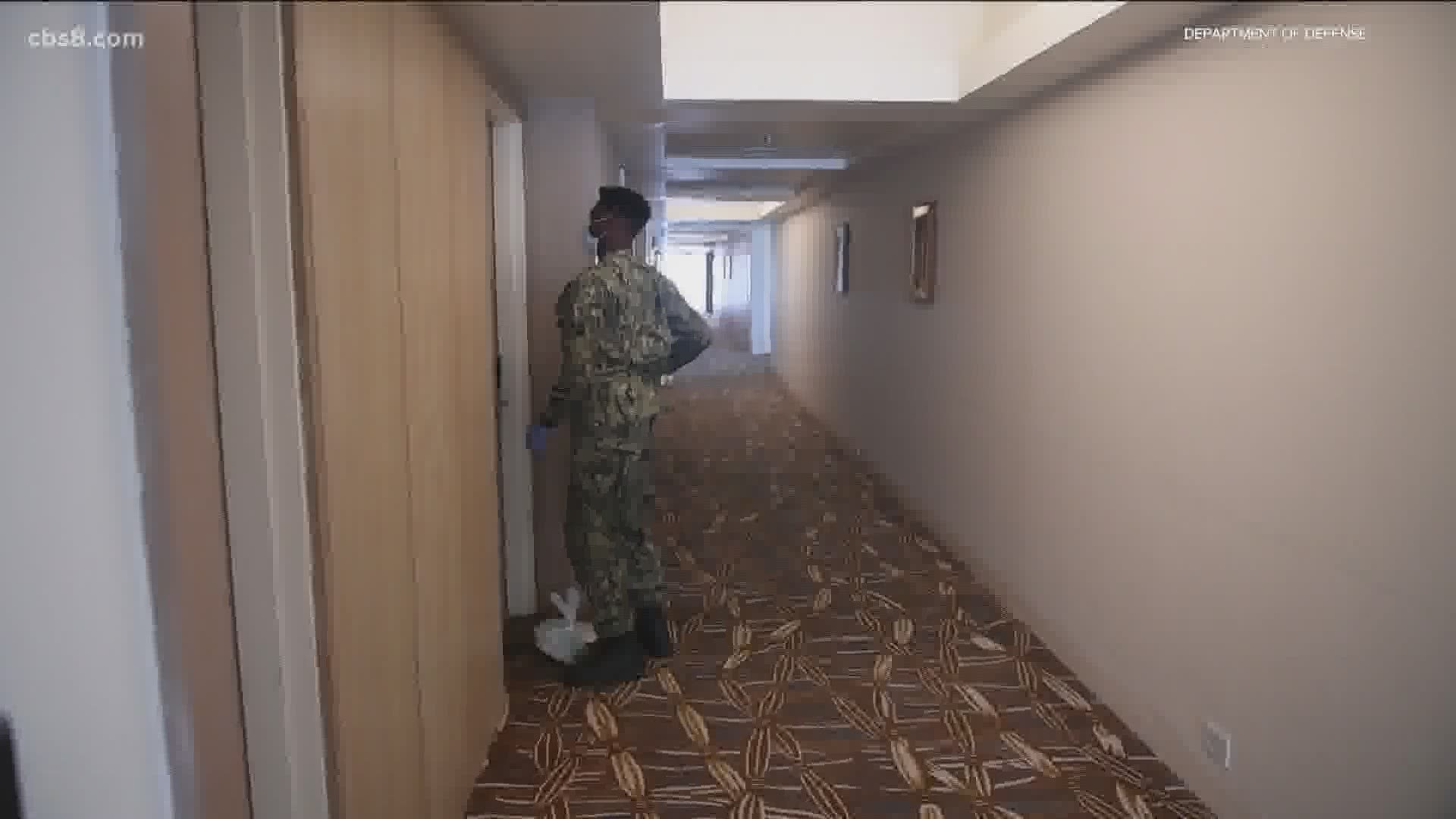 CALIFORNIA, USA — On Wednesday at noon, Governor Gavin Newsom gave an update on COVID-19 in California. You can watch the entire update here.

Newsom announced that local restaurants are keeping busy by delivering three meals per day to seniors.

Newsom also discussed a more than $3 million “farms to families” program with Karen Ross, California’s Secretary of Agriculture. Right now, farmers are experiencing a 50% drop in demand, and much of that food is perishable. Conversely, some food banks are seeing a more than 70% spike in demand. In order to reduce both food waste and address food insecurity, the state is connecting farmers and ranchers to food banks.

“We are very excited and enlivened by this program,” said Newsom.

Newsom and Ross want to extend the program through the end of the year. While Ross has been working on this program for years, it’s now on a much bigger scale due to the pandemic.

The two said that over 200 new farmers and ranchers want to participate in the program.

“If there’s just not enough money to cover the farmers’ cost of harvesting that [food], they will pay a portion of the harvest costs to be able to get it, transport it, into the central food bank so it can be repackaged and redistributed up and down the state to 41 food banks,” said Ross.

California is the #1 agriculture state in the country.

“If you’ve had a salad today, there’s a 50/50 chance all of the product in that salad came from the great state of California,” said Ross.

As of Tuesday, people who receive CalFresh benefits can now shop for groceries online through retailers like Walmart and Amazon. On Wednesday, Newsom announced an additional $365 EBT available for children and families, particularly for the 3.8 million kids eligible for reduced or free lunch statewide that are now learning from home.

Newsom said more than $1.2 billion in unemployment was distributed alone statewide on Tuesday.

The still unofficial Los Angeles Superior Court lawsuit brought by Judicial Watch Inc. represents the two plaintiffs, state taxpayers Robin Crest and Howard A. Myers. The plaintiffs are asking a judge to find the payments an illegal expenditure of taxpayer money. They also want a permanent injunction preventing taxpayer money from being made available to "unlawfully present aliens."

The plaintiffs also name as a defendant Kim Johnson, director of the state Department of Social Services, who is tasked with overseeing and administering the expenditure.

A representative for Newsom did not immediately reply to a request for comment.

According to the plaintiffs, Newsom's plan, announced April 15, would provide about 150,000 undocumented immigrants with a one-time cash payment of $500 with a cap of $1,000 per household.

The plaintiffs maintain the program would actually cost $79.8 million because of the additional cost of administering it through non-profit organizations.

The recipients would receive payments beginning in May and 40,000 of the 150,000 targeted people live in Los Angeles County, according to the plaintiffs. Myers and Crest maintain the state Legislature has not enacted "any law which affirmatively provides that unlawfully present aliens are eligible for those public benefits."

Last week, another group, the Center for American Liberty, filed an emergency petition with the state Supreme Court asking for a stay on Newsom's action. The plaintiffs are Whittier City Councilwoman Jessica Martinez and Ricardo Benitez, an immigrant from El Salvador who is now a U.S. citizen.

They are vying for Assembly District seats in the San Gabriel and San Fernando valleys, respectively.