Steppin’ Out with Ben Vereen

Join the legendary Ben Vereen for an unforgettable evening (or two!) of song and dance! 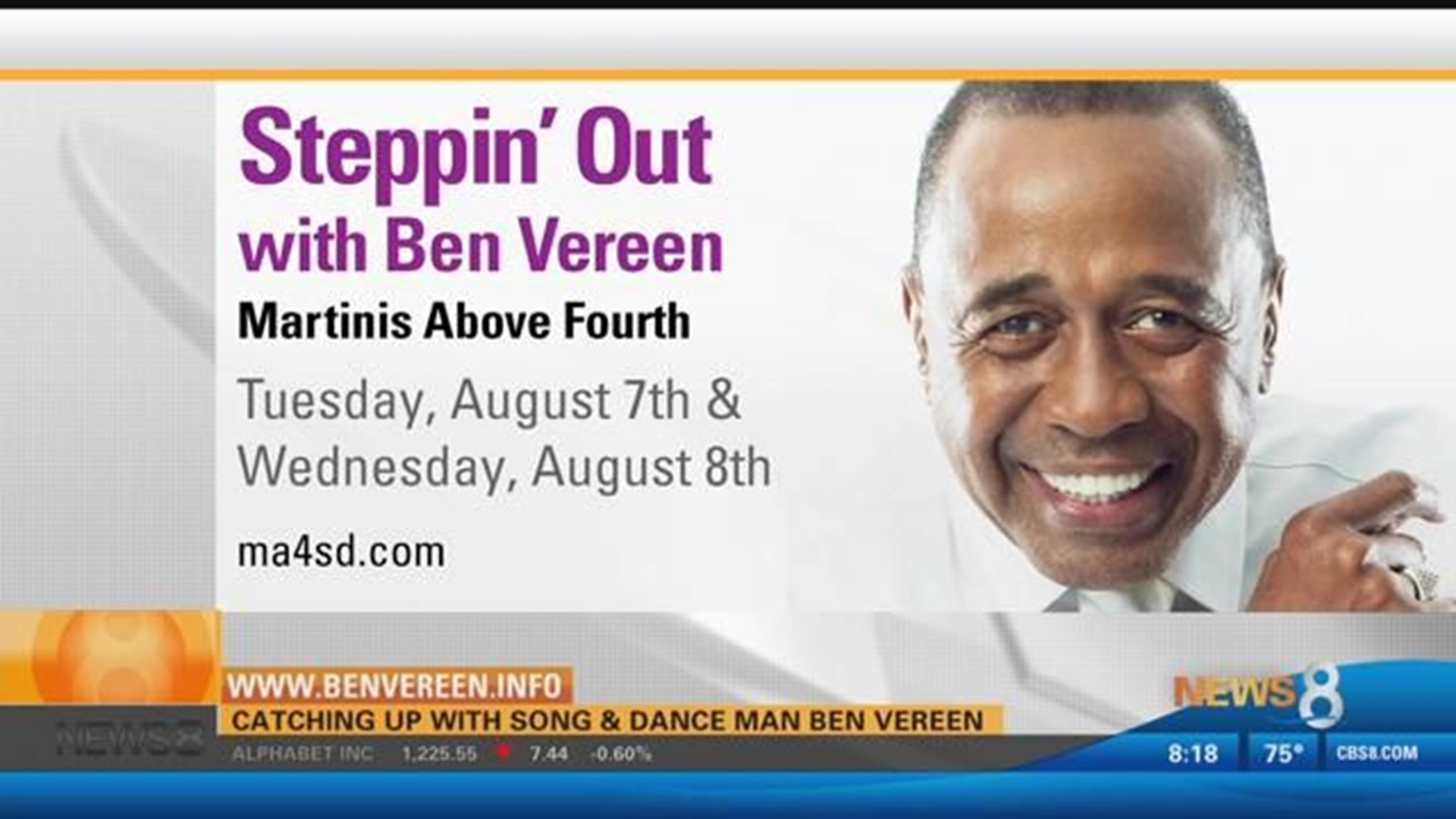 SAN DIEGO - Few entertainers today are as accomplished as Ben Vereen is.

A Broadway legend, he won a Tony Award for 'Pippin' and starred in phenomenal musicals as 'Jesus Christ Superstar', 'Fosse', 'Chicago' and 'Wicked', to name a few.

He is remembered for films like ‘Sweet Charity’ and ‘All That Jazz,’ and he became a household name with the groundbreaking television series ‘Roots’ and now the popular Amazon series ‘Sneaky Pete’.

'Steppin’ Out With Ben Vereen' is an evening of song and dance mixed with stories of his life, seasoned with insight and humor, as he performs signature numbers such as: ‘Defying Gravity,’ ‘Mr. Bojangles,’ ‘Magic To Do,’ and ‘Life Is Just A Bowl of Cherries.’

The Cooper Company and Martinis Above Fourth Table + Stage are pleased to present Ben performing his popular stage show, Steppin’ Out with Ben Vereen, coming up for two nights only on August 7 and August 8. Doors open at 6 p.m. for dinner and seating, the show starts at 8 p.m.

For reservations and more information about Ben's upcoming shows at Martinis Above Fourth Table + Stage, click here or call 619.400.4500.