Stoned drivers: How high is too high to get behind the wheel?

Stoned drivers are put to the test on a closed test track in Washington State, under police supervision. 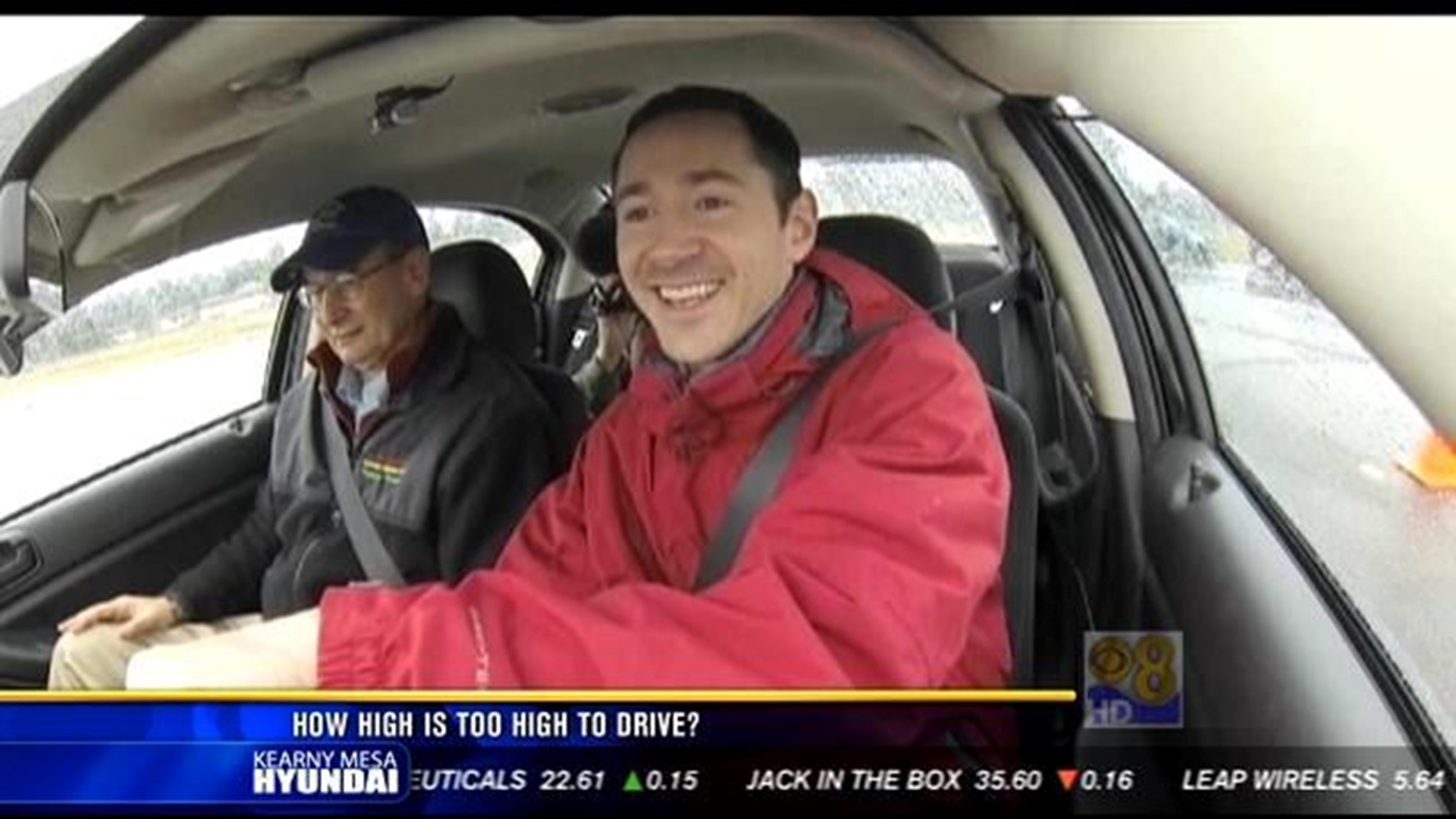 SAN DIEGO (CBS 8) -- Ever since California voters legalized medical marijuana in 1996, DUI defense attorneys have seen an increase in the number of arrests for driving stoned.

But exactly how high is too high to drive?

When the test drivers were just a little bit stoned, all three drove more cautiously but generally did okay on the test track.  The driving instructor thought they passed the test, even though Addy clipped a stop sign.

After smoking a little bit more pot, the drivers were starting to feel it.

"As I saw them smoke marijuana, I saw their inhibitions go down," said Lykins. "And I saw that the speed of their vehicle, as they smoked more marijuana, increased."

Unlike Washington State, in California there is no legal threshold limit for driving under the influence of marijuana.

Lykins believes there should be.

"MADD would support any effort to establish a reasonable threshold where the majority of the people would be impaired," Lykins said.

"Inhibitions become reduced the more and more you become under the influence, whether it's alcohol or some other type of drug," Lykins continued. "We have seen many reckless driver situations that turn deadly."

If you get pulled over for driving stoned in California, the officer decides whether you get arrested based on a field sobriety test.

"It's much more difficult to establish a threshold with marijuana, because tolerance plays such a big issue into it," said San Diego DUI defense attorney Cole Casey.

THC is the active ingredient in marijuana.  In Washington State, the legal limit for driving a vehicle is 5 nanograms of THC per milliliter of blood. Critics of that threshold say it is too low.

"If you have smoked a little bit of marijuana but you're not unsafe to drive, you should feel free to be able to drive. It should not be a crime simply because you have marijuana in your system," said attorney Casey.

MADD reminded drivers that non-medical use of marijuana in California is illegal; and that the best way to prevent alcohol-impaired driving is to have a designated driver.

"We're never against going out and having fun, but on the issue of getting home safely, always make a plan to do so," said Lykins.