A community planning board voted on Thursday night to recommend a proposal that addresses a set of rogue stop signs that sprouted up in a Point Loma neighborhood last year. 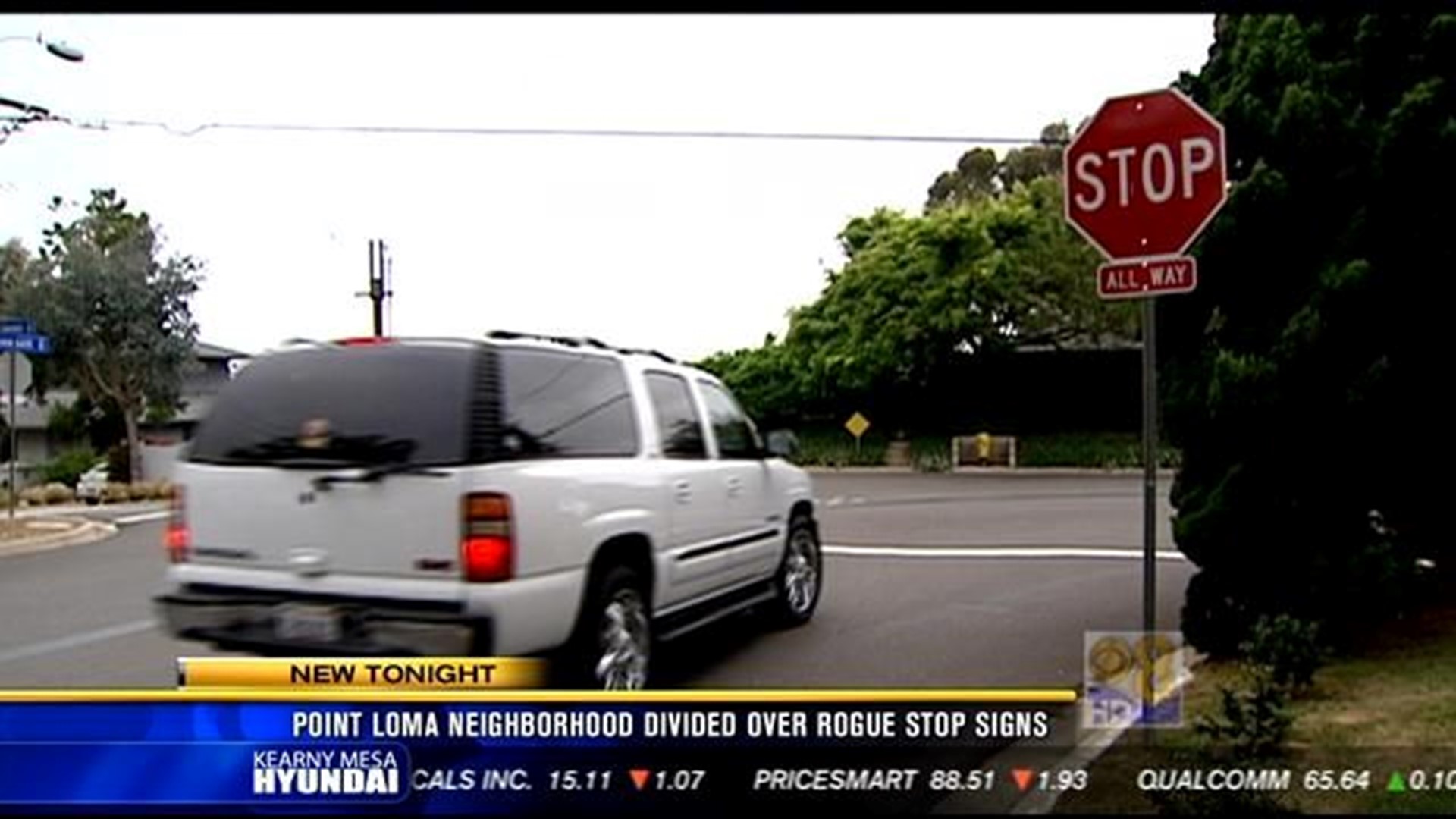 POINT LOMA (CBS 8) – A community planning board voted on Thursday night to recommend a proposal that addresses a set of rogue stop signs that sprouted up in a Point Loma neighborhood last year.

The vote was not what many in attendance were expecting. Some wanted the new signs to be replaced with the yield signs that once stood in their place, while others wanted the new, amateur signs to stay up.

Speeding drivers have been a concern with a particular Point Loma neighborhood since at least 2000. But like the lanes along Jennings Street, opinions on a solution are divided.

"I absolutely feel it's safer for everybody in the neighborhood since they've put the stop signs in," said Tess Maloney, who lives near the site of one of the mysterious stop signs was erected.

Another group of residents feels the additional stop signs pose additional dangers for drivers unaccustomed to seeing them.

"The stop sign here was actually a yield sign before vigilantes took down the yield sign and put up a stop sign in the middle of the night," said Bob Sevrens, a Point Loma resident who opposes the new stop signs.

Residents say the stop signs were likely put up after some grew tired of waiting for the city to address an issue with speeding drivers along a sharp curve near Jennings Street.

There are currently five stop signs within a 150-foot radius near Jennings Street at Albion Street and Silvergate Avenue.

Sevrens fight to get the rogue stop signs replaced with the old yield signs hit a climax at a community planning meeting Thursday night.

The Peninsula Community Planning Board had been tasked with finding a compromise to then recommend to the city.

However, several members recused themselves from voting because of various reasons including their own inexperience with the issue.

Afterwards, the recommendation was seen as disappointing for both sides.

"We're neither [excited or upset]," said Will Stout, a neighbor who is in favor of the new stop signs. "This recommendation was clearly a compromise."

For Sevrens, he left the meeting seeing red.

"You don't reward illegal behavior which is what this board did tonight," said Sevrens.

The recommendation will head to Councilman Kevin Faulconer, who will then have to make a decision to send to Mayor Bob Filner's office.

No specific timetable has been set.