Stop the Bleed: A call for tourniquets at parks, public buildings

The Board of Supervisors Tuesday is set to consider a proposal to keep tourniquets in government buildings to help boost survival rates in the event of a mass shooting. 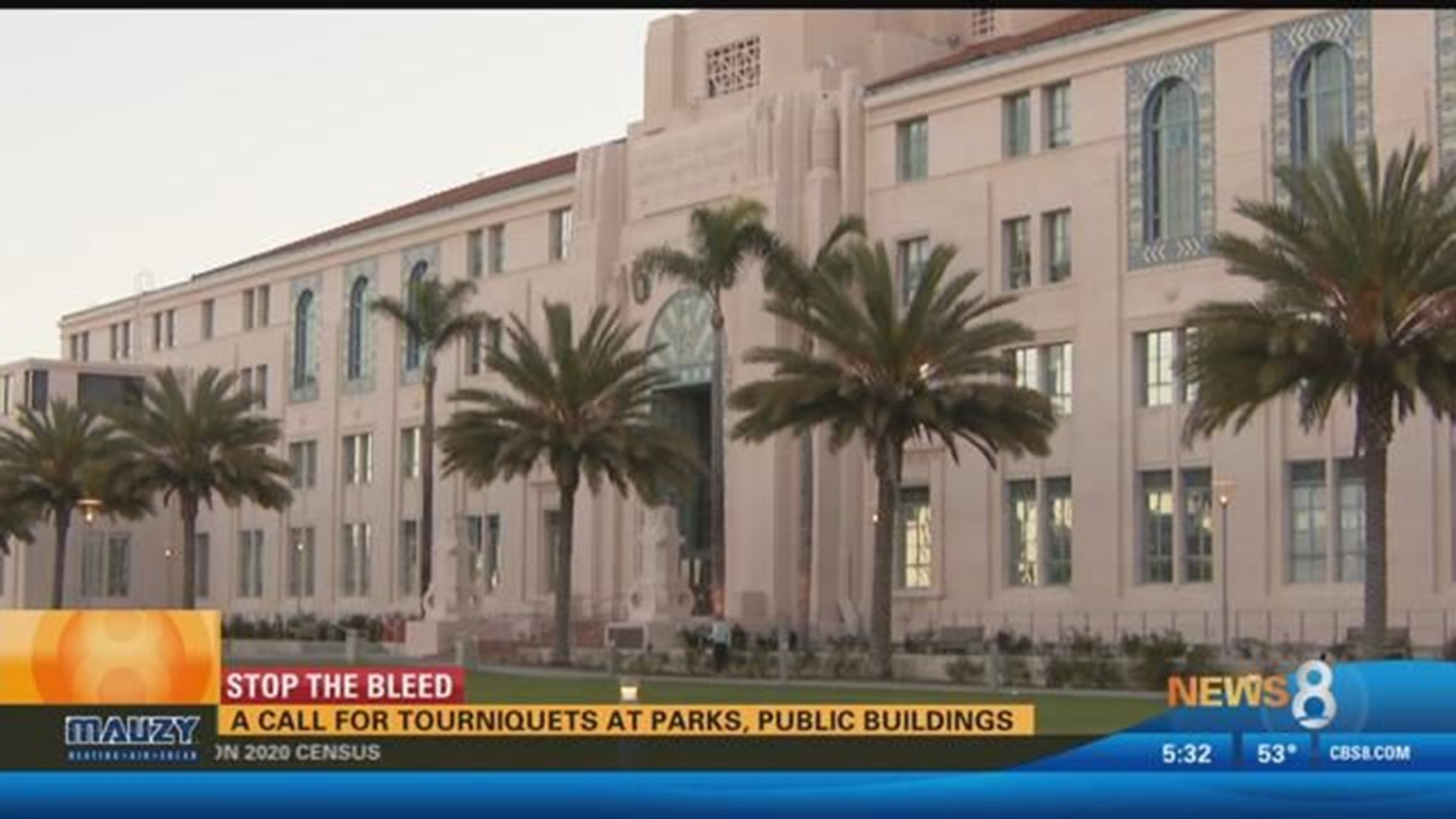 SAN DIEGO (CNS) - The Board of Supervisors Tuesday voted to direct county staff to explore keeping tourniquets in government buildings to help boost survival rates in the event of a mass shooting.

County Supervisors Dianne Jacob and Ron Roberts introduced the idea of placing tourniquets at county parks and buildings, educating staff on how to use them and encouraging other public agencies to launch their own "Stop the Bleed" effort. The national campaign promotes knowledge of first aid to stop bleeding.

The board today voted to instruct county staff to study how to implement such a program and to lobby the state Legislature to implement it on a wider scale.

Jacob and Roberts likened placing tourniquets in parks and offices to the ubiquitous presence of defibrillators in public places. Easy access to the first-aid devices means that bystanders can help someone while waiting for first responders to arrive, they said.

"Controlling bleeding immediately is the most effective way to save a life," according to a report prepared by Jacob and Roberts for their board colleagues. "Soldiers on the battlefield, law enforcement, firefighters and paramedics in our communities all carry and use tourniquets to control bleeding of the extremities."

Use of the tourniquets would not be limited to a mass shooting. Common traumas in San Diego County that cause bleeding include falls, traffic collisions and assaults, according to the supervisors.

Mass shootings resulted in the death of 17 people at a high school in Parkland, Florida, last month, 26 people at a church in Sutherland Springs, Texas, last November and 58 attendees at a country music festival in Las Vegas last October.