Story about a young boy's heart is sure to touch yours

They say home is where the heart is, but after more than 100 days in the hospital one local boy can't wait to be back in his own bed. 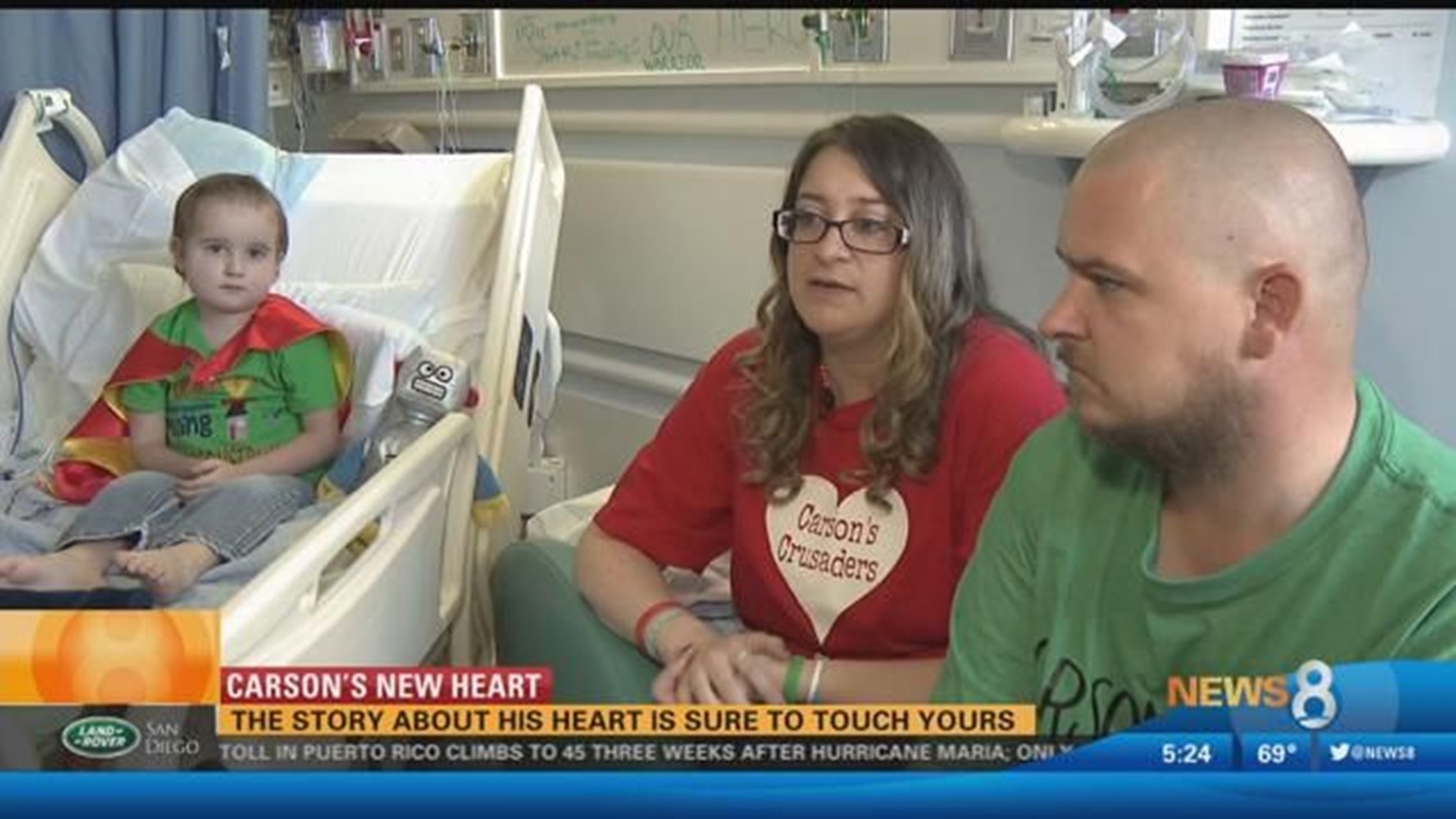 SAN DIEGO (NEWS 8) — They say home is where the heart is, but after more than 100 days in the hospital one local boy can't wait to be back in his own bed.

On Wednesday, 4-year-old Carson O'Neill finally got to go home after receiving a heart transplant.

At first glance, one would think Carson was your average little boy.

But beyond his playfulness and cute grin is a story of survival most children his age will never experience.

Carson has Kawasaki disease - a disorder that causes inflammation in the walls of arteries throughout the body.

It's the most common cause of acquired heart disease in children but the symptoms often go misdiagnosed.

"Kids present with fever, they can have rash, red eyes, swollen hands and feet, they can also get redness of the lips, and swelling of the nose and neck as well," said Dr. Adriana Tremoulet.

At four months old, doctors near his home in Menifee thought he had a food allergy.

For years, they were able to monitor and maintain it.

Then, this past June, Carson went into cardiac arrest.

"He went pale, his chest was hurting, he was clammy, he vomited in the back of the ambulance," said Carson's mother Gina O'Neill.

The left side of Carson's heart was completely blocked and his parents Gina and Mike didn't know if he'd survive.

"He was on life support and ECMO was keeping him alive," said Gina.

Once stabilized, doctors gave him an external artificial heart called a Berlin.

"He was quite sick and his body needed to be supported until he could wait for the appropriate donor," said. Dr. John Nigro who performed Carson's heart transplant last month. "I think he took to the heart pretty quickly."

So quickly that after 112 days in the hospital he was able to go home on Wednesday - far sooner than anyone expected.

When asked what he's most looking forward to, Carson said:

As for Carson's parents, they're relieved and thankful saying Carson now has a bright future ahead.

"He wouldn't be here without the doctors here and the donor family making that decision," said Gina.