The union representing more than 10,000 San Diego County employees is scheduled Friday to deliver a notice of an intention to go on strike over what they decry as unfair labor practices. 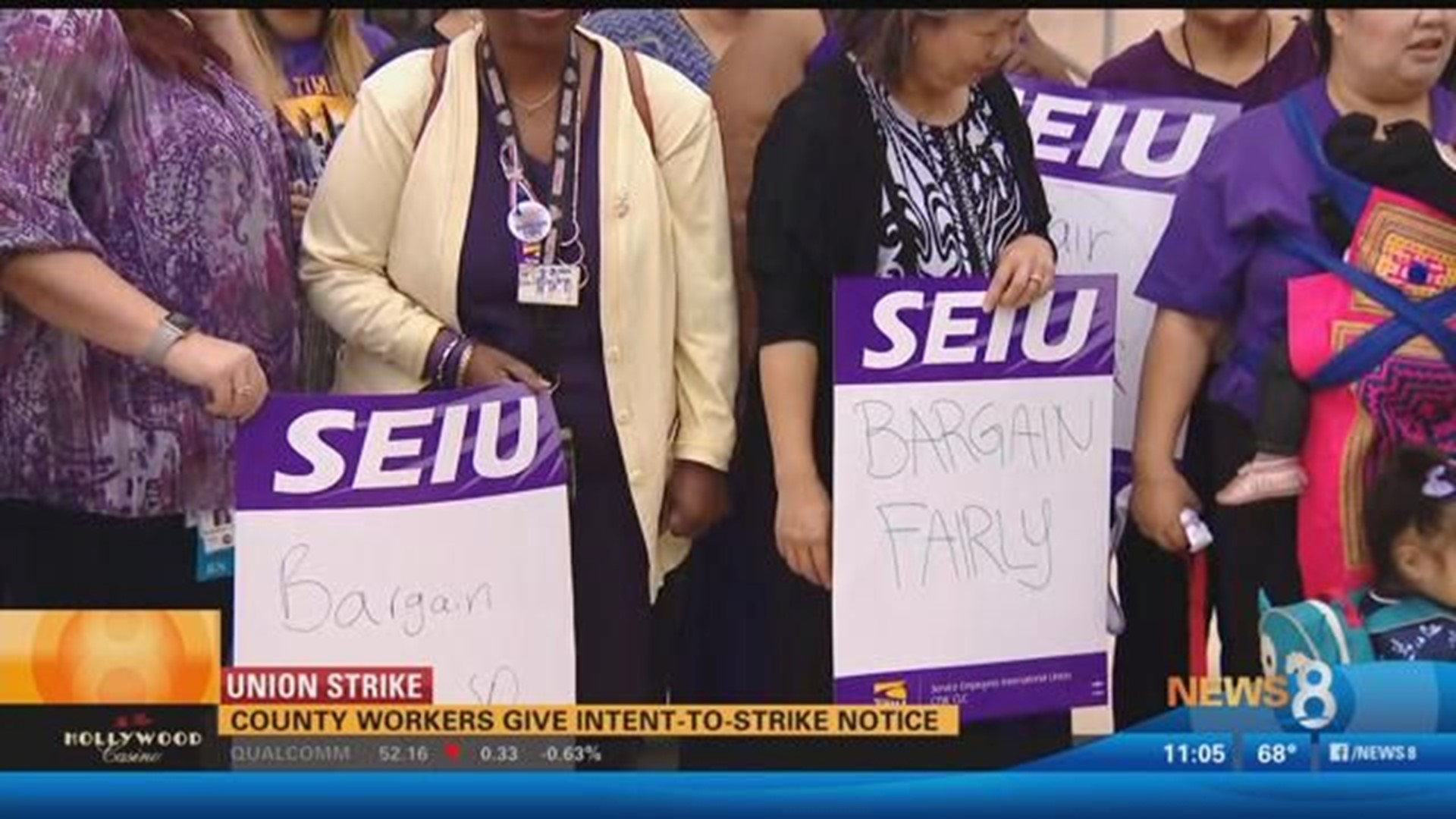 SAN DIEGO (NEWS 8/CNS) - The union representing more than 10,000 San Diego County employees delivered Friday a notice of an intention to go on strike over what they decry as unfair labor practices.

The strike would begin Sept. 5 or later, though no specific date has been set, according to Service Employees International Union Local 221. A meeting scheduled for Tuesday night could result in a more specific time frame.

Union officials alleged that county management, among other things, took a "take it or leave it" approach to bargaining, set "unlawful and arbitrary" deadlines to complete negotiations and threatened a penalty for failure to meet the deadlines. A county spokesman rejected the accusations.

The SEIU previously agreed to give management 10 days notice of a strike. The union action comes about a week after several mediation sessions were held between the two sides.

"They would also receive $5,250 in cash stipends," Workman said. "Four other county unions have accepted this deal. It is fair to the employees as well as the taxpayers."

He said the wage increase is 3 percent in each of the first three years, and 2 percent in both of the final two years. The stipends would be paid out at over $1,000 a year.

The union complaints about arbitrary deadlines are over flex benefits, which are set during the open enrollment process that the county can't change, according to Workman. He said a ratified agreement needs to be in place by Aug. 31 for SIEU members to receive the benefit increase next year.

If a strike occurs, the county will implement a plan to maintain operations. Certain employees deemed essential would not walk off their jobs, according to Workman.