San Diego State University students voiced their anger towards the university's president after flyers began circulating with names of students with alleged connections to the Boycott, Divest and S... 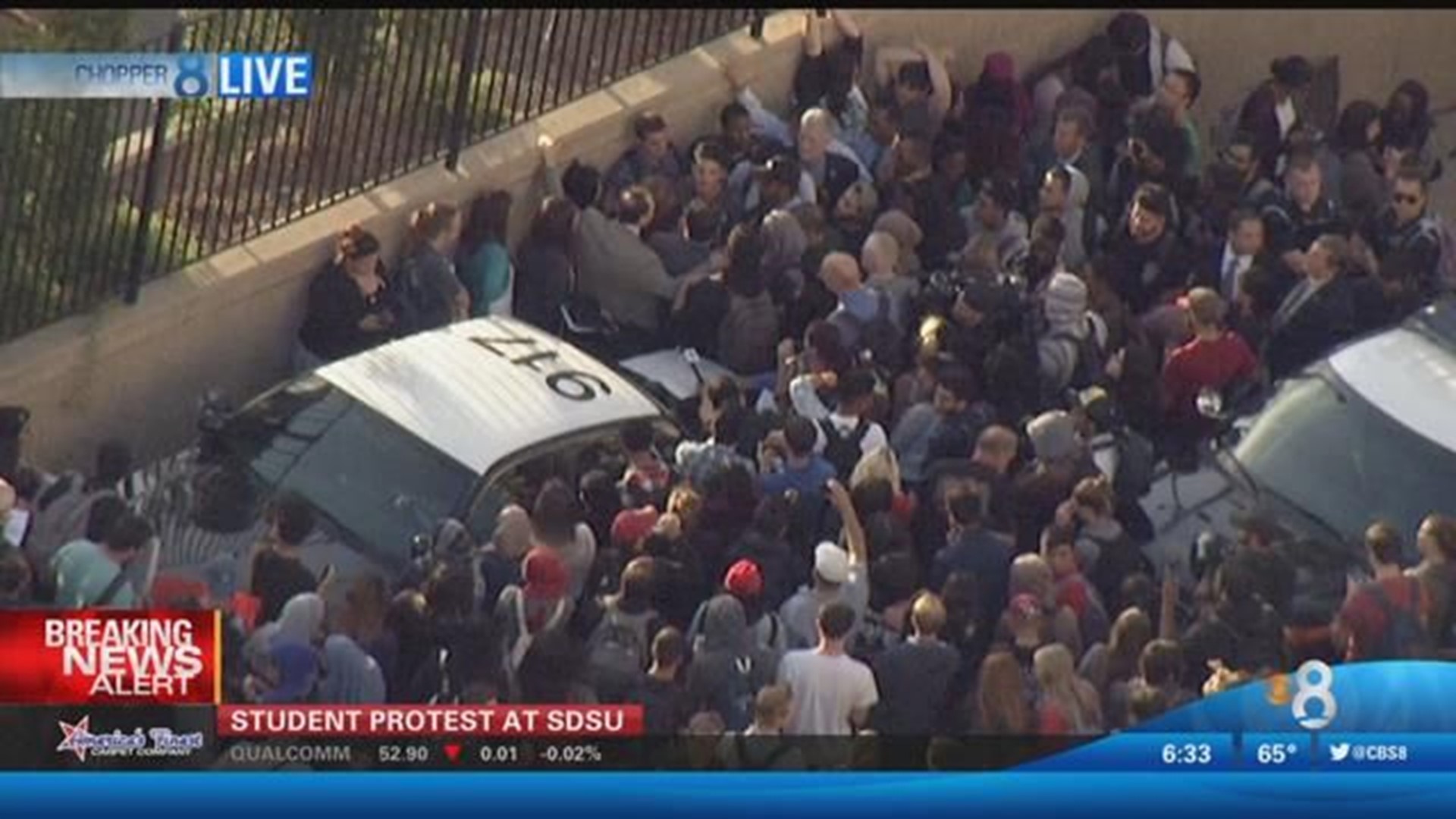 It all began on the third floor of the Student Union where protesters knew the president would be, so they waited for him. They followed him down the stairs and out the door, where he ended up inside a police car for more than an hour.

According to students, they had tried to speak with the president, Elliott Hirshman, for days without any success.

When students confronted San Diego State University's president on Wednesday, they would not let him leave until they were heard.

During the protest, one student accused Hirshman of not defending his students.

The flyers causing outrage were posted by the Horowitz Freedom Center. They list the names of SDSU students and faculty who supposedly allied themselves with Palestinian terrorists.

One of those individuals on the list was Tessa Wiley.

"I had people from my classes that did not know I was part of activism, and they were like, why is your name up there," she said.

In response to the flyers, the school issued an email that said it supports the rights of all parties to voice their opinions on political issues, whether supportive or critical.

The university, in the email, recognized that naming specific students because of their political beliefs could discourage others from taking part in political discussions.

"He did not condemn it. He did not come out and say - we do not stand for this. These are students, not terrorists," said Wiley.

After an hour, Hirshman emerged from the police car and spoke to students and protesters, but many believe it was not enough.

A spokesperson for SDSU said Student Affairs reached out to all the students whose names were on the list. He said it's not that the school did not respond, the students did not like the response of the university.

According the the spokesperson, there is the potential for a meeting between the administration and some of the students who demonstrated Wednesday in the near future.

Similar posters have popped-up at UC Berkeley and UC Los Angeles. Officials at both schools have publicly denounced them.