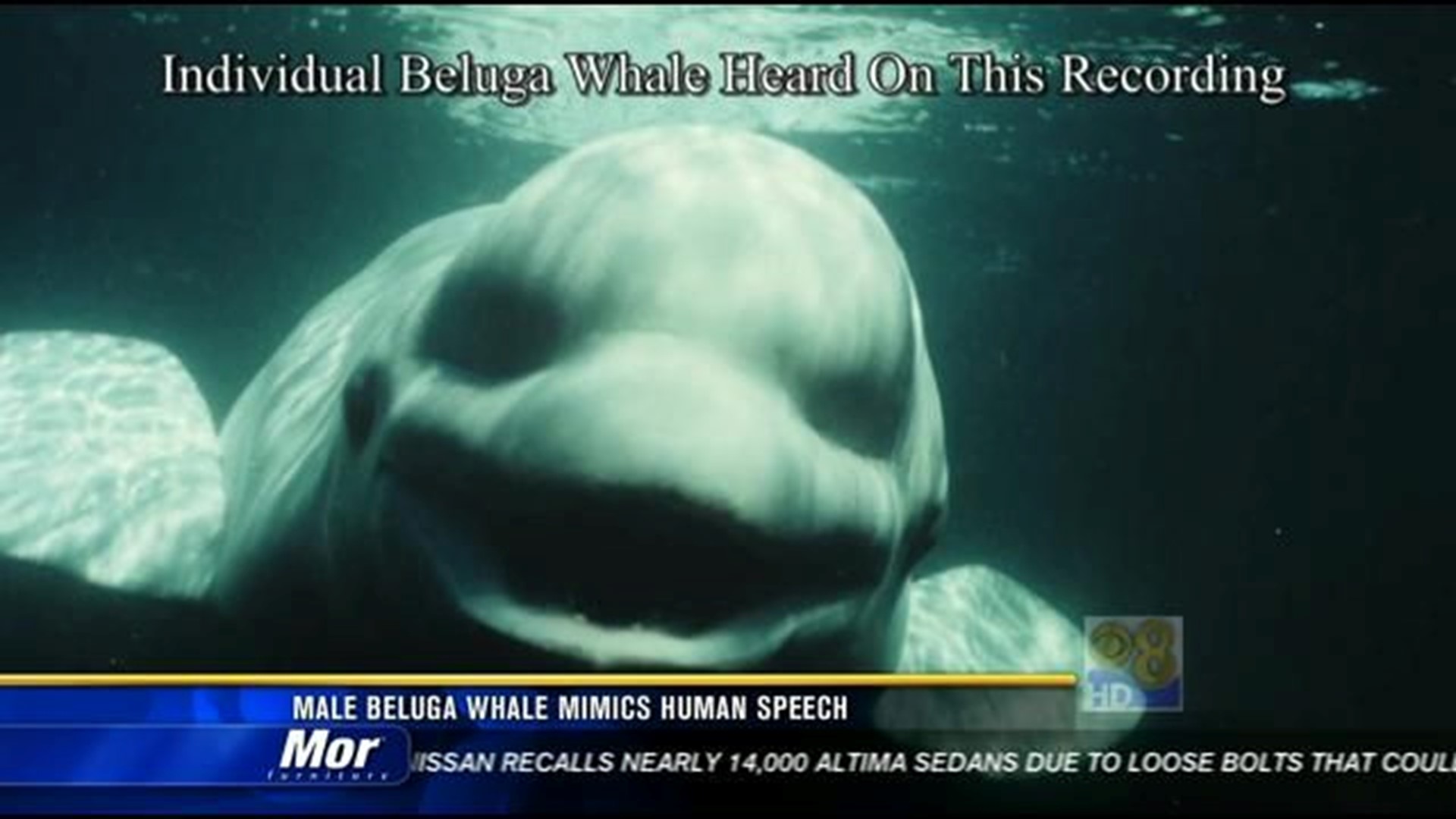 SAN DIEGO (AP) — It could be the muffled sound of singing in the shower or that sing-songy indecipherable voice from the Muppets' Swedish Chef.

Surprisingly, scientists said the audio they captured was a whale imitating people. In fact, the whale song sounded so eerily human that divers initially thought it was a human voice.

Handlers at the National Marine Mammal Foundation in San Diego heard mumbling in 1984 coming from a tank containing whales and dolphins that sounded like two people chatting far away.

It wasn't until one day, after a diver surfaced from the tank and asked, "Who told me to get out?" did researchers realize the garble came from a captive male Beluga whale. For several years, they recorded its spontaneous sounds while it was underwater and when it surfaced.

Scientists think the whale's close proximity to people allowed it to listen to and mimic human conversation. It did so by changing the pressure in its nasal cavities. After four years of copying people, it went back to sounding like a whale, emitting high-pitched noises. It died five years ago.

Dolphins and parrots have been taught to mimic the patterns of human speech, but it's rare for an animal to do it spontaneously.

The study is not the first time a whale has sounded human. Scientists who have studied sounds of white whales in the wild sometimes heard what sounded like shouting children. Caretakers at the Vancouver Aquarium in Canada previously said they heard one of the white whales say its name.