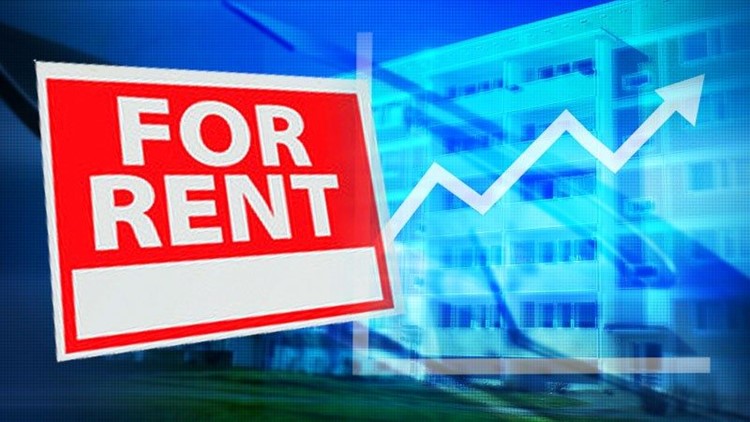 Study: Rent in San Diego to see steep rise by 2018

Study: Rent in San Diego to see steep rise by 2018

SAN DIEGO (CNS) - Apartment-dwellers in San Diego County can look forward to the highest projected rent increases in Southern California over the next two years, thanks to growing demand and low vacancy rates, according to a report released Tuesday.

The study prepared by Beacon Economics for the USC Lusk Center for Real Estate said average rents are expected to rise by $155 -- to $1,577 -- over the next two years in San Diego County.

Elsewhere in Southern California, rents are projected to climb by $109 in Los Angeles County, $149 in Orange County and $84 in the Inland Empire.

The rent hikes and continued high demand are in spite of more than 38,000 new apartments being planned across the four areas, according to the 2016 USC Casden Multifamily Forecast.

"Though multifamily construction permits are back to pre-recession levels and have provided some relief, population and employment growth are driving up demand faster than new inventory can hit the market. For renters, new construction has simply kept a bad situation from getting drastically worse," said Raphael Bostic, interim director of the USC Lusk Center for Real Estate.

The report notes that the improving national economy and recovery of the housing market should generally provide some relief in the rental market, California home prices are still twice the national average, making apartments a more accessible option for many people in search of a place to live.

"At a national level, it is clear that the great apartment bull market that started at the end of the great recession is coming to an end,'' said Christopher Thornberg, Beacon Economics founding partner. "Local supply constraints combined with solid economic growth implies that the softening will not be experienced locally."

Pressures on the rental market in San Diego County include the region's lowest unemployment rate since 2007 and strong population growth, which offset increased construction. According to the report, nearly 6,300 units were authorized by building permits last year, but the vacancy rate is expected to be 4.8 percent, similar to what it is now.

While new inventory tends to favor higher incomes and more affluent neighborhoods, there is hope for other classes of renters," Bostic said.

"High-end renters are the first to become homebuyers. As the demand for high- end dwellings slows, savvy developers will seek more projects built for people of more modest means."