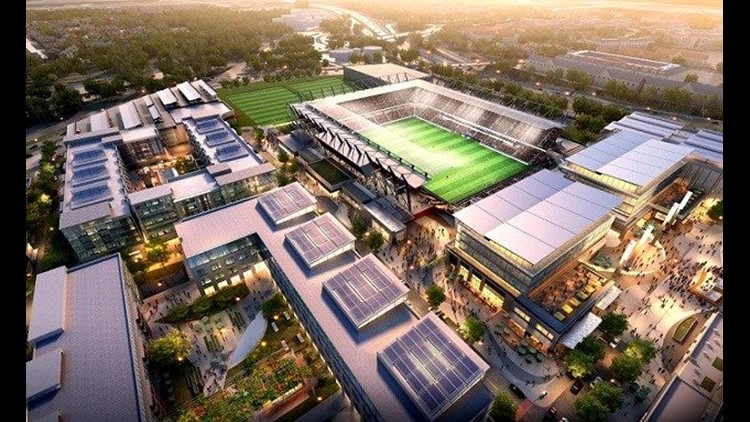 Study: SoccerCity development would generate millions of dollars in taxes

Study: SoccerCity development would generate millions of dollars in taxes

SAN DIEGO (CNS) - The SoccerCity development proposed for the Qualcomm Stadium site in Mission Valley would generate millions of dollars in taxes to help the San Diego Unified School District, the city and the county, according to a study released Tuesday.

The study conducted by the San Diego Regional Economic Development Corporation for the developers found that the project would create a $1.4 billion tax value and generate $21.6 million a year in taxes for the county, the city and the school district.

"We're going to take the Qualcomm Stadium site, which today is a money loser for the city, and turn it into a revenue generator for the region," Goal SD Project Manager Nick Stone said. "It will provide the city county and school district with a new revenue stream to enhance vital services to the public."

The Goal SD group requested that the San Diego City Council place its proposal on the ballot as part of a citywide special election in November as it works with Major League Soccer to bring an MLS team to San Diego.

The league plans to select expansion cities later this fall. To be selected, cities must first have a soccer-sized stadium approved and on track to open for the 2020 season.