San Diego County desert and mountain communities were under a flash flood watch early Saturday, as thunderstorms begin to drop rain in the eastern part of the county at midmorning. 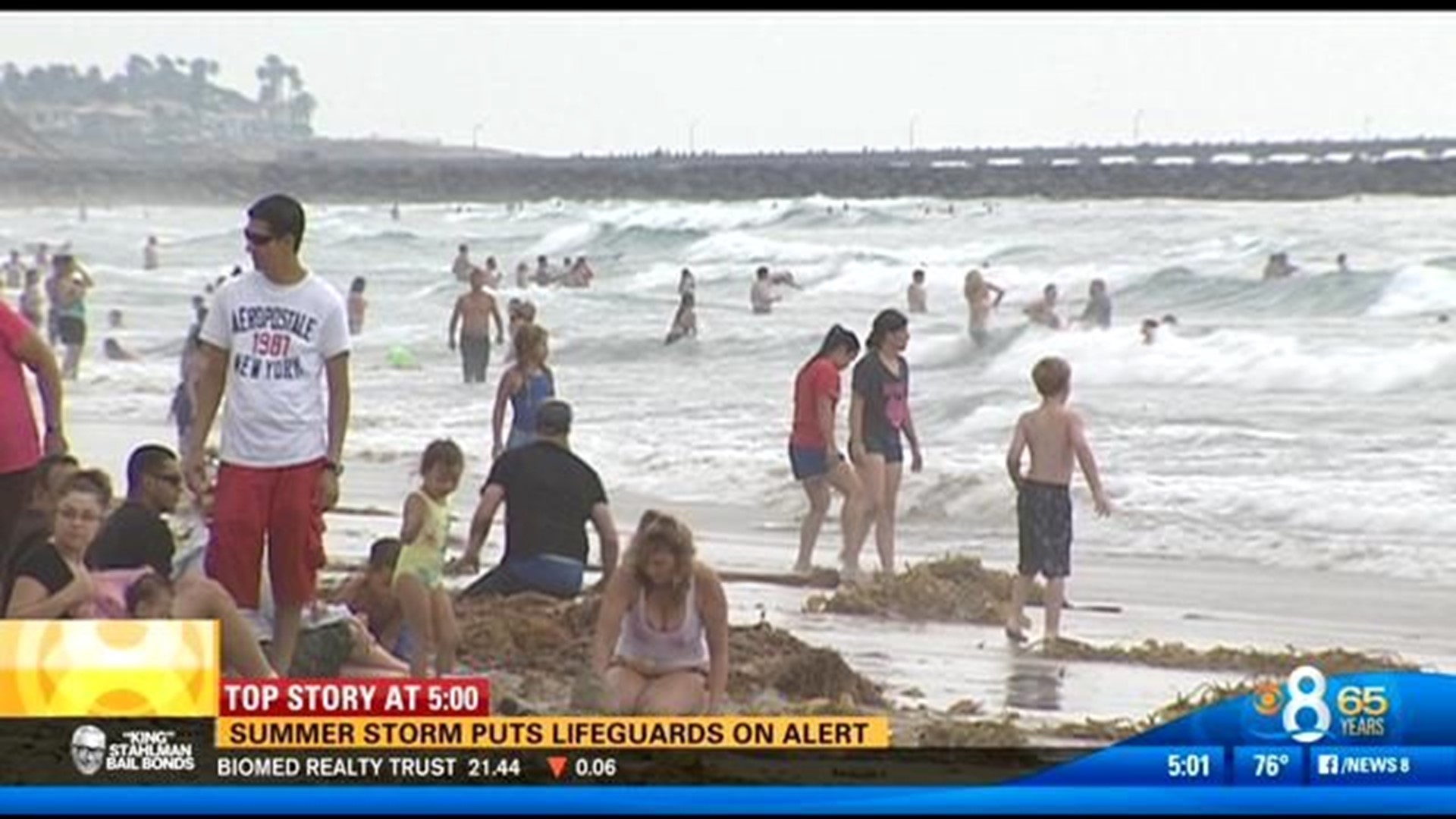 SAN DIEGO (CNS) - Rain created a mess on San Diego County roadways Saturday while desert and mountain communities remained under a flash flood watch for unusual summer thunderstorms that have showered the county for a second straight weekend.

On CHP area roads, including freeways and unincorporated streets in San Diego County and Temecula, there were 105 crashes from midnight to 4 p.m. Saturday, CHP Officer Mary Bailey said. Of those 105 crashes, 82 occurred between 10 a.m. and 4 p.m. when the rain was the heaviest.

Bailey said that on a normal "good weather" day there are usually between 50 and 75 crashes in 24 hours.

The CHP also reported flooding on State Route 79 near the Sunshine Summit volunteer fire station that closed all lanes on the highway for a time.

The National Weather Service said a low pressure system moving into Southern California from Baja California was creating the showers and thunderstorms Saturday and "the thunderstorms in the mountains and deserts will generate very heavy rainfall that could produce flash flooding."

The NWS said that radar images showed "a couple of disturbances combining into one this afternoon that will slowly move across Southern California through Sunday."

The flash flood watch for the desert and mountains went into effect at 4:43 a.m. Saturday and will continue until Sunday evening.

North of the county, strong rain was reported in the Coachella Valley. Nearly two inches of rain fell in the Snow Valley area near Big Bear Lake.