Supporters of the Affordable Care Act rally in Vista

Hundreds of supporters of the Affordable Care Act are holding a rally at the northeast corner of Vista Village Drive and South Santa Fe Road in Vista. 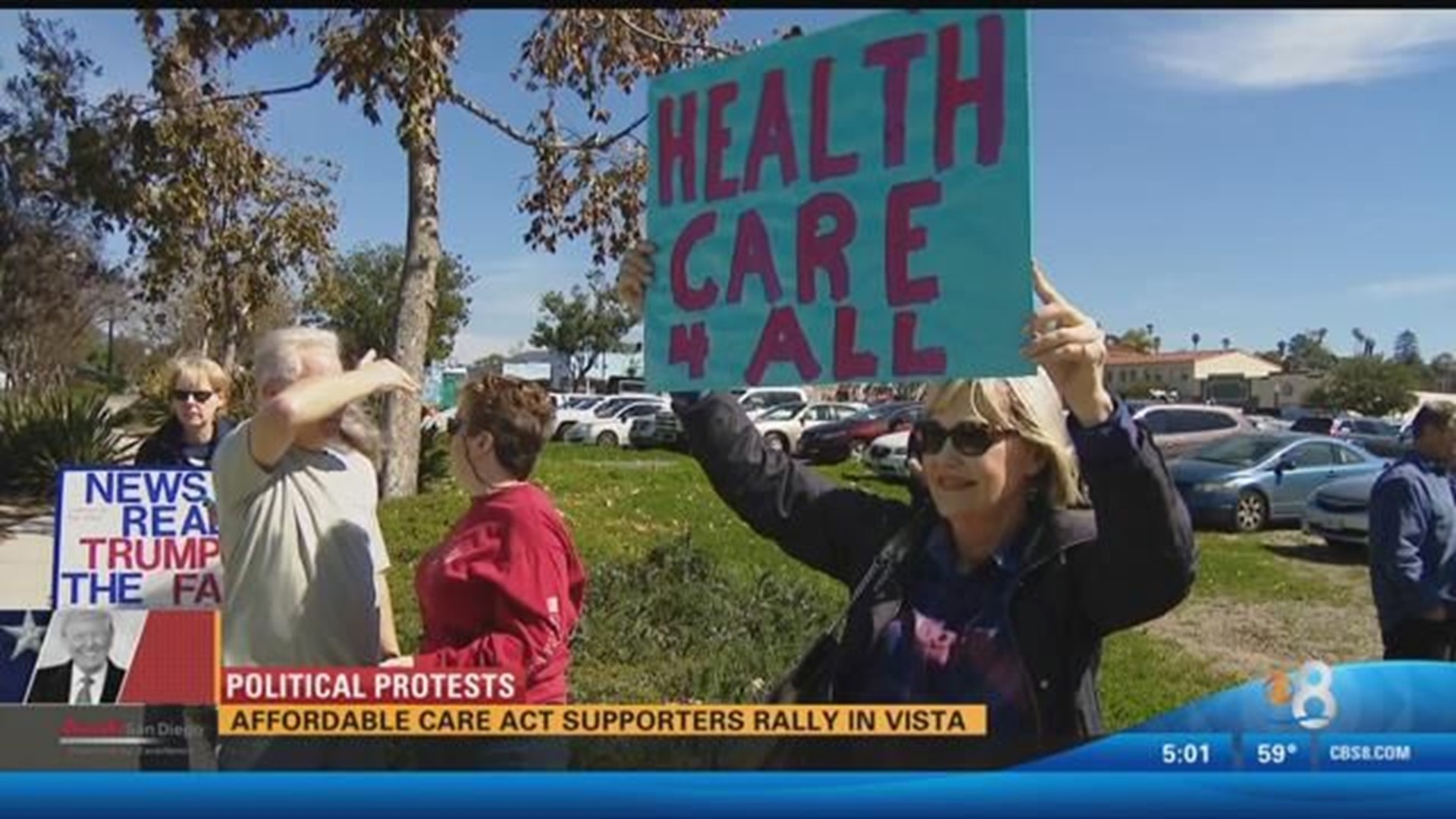 VISTA (CBS 8) - Hundreds of supporters of the Affordable Care Act are holding a rally at the northeast corner of Vista Village Drive and South Santa Fe Road in Vista.

Voters nationwide are asking to meet with their congressperson to discuss healthcare.

In San Diego County hundreds of people have protested weekly outside of Congressman Darrell Issa's office, and have organized their own town hall in Vista.

Protesters say it's a day of reaching out to representatives at the request of Bernie Sanders and arranged by members of the nation-wide group of his supporters, Our Revolution.

They want members of congress to hear their voices, loud and clear: "Don’t repeal the ACA, Medicare, Medicaid, or Social Security. Millions of lives are counting on the coverage provided by these programs."

On Tuesdays since December, Congressman Issa has had up to 270 demonstrators at a time outside his office in Vista.

Each Tuesday, a delegation of the demonstrators has asked to come inside and meet with their congressman to discuss healthcare coverage. Congressman Issa declined to attend a town hall meeting held February 22, and arranged by residents from Congressional District 49, his district.