On Wednesday night Ocean Beach residents met face-to-face with the councilwoman who is pushing for police cameras along Ocean Beach. 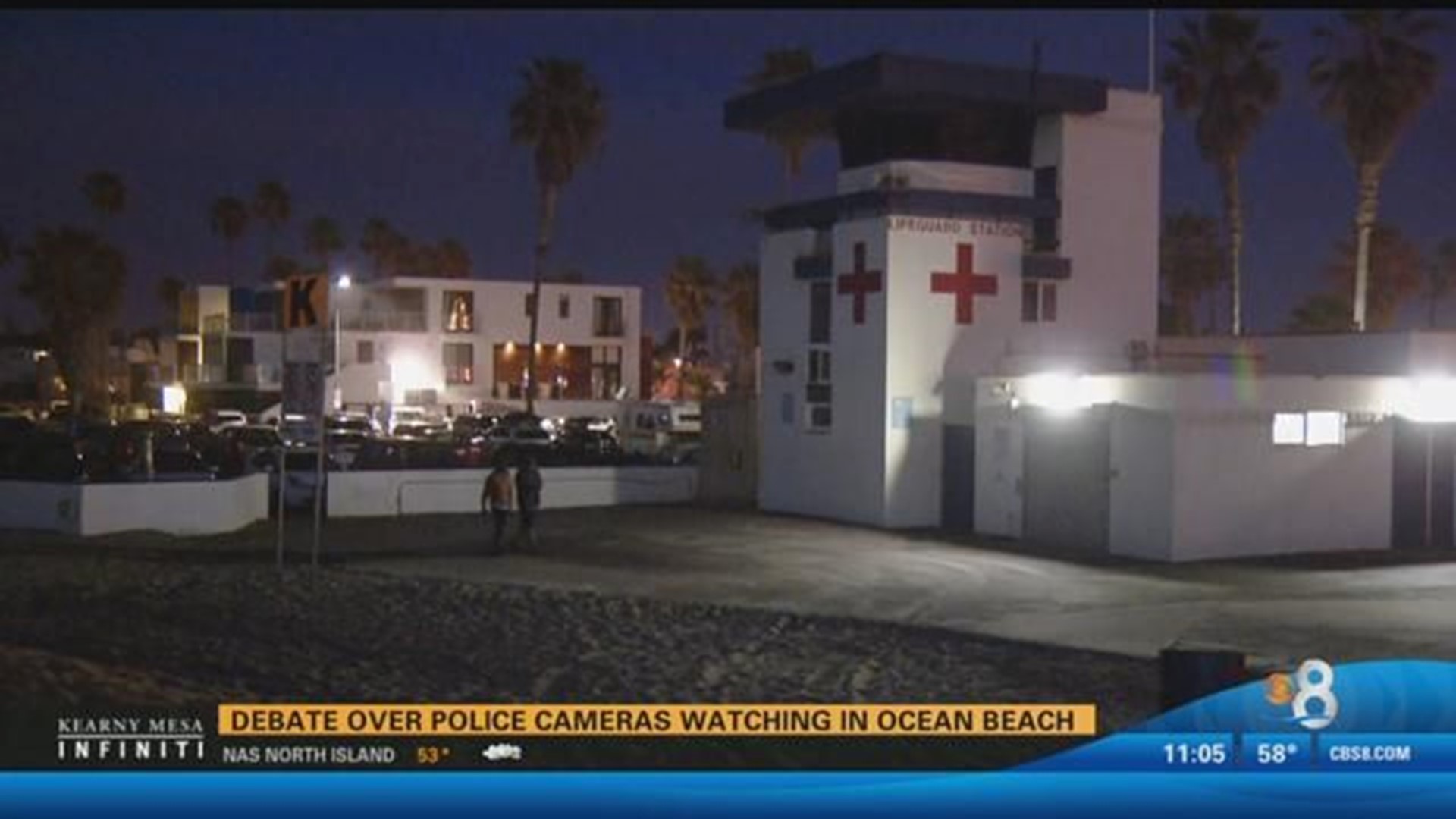 Councilwoman Lorie Zapf has been met with resistance since she announced her 2016 legislative proposals, and on Wednesday night, the focus was on her push for surveillance cameras along the waterfront.

An Ocean Beach resident said he has seen people smoking crack and homeless people stabbing each other with razor blades.

The surveillance cameras are set to go up in two weeks and they will record both beach and boardwalk activity.

“What we would like to see instead of more cameras facing the beach is heightened community policing,” said Rick Callejon, who opposes the installation of cameras.

Some Ocean Beach residents are in favor of the cameras.

“There is crime. If we need to up cameras, if we need to put more boots on the ground, something needs to be done,” said John Detommaso.

In 2015, Zapf rallied the council to approve $25,000 for the police department to install ten cameras.

“If there is an assault, if there is some kind of crime they can go back and capture that so you can catch the criminal,” said Councilwoman Lorie Zapf.

Those opposed to the cameras worry about privacy, but Zapf reassured residents that privacy will be respected and that there isn't someone sitting in a booth somewhere monitoring the cameras.

Zapf says that the cameras will not be manned. The cameras are to be installed in lifeguard towers and they will record video on a three to seven day loop. After those loops are complete, the content will be automatically erased.

In a statement to CBS News 8, the Ocean Beach Town Council said:

"Without unanimous support, the Ocean Beach Town Council Board of Directors supports the installation of ten (10) SDPD security cameras along our public waterfront, but we call upon SDPD and Councilmember Zapf’s office to revisit the effectiveness of the cameras in one year and to share with the OBTC and our community an analysis of crime statistics in the affected and surrounding areas and a summary of how many crimes were addressed in connection with the cameras.”

Zapf said before the cameras go up in two weeks, signs will be posted about the cameras.