Surveillance video of 'person of interest' in homeless killings

Two homeless men have been killed within 25 hours near Mission Bay Park, a third man was slashed, and San Diego police are asking the public to help them find the man 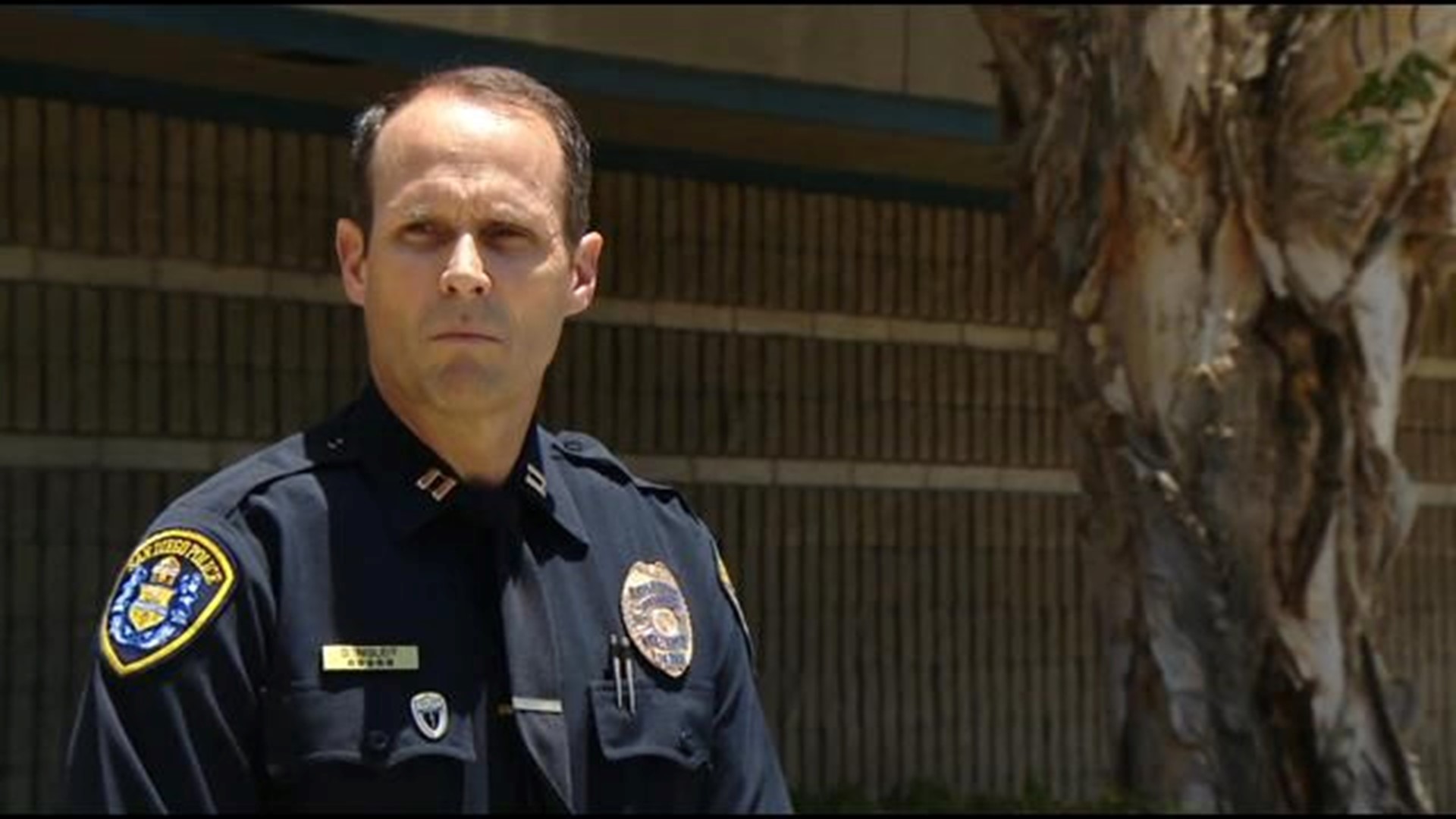 SAN DIEGO (CNS) - Authorities are on the lookout Tuesday for an unidentified man believed to have murdered two transients in Bay Park and Ocean Beach -- setting the body of one of them on fire -- and wounded a third within a 24-hour period.

The body of the first victim, 53-year-old Angelo De Nardo of San Diego, was found in flames in an open area off the 2700 block of Morena Boulevard shortly after 8 a.m. Sunday, according to police.

Witnesses to the attack told investigators they saw a man running across nearby Interstate 5, carrying a gas can.

An autopsy determined that De Nardo had been killed prior to being set ablaze, Lt. Manny Del Toro said. The cause of death was not released.

Shortly before 5 a.m. Monday, a second homeless man was found bleeding from stab wounds to his upper body in the 3700 block of Greenwood Street, near Valley View Casino Center in the Midway district. He was hospitalized in critical condition.

Less than 90 minutes later, another transient was found dead in the 2500 block of Bacon Street, in a coastal neighborhood about three miles from the scene of the second attack. His name has not been released.

Surveillance cameras at a convenience store near the site of the initial killing captured grainy images of a man believed  to be the perpetrator.