District Attorney Bonnie Dumanis is scheduled to hold a news conference Tuesday at 11:00 a.m. regarding the release of surveillance video of an officer-involved shooting in the Midway District, whi... 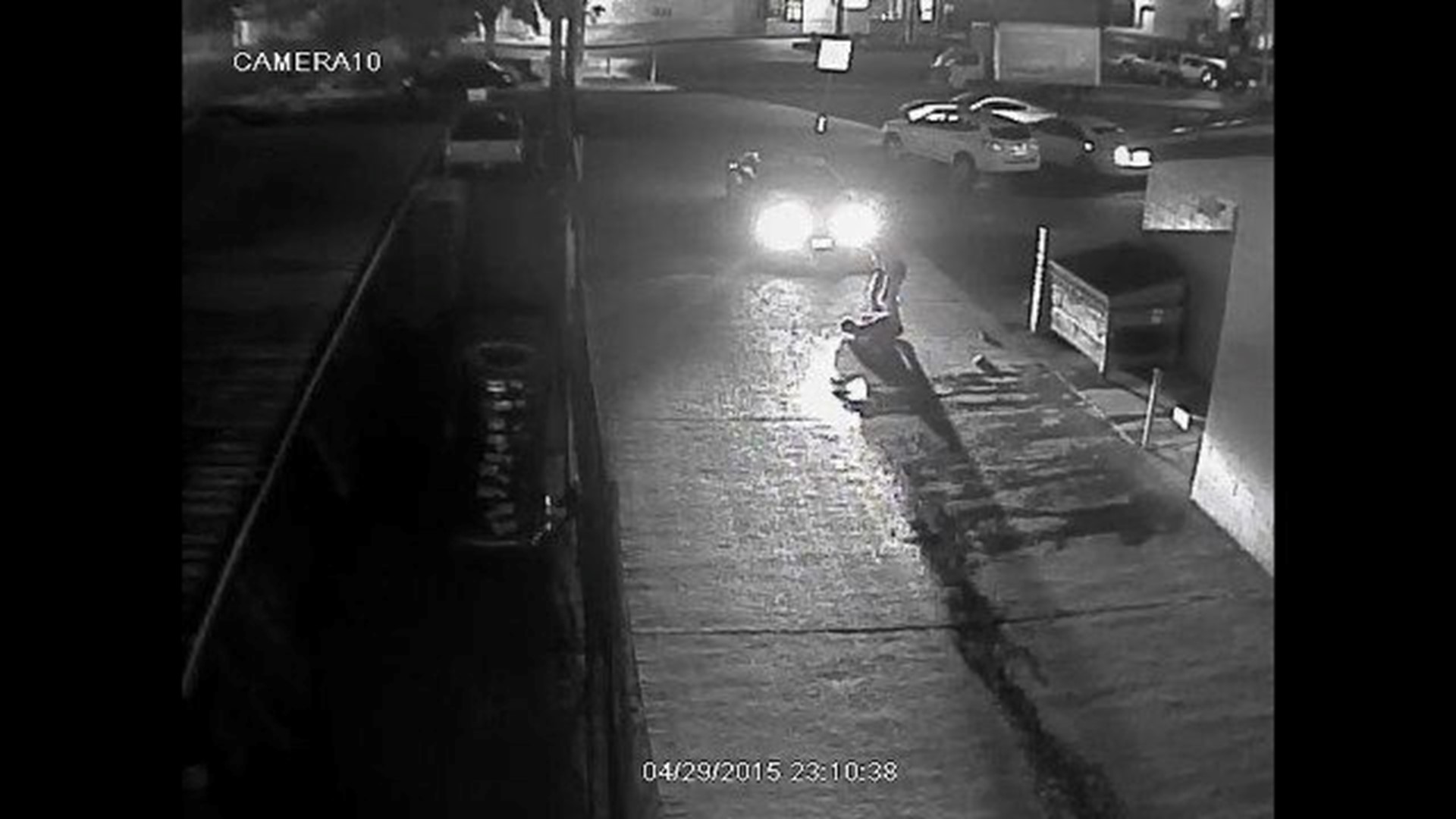 Dumanis said she decided to make portions of the video public since neither the city of San Diego nor Mayor Kevin Faulconer planned to appeal a ruling by U.S. District Judge William Q. Hayes that the footage could be released.

The judge's ruling came in a lawsuit filed by the family of 42-year-old Fridoon Nehad, who was shot by Officer Neal Browder after midnight on April 30.

Browder was responding to a call about a man threatening people with a knife. Nehad was shot as he advanced on the officer, twirling a shiny object
that turned out to be a metallic pen, authorities said.

Browder fired one shot just 32 seconds after pulling up to the scene. Nehad was 17 feet from the officer when he was shot. The officer said later that he thought Nehad was going to stab him, according to Dumanis.

Everyone who came into contact with Nehad that night -- including people inside a bookstore, a bouncer at a nearby strip club and three witnesses -- thought he had a knife, according to the county's top prosecutor.

Dumanis also released body-worn camera video evidence, video from additional surveillance cameras, enhanced surveillance video used in the investigation, still frames from video and a transcript of the dispatcher-officer communication before, during and after the shooting.

"We're doing this to help put the (surveillance) video that was the subject of the protective order -- and only one piece of evidence -- into perspective with other relevant information," Dumanis told reporters.

The video footage in question came from a security camera from a nearby business and was confiscated by police as part of the investigation.

Last month, the District Attorney's Office ruled the shooting was legal.  Attorneys for the Nehad family got the video when they sued, but had to
agree not to release it.

A coalition of media organizations including CBS News 8 went to court to ask the judge to lift the protective order.

Dumanis said she is working with a group of law enforcement officials -- including Sheriff Bill Gore, U.S. Attorney Laura Duffy and San Diego police Chief Shelley Zimmerman -- to determine how officer-involved shooting videos can be released in the future.

Below is a statement by San Diego Police Chief Zimmerman regarding the release of the surveillance video evidence.

No San Diego Police officer comes to work wanting to use deadly force. The events that led to the death of Mr. Fridoon Nehad on April 30, 2015 were a tragedy for the Nehad family and for Officer Browder. Officer Browder is a 27 year veteran who has spent his entire career in patrol serving the citizens of San Diego. He has an exemplary record receiving numerous commendations.

A Federal Court Judge has made the decision to lift the protective order regarding the release of the video surveillance evidence and I respect the judge’s decision. The judge had to balance the importance of due process rights with the need for public disclosure while, at the same time, protecting the integrity of the investigations.  Although the state criminal review has been completed, this case is still under review by the FBI, our Internal Affairs Unit, and will ultimately be reviewed by our independent Citizen’s Review Board on Police Practices.

I am working with District Attorney Dumanis, Sheriff Gore, United States Attorney Laura Duffy, and other county police chief’s in developing a countywide protocol regarding the public release of video evidence.

Below is a statement by attorney Skip Miller who is representing shooting victim Fridoon Nehad and his family:

This morning, the San Diego County District Attorney held a press conference to release the surveillance video of the shooting of Fridoon Nehad by San Diego Police Department officer Neal Browder, plus other evidence of the shooting.

Our clients, Fridoon's family, are surprised and puzzled by DA Dumanis' actions and comments.  They are also disappointed by the DA's continued attempt to demonize Fridoon, the victim of this shooting. The true facts make clear that, if the San Diego police department followed better procedures, this tragedy could and should have been avoided.

On December 2, 2015, the family asked the U.S. Department of Justice to investigate this incident and to investigate the SDPD use of force, particularly against people with mental disabilities. Today's events show why such an independent investigation is needed. Attached is a copy of a letter we sent to the U.S. Attorney and the Department of Justice's Civil Rights Division. We hope the DOJ investigates these issues and ensures that Fridoon did not die in vain.

The DA's press conference was one-sided and does not reflect the facts. For example, contrary to the DA's statements:

• Fridoon was not armed: he was holding a blue pen. The pen does not look like a knife. The DA's comparison to a butterfly knife was wholly created after the fact and is irrelevant. The pen that was in Fridoon's hand is visible on one of the videos.

• Fridoon was 25 feet away from Browder when Browder fired his side-arm, only seconds after leaving his vehicle. The video makes clear that Fridoon was not an imminent threat and that the officer had options available besides killing Fridoon.

• Fridoon's pace slowed and he came to a stop as Browder fired.

• Browder did not identify himself as a police officer; and the video makes it apparent that Fridoon had no idea the car in the alley, with its high-beams on, was a police car. This would have been different if the officer had either his light-bars or siren turned on.

The video is clear: if Officer Browder had properly assessed the situation, activated his light-bars or siren and waited for backup, the shooting could have been avoided.

The DA's actions show why we need a federal investigation of this shooting, the SDPD's use of force policies (particularly lethal force) and the SDPD's interactions with those impacted by mental illness. The Department of Justice has helped bring constitutional policing to communities throughout the country, particularly in the areas of use of force and the treatment of the mentally ill. San Diego deserves no less. It is not getting it from the SDPD or the San Diego DA.

Laura Duffy, the U.S. Attorney for the Southern District of California, issued the following statement this afternoon about the Nehad shooting investigation:

My office, the FBI and the Civil Rights Division of the Department of Justice are reviewing the circumstances surrounding the shooting of Mr. Nehad. We will have no further comment until the review is completed.