A man doused another man with gasoline and set him on fire Sunday morning in the Oak Park neighborhood of San Diego.

SAN DIEGO (CNS) - An Allied Gardens man was behind bars Tuesday for allegedly dousing a stranger with a flammable liquid in a busy Oak Park-area parking lot and setting him on fire, leaving the victim hospitalized in grave condition.

Jose Ricardo Garibay, 26, was arrested near his home in the 6200 block of Estrella Avenue on Monday after a police sergeant acting on a tip from the public spotted a black older-model Toyota pickup truck linked to the attack on 39-year-old transient Julio Edeza.

About 11:45 a.m. Sunday, witnesses saw Edeza conversing with another man next to a parked truck outside a Rite Aid store in the 1700 block of Euclid Avenue moments before being set ablaze. The assailant then got into the vehicle and fled.

The victim was admitted to UCSD Medical Center in critical condition with severe burns over most of his body.

Investigators have not determined a motive for the apparently random attack, Del Toro said.

On Monday morning, police released a surveillance photo of the truck and an artist's rendering of the perpetrator, prompting a number of calls from people reporting possible sightings of the vehicle or suspect.

At the time of his arrest, Garibay was in the truck with a person not connected to the crime. The suspect was taken into custody on two outstanding misdemeanor warrants, but detectives subsequently found "additional evidence and information and determined Garibay was the (one) who attempted to kill
Edeza the day before,'' Del Toro alleged.

Garibay was booked into San Diego Central Jail on suspicion of attempted murder and battery, including an apparently unrelated domestic-violence charge.

Detectives do not believe that the victim and assailant knew each other.

"From our initial investigation, it ... appears that there was just a casual conversation among two strangers,'' Del Toro told news crews. "There's nothing to show that these two gentlemen had any kind of connection from prior (contacts).''

It remains unclear whether it was gasoline or some other type of flammable chemical that the perpetrator used to set the victim on fire.

"We don't know what the substance is, but we're working with our lab and forensics departments here to try to identify what that substance is,'' the lieutenant said during the news conference outside downtown SDPD headquarters.

Garibay was being held without bail pending arraignment, scheduled for Wednesday afternoon.

Sketch of suspect and surveillance photo of suspect's vehicle 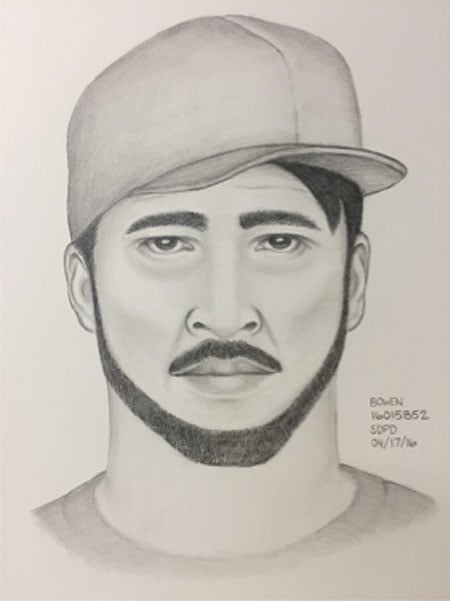 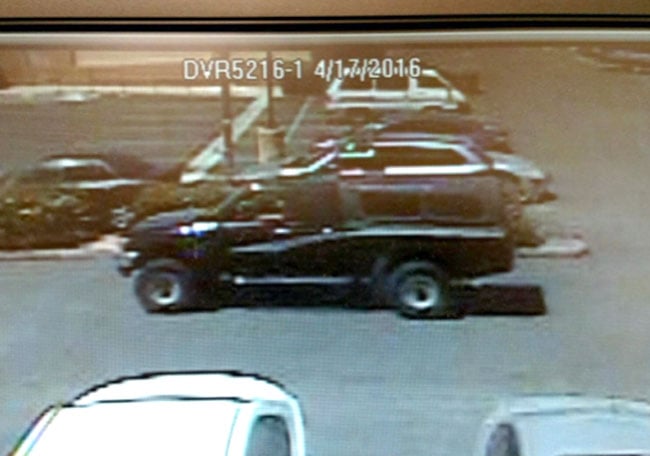