An hours-long standoff between a wanted felon and several law enforcement agencies came to an end early Monday in Coronado. 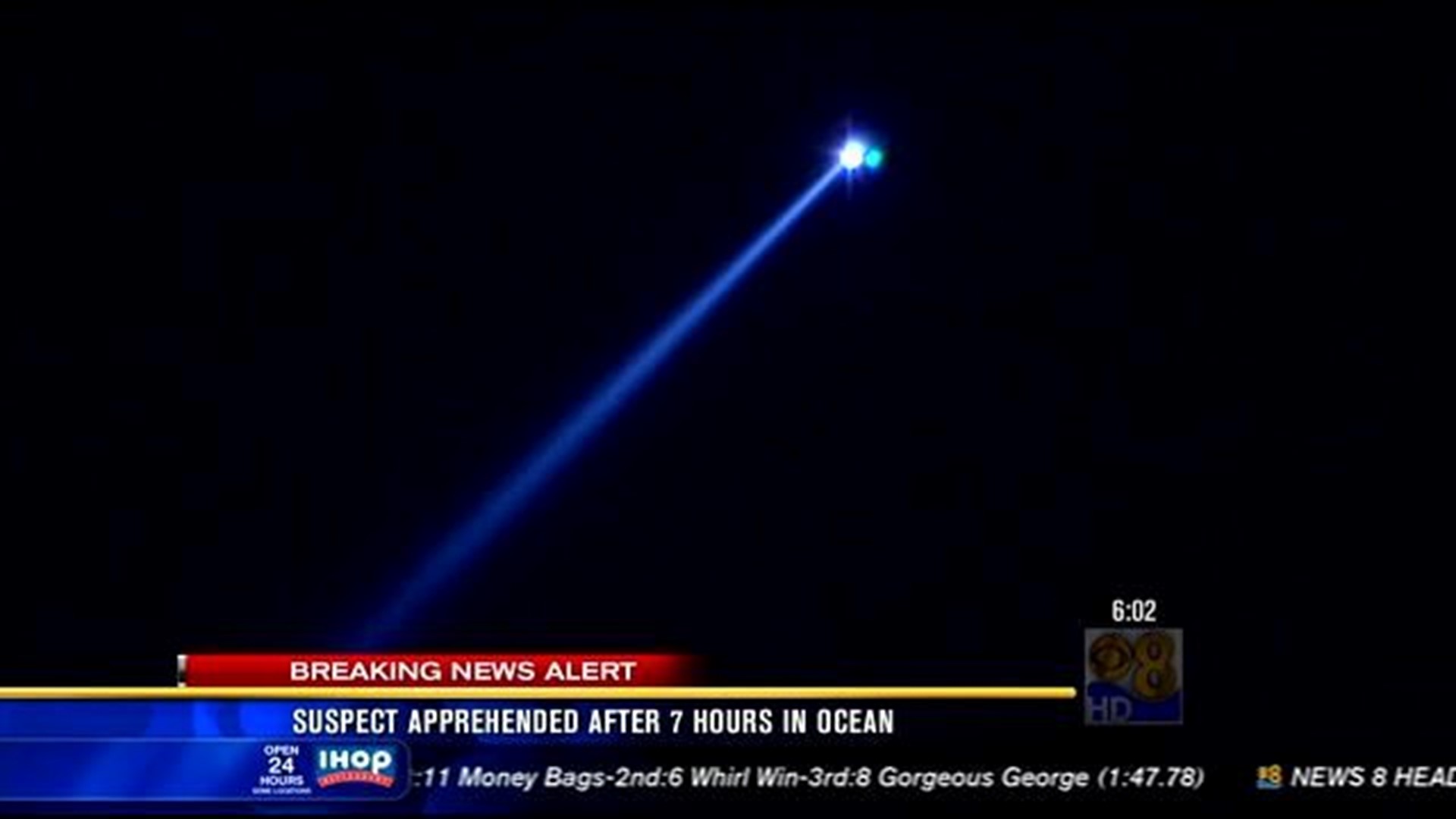 CORONADO (CNS) - A man wanted on drug charges surrendered early Monday after spending nearly eight hours in the ocean in the Silver Strand area, wading and swimming away from officers trying to arrest him.

John Michael White, 46, ran into the surf near the Hotel del Coronado shortly before 10 p.m. Sunday as officers attempted to take him into custody on a felony narcotics warrant, police spokeswoman Lea Corbin said.

Throughout the night, the shirtless man, who appeared to be under the influence of some type of drug, remained in the sea, walking in shallow water and at times swimming farther offshore when officers waded toward him, Corbin said.

About 5:30 a.m., a harbor police dive team was able to take White into custody in the surf off Silver Strand State Beach. He was taken to UCSD Medical Center in Hillcrest for an evaluation, after which he was expected to be booked on the outstanding warrant and on suspicion of resisting arrest, Corbin said.