Suspect in fatal hit and run on I-8 identified

A 20-year-old man was behind bars Friday for allegedly crashing his speeding car Thursday on Interstate 8 in Mission Valley, killing one of his three passengers, and then making a failed attempt 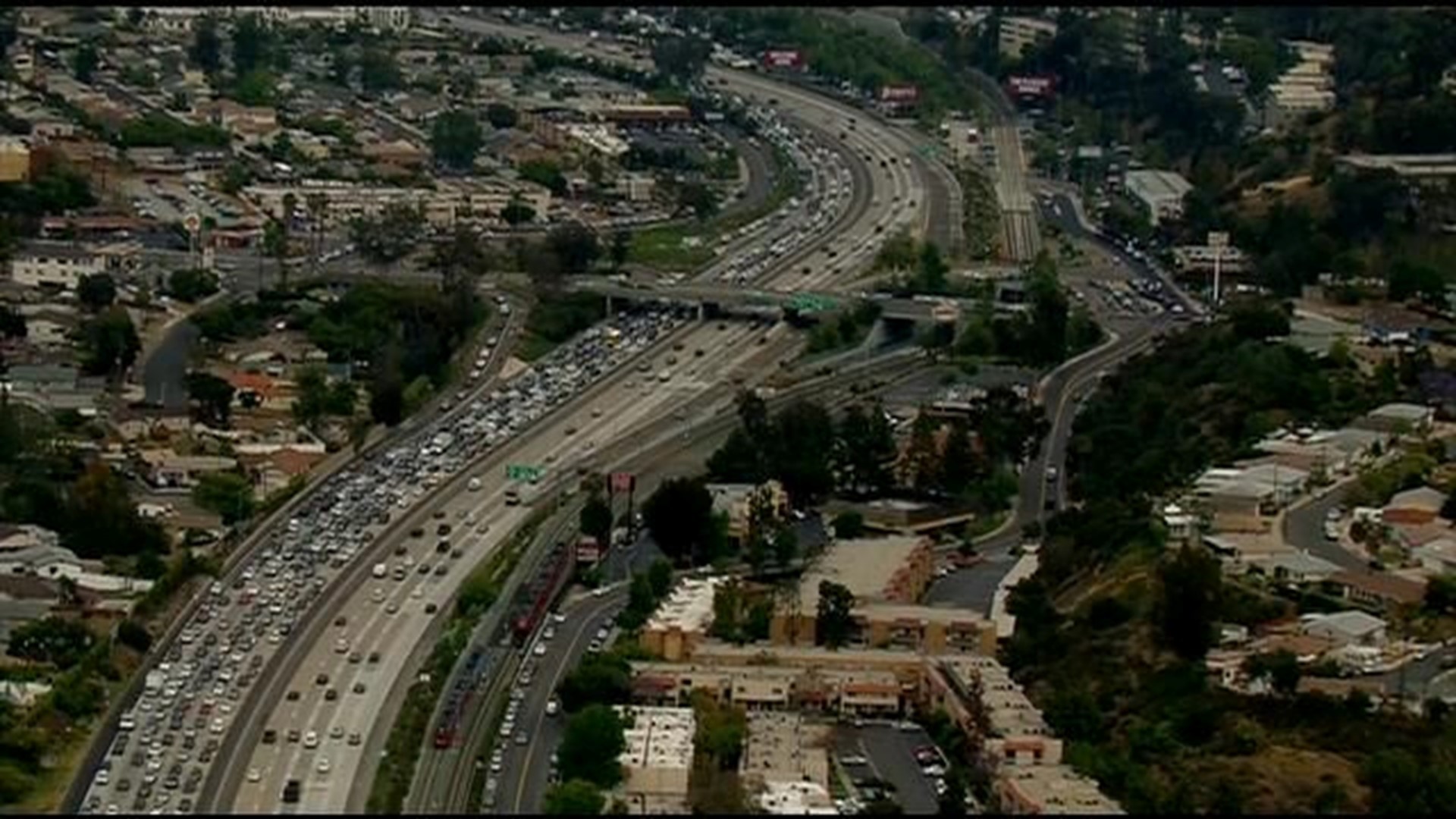 SAN DIEGO (CNS) - A 20-year-old man was behind bars Friday for allegedly crashing his speeding car Thursday on Interstate 8 in Mission Valley, killing one of his three passengers, and then making a failed attempt to evade arrest.

Sajjad Hameed Ismael of San Diego was headed west on Interstate 8 when the 2001 Toyota Avalon he was driving rear-ended a 2017 Toyota Prius near Waring Road about 1:30 p.m., according to the California Highway Patrol.

Following the impact, the Avalon veered into a center median, struck several trees and then careened back onto the freeway, where it skidded to a halt, CHP public-affairs Officer Jake Sanchez said.

At that point, Ismael allegedly got out of his crumpled vehicle and fled on foot, leaving behind his three passengers, one of whom died at the site of the crash. Officials withheld the 18-year-old El Cajon resident's name pending family notification.

Medics took one of the other two young men who had been riding in the Avalon to Scripps Mercy Hospital with severe trauma. The third was treated for minor injuries at the scene.

The driver of the Prius, a 38-year-old woman, was unhurt, Sanchez said.

About 15 minutes after the accident, officers found Ismael in the area of Mission Gorge Road in Grantville and took him into custody. He underwent a precautionary evaluation at a hospital before being booked into county jail on suspicion of vehicular manslaughter, hit-and-run causing death, and reckless driving.

At the time of the accident, the suspect was wanted on three warrants involving charges of DUI and driving without a valid license. He was being held on $505,000 bail pending arraignment, scheduled for Monday.