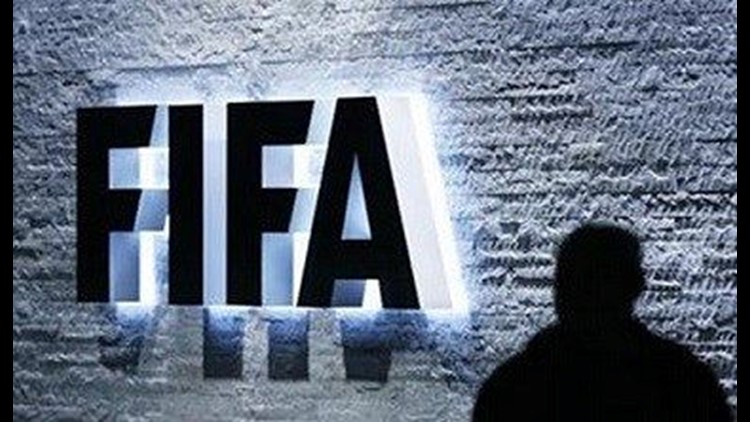 ZURICH (AP) — Six soccer officials were arrested and detained by Swiss police on Wednesday pending extradition at the request of U.S. authorities after a raid at a luxury hotel in Zurich.

The officials are in Switzerland for the FIFA congress and presidential election, where Sepp Blatter is widely expected to win a fifth term at the helm of the governing body of world soccer.

Blatter was not among the men arrested, FIFA spokesman Walter de Gregorio told The Associated Press.

"He is not involved at all," De Gregorio said.

Blatter is scheduled to attend a meeting of the Confederation of African Football at 10:30 a.m. (0830 GMT) in a different downtown Zurich hotel.

The Swiss Federal Office of Justice said in a statement that U.S. authorities suspect the six officials of having received or paid bribes totaling millions of dollars and that the crimes were agreed to and prepared in the U.S., and payments carried out via U.S. banks.

The FOJ said the U.S. Attorney's Office for the Eastern District of New York is investigating the individuals on suspicion of the acceptance of bribes and kick-backs between the early 1990s and now.

"The bribery suspects — representatives of sports media and sports promotion firms — are alleged to have been involved in schemes to make payments to the soccer functionaries (FIFA delegates) and other functionaries of FIFA sub-organizations - totaling more than USD 100 million," the FOJ statement said. "In return, it is believed that they received media, marketing, and sponsorship rights in connection with soccer tournaments in Latin America."

The Zurich Cantonal Police were questioning the detainees.