Over the past year, Target says customers have raised concerns about a handful of sings in the store labeling toys or bedding by just gender. 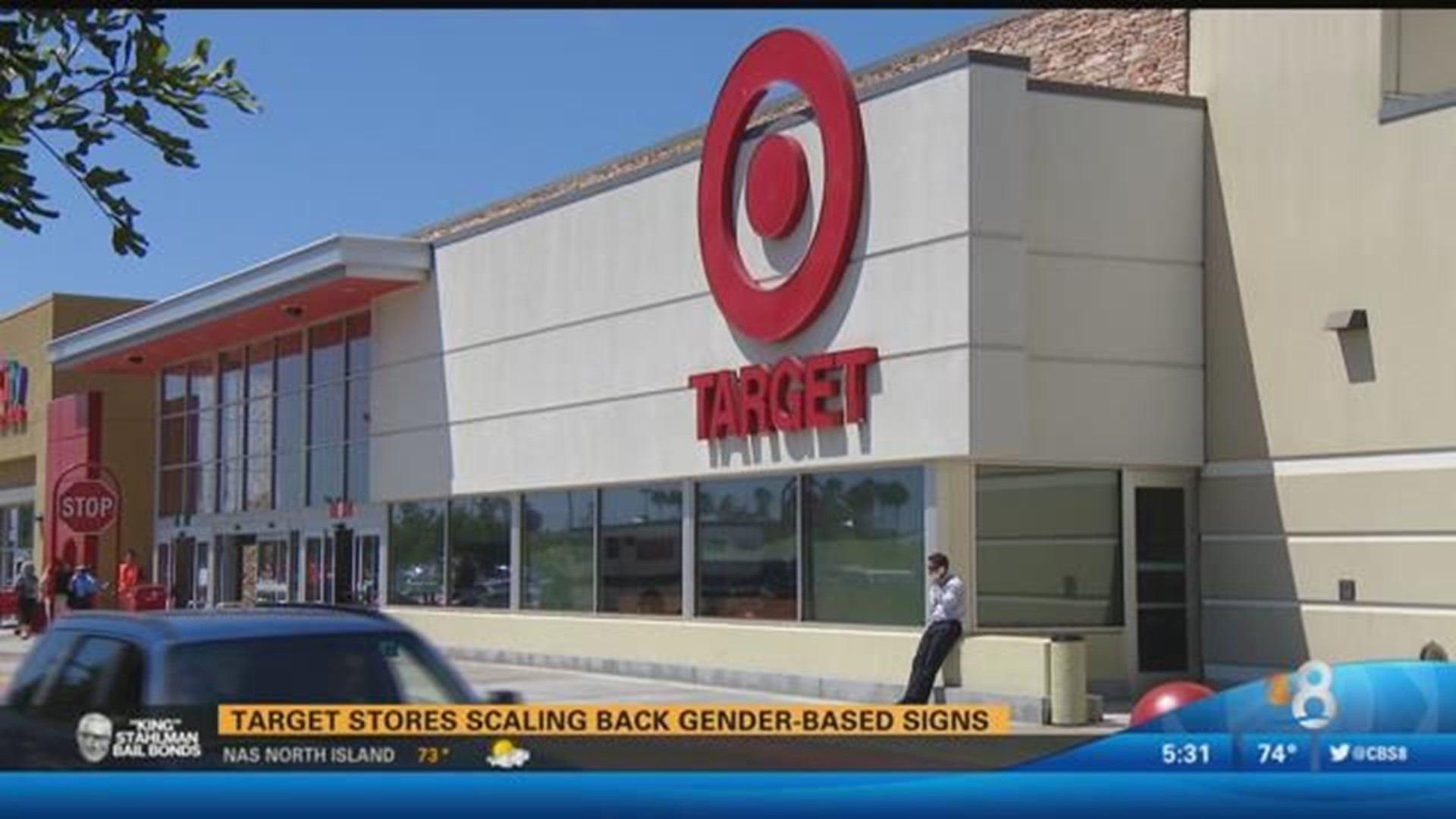 SAN DIEGO (CBS 8) - Over the past year, Target says customers have raised concerns about a handful of signs in the store labeling toys or bedding by just gender.

In response, Target stores are getting rid of those distinctions saying sorting some products by gender isn't necessary.

In Target stores across the country, shopping in certain sections based gender will soon be a thing of the past.

The toys and bedding sections will no longer say boys or girls, but will have more generic kids tittle.

"We certainly recognized that coming out with this there would be a wide variety of opinions and we respect those. What it really comes down to is we identified just a couple different areas in the store where we really felt like it made sense to just be more inclusive," said Target spokeswoman, Molly Snyder.

The pink and blue background colors will be changed to a neutral tone.

"I like the general toys idea honestly. I think it just makes things easier on us because you don't have to feel pushed toward Barbie dolls if you have a daughter, or cars because you have a boy," said Vanessa Morales, a mother and Target shopper.

But some parents feel the new distinctions will make shopping more difficult and time consuming.

"It's getting too confusing, mixing everything up in one little thing. Just keep it simple," said Ryan Salenga, a father and Target shopper.

The change comes in response to outcry on social media over limited options.

Target says it has received positive a response, but it is unclear if other businesses will follow suit.

Stores in San Diego so far have not made those signs changes yet, but changes could happen as early as this week.

Target says the non-gender distinctions will not affect its website where shoppers search for items based on gender.