SAN DIEGO (NEWS 8) — A local teen is getting the chance to thank the woman who saved his life. 17-year-old Alejandro Hernandez received a kidney in July and Tuesday he met his donor for the first ... 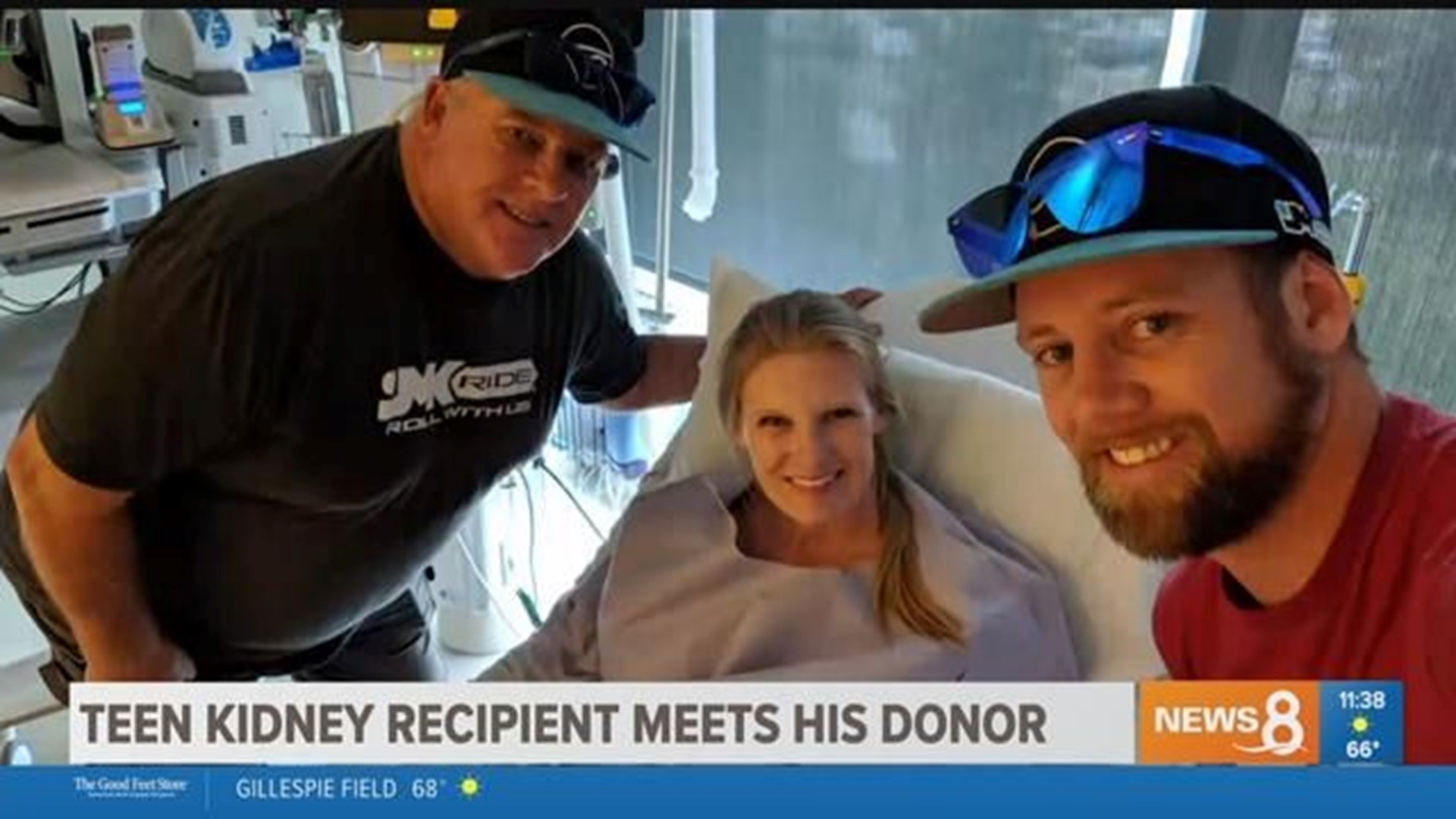 SAN DIEGO (NEWS 8) — A local teen got the chance to thank the woman who saved his life.

17-year-old Alejandro Hernandez received a kidney in July and Tuesday he met his donor for the first time.

It was a reunion several months in the making.

This past summer, West Hills High School teacher Tiffany Jokerst decided she wanted to help someone in need, so she stepped forward to donate a kidney not knowing who the recipient would be.

It turned out to be 17-year-old Alejandro – or Alex - a high school junior from Tijuana who had been battling kidney disease his entire life. He had been on the transplant waiting list for about 11 months before the surgery.

"If you're inclined, it was very rewarding and a great experience for me,” said Tiffany.

The two met for the first time Tuesday at Rady Children's Hospital where prior the transplant, Alex had been coming three days a week for hours long dialysis treatments.

He said he likes football, baseball and going to the gym. All things he was unable to do before the transplant.

Currently, there are 28 patients on the transplant waiting list at Rady Children’s.

EDITORS NOTE: A previous version of this story indicated that the teen was from San Diego, but he actually lives and goes to school in Tijuana.