Sex trafficking is taking off in San Diego, in part, because pimps are using the Internet to market young boys and girls. 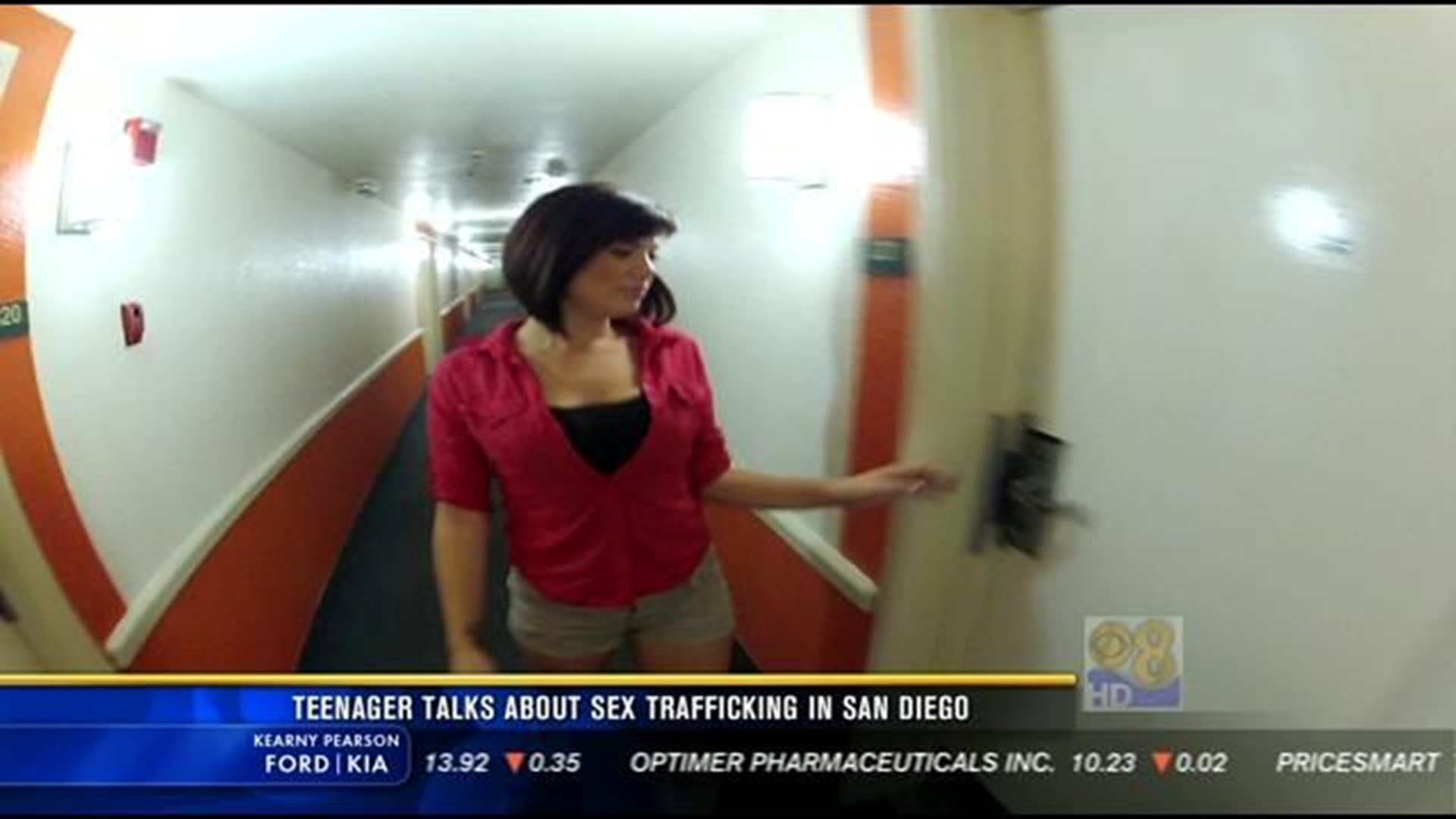 SAN DIEGO (CBS 8) - Sex trafficking is taking off in San Diego, in part, because pimps are using the Internet to market young boys and girls.

But there is a new effort to slow down the online sex trade by shutting down the adult sections of web sites like Backpage.com.

News 8 spoke with a local teenager who advertises herself as an escort on Backpage.

"With me, it's not about paying, it's about donations," said Angel, which is not her real name.

She said she is age 18 and a Mission Valley motel room is her office, where she claimed she can make $1,000 per day by posting ads on Backpage.

"Some guy asked for my underwear. I'm going to give him my underwear. It's a quick 20 or 40 bucks," Angel told News 8 during an on-camera interview inside her motel room.

Her clients also know her by the names Red or Pearl.

"I've had guys just saying like, ‘Can we just sit here and talk about life?' Yeah, sure, I need a little money. Talk about whatever you want," said Angel.

Even though Angel's online ads say she's "wild and looking for a good night" and offer "80 dollar specials," Angel told News 8 she is not a prostitute.

"It's not all about sexual things. It's about being able to do things a guy likes that are awesome, like fetishes or a massage," said Angel. "And, it's not all sexual because I don't like having sex with a guy 20 times a day."

The teen's ad "listed prices of $60 for 30 minutes and $120 for an hour and stated that both ‘incalls' and ‘outcalls' were accepted," according to a federal search warrant associated with the case.

CJ Cottingham, 21, and his brother Gregory Cottingham, 23, later pleaded guilty to child sex trafficking charges for their roles in the ring. They face more than 10 years in prison at their sentencing on Dec. 14 in San Diego's federal courthouse.

The Cottingham brothers' accomplice, Heaven Johnson, 20 – an admitted stripper and prostitute according to the federal search warrant – pleaded guilty to racketeering and faces four years behind bars.

Still, Angel says she's not going down that road.

"It's about me helping myself to be able to go on with life, to be able to eat every day and save money for college. It's hard to be 18 and coming out of high school not have anything, because my parents don't talk to me," said Angel.

Angel told News 8 she typically moves around a lot, switching motels each week in the Mission Valley and La Mesa communities, in an effort to avoid undercover police officers. And while Angel said she does nothing illegal, her lifestyle is potentially dangerous.

Charisma De Los Reyes is a local social worker who runs intervention sessions to help girls, as young as age 11, caught up in sex trafficking. Some of the girls are still in school.

"They (underage girls) were active in the life on the weekends, and then returned to school as usual on Monday morning," said De Los Reyes, who serves on the board of the women's advocacy non-profit Mariposa Center for Change.

"Pimps and traffickers really know how to hone in on a girl and fill the void," said De Los Reyes.

De Los Reyes supports an online petition on Change.org signed by more than a quarter million people, calling for Backpage to remove its adult ad section; but she has no illusions that the petition will stop the child sex trade.

"You take it down. You shut it down. But let's be honest and real, people will find other ways to purchase sex," said De Los Reyes. "We have to accept this is happening here in San Diego, right here in our backyard."

Backpage did not respond to a News 8 email seeking comment for this report.

On November 6, California voters will cast ballots on Prop. 35, an initiative that would increase state prison terms for sex traffickers.