Adding to the disturbing nature of Wednesday's tragedy in Virginia, the gunman who fatally shot a TV reporter and photographer posted his own videos of the shooting to his social media accounts. 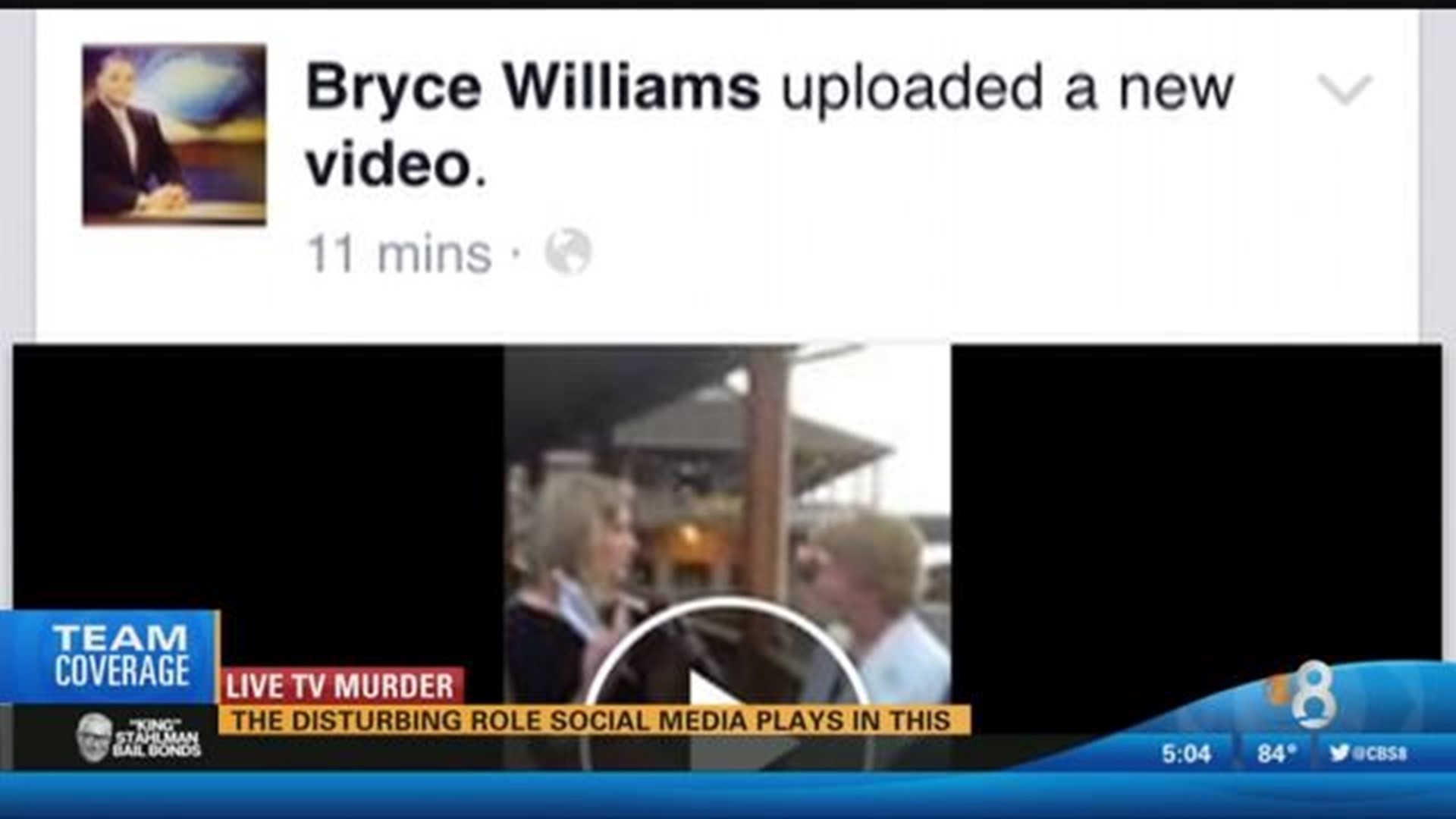 SAN DIEGO (CBS 8) - Adding to the disturbing nature of Wednesday's tragedy in Virginia, the gunman who fatally shot a TV reporter and photographer posted his own videos of the shooting to his social media accounts. He also mentioned the victims in Twitter posts prior to the shooting.

The 41-year-old former WBDJ reporter is believed to have posted cell phone video he took of the shooting. In the video, the gunman walks up to Alison Parker and Adam Ward, pointing a hand gun at them and then moments later, firing several rounds.

[The Latest on on-air shooting: Suspect was "off-kilter"]

"People that go out in a blaze of glory always have no problem posting that they're the perpetrator when they commit the heinous crimes they do," says Dr. Wendy Patrick, an ethics lecturer at San Diego State University.

Flanagan sent a series of Tweets from his cell phone, which is how law enforcement says they were able to locate him.

"This case is a sign of the times. Social media has allowed people to be worldwide public immediately with a grievance and with anything else they want to say," says Patrick.

Flanagan was fired from WDBJ in 2013. Prior to that, he had worked for a series of different stations. In 2000, he filed a racial discrimination lawsuit against a Florida station. He also filed one against WDBJ, but that was later dismissed.

Dr. Patrick says that sometimes if disgruntled employees have exhausted all legal avenues, social media is their only outlet to vent their frustration.

"The fact that this shooter posted the carnage on Facebook and Twitter for the world to see demonstrates the extent of the rage this man felt," says Patrick.

Dr. Patrick says investigators will now be going through both of Flanagan’s Facebook accounts and his Twitter account to get a better picture of what led up to Wednesday's tragedy.

All of Flanagan's accounts have been suspended since the shooting. Both Twitter and Facebook removed his accounts shortly after the tragedy took place.