A group that advocates on behalf of pedestrians and bicyclists launched a campaign Wednesday to get the city of San Diego to make improvements at 15 intersections. 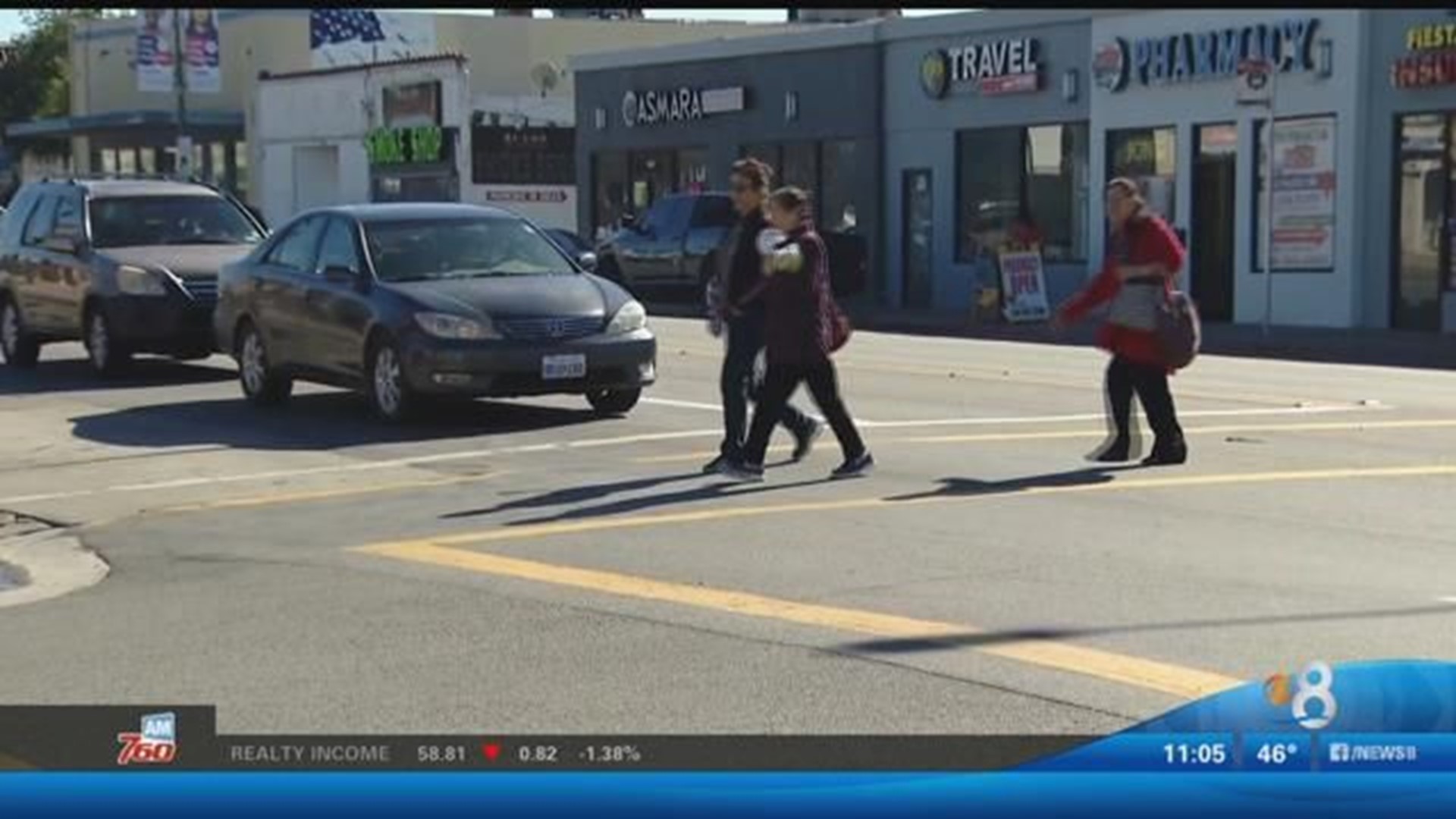 SAN DIEGO (CNS) - A group that advocates on behalf of pedestrians and bicyclists launched a campaign Wednesday to get the city of San Diego to make improvements at 15 intersections.

As part of "The Fatal Fifteen" initiative, Circulate San Diego has posted warning signs at the listed intersections, which are spread across the city, including downtown, City Heights, Hillcrest, Pacific Beach and the South Bay.

Kathleen Ferrier of Circulate San Diego said the city has taken some steps since adopting the group's Vision Zero plan, which aims to put a stop to traffic deaths in the city, but could do more.

"While the city has taken strides to adopt the goal of zero deaths, we have not seen tangible infrastructure improvements in areas with the highest crash rates to demonstrate this commitment," Ferrier said. "Meanwhile, death and injury on our streets continue to rise."

She said the number of pedestrian crashes increased last year, for the third year in a row.

The group contends the city could take simple steps to reduce deaths and injuries in dangerous locations like painting ladder or zebra stripes in crosswalks for increased visibility, installing countdown traffic signals and making sure signals have audible prompts to let people know when it's safe to cross.

The street with the most intersections on the list is University Avenue, including where the thoroughfare meets with Park Boulevard in North Park, and in City Heights at Fairmount, Marlborough and Menlo avenues, and 52nd Street.

Other dangerous intersections, according to Circulate San Diego, are:

For more information on 'The Fatal Fifteen', Click Here.