The fault with San Andreas

The new disaster movie San Andreas opened Friday nationwide and it's filled with nail-biting action with blockbuster special effects. When it comes to reality, there might be plenty to find fault w... 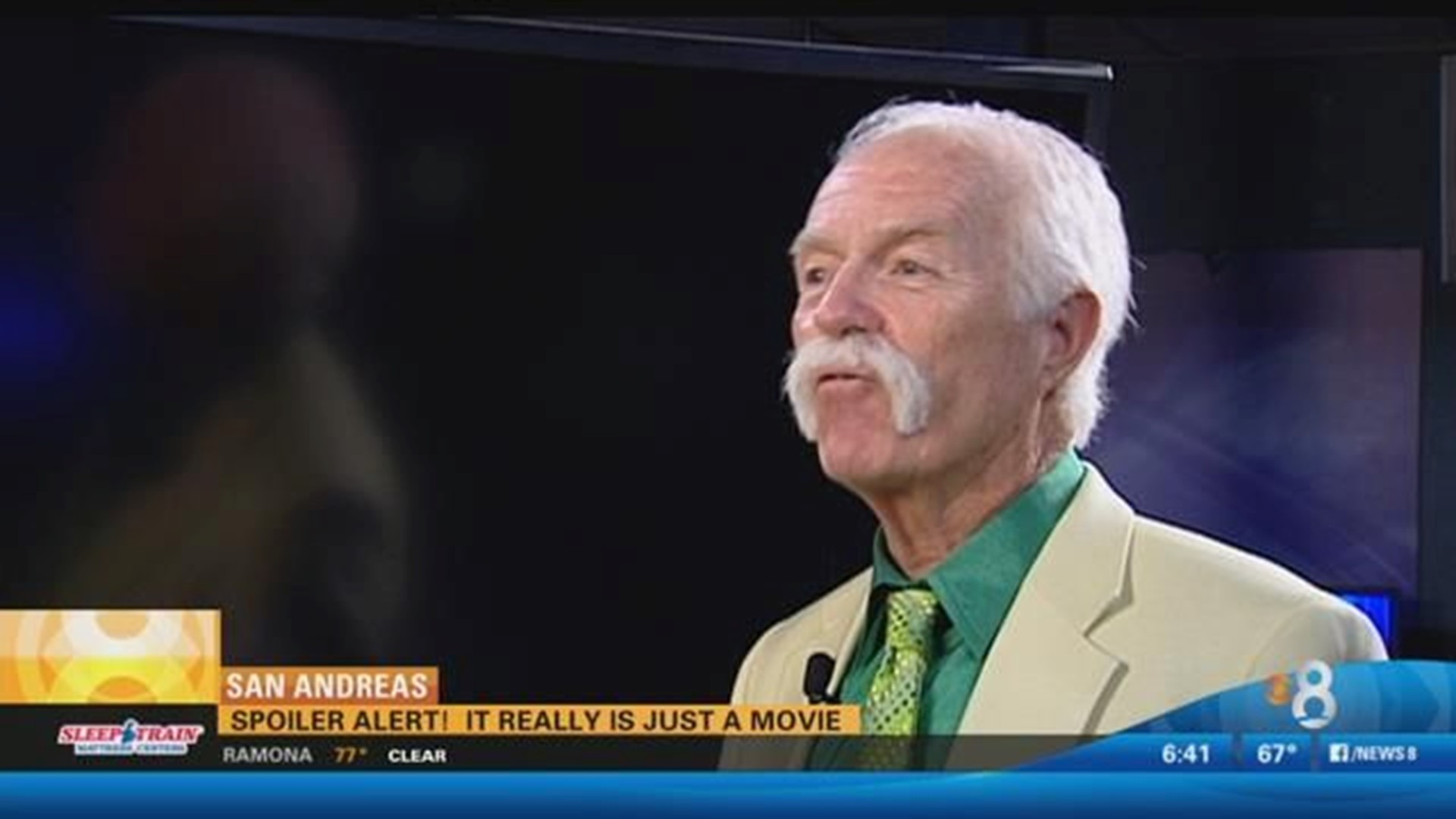 SAN DIEGO (CBS 8) - The new disaster movie San Andreas opened Friday nationwide and it's filled with nail-biting action with blockbuster special effects. When it comes to reality, there might be plenty to find fault within the film.

The film portrays "The Rock," a search-and-rescue helicopter pilot, who has to navigate the destruction of 9.0 earthquake from Los Angeles to San Francisco to rescue his daughter.

It's a movie that is more special effects than actual solid science.

While the San Andreas fault is very real, the movie is not very grounded on geological logic.

"Enjoy it for the special effects, but don't take any of that seriously," said Geology Professor Dr. Pat Abbott.

The possibility of a magnitude 9.0 earthquake striking California is not grounded in geological logic, according to Dr. Abbott.

In the film, the earthquake also triggers a massive tsunami, which according to Dr. Abbot, is another next-to-impossible scenario in real life given the distance of the fault line from the coast.

"No matter how big the San Andreas gets, even if we get an 8.0 magnitude, that is not going to generate a tsunami," said Dr. Abbott.

Dr. Abbott points out that throughout history, the San Andreas fault has had two major earthquakes. The first is the 1857, earthquake that struck central California as a 7.9 magnitude. The second was the 7.8 magnitude earthquake that hit San Francisco in 1906.

"The Rock can't be available to save all of us, so we'll have to build our buildings better than we do," said Dr. Abbott with humor.