The KAABOO Music Festival kicks off

The four-day Kaaboo Del Mar music festival is scheduled to open Thursday night at the Del Mar Fairgrounds with a VIP event featuring performances by Sheryl Crow and Ed Kowalcyzk. 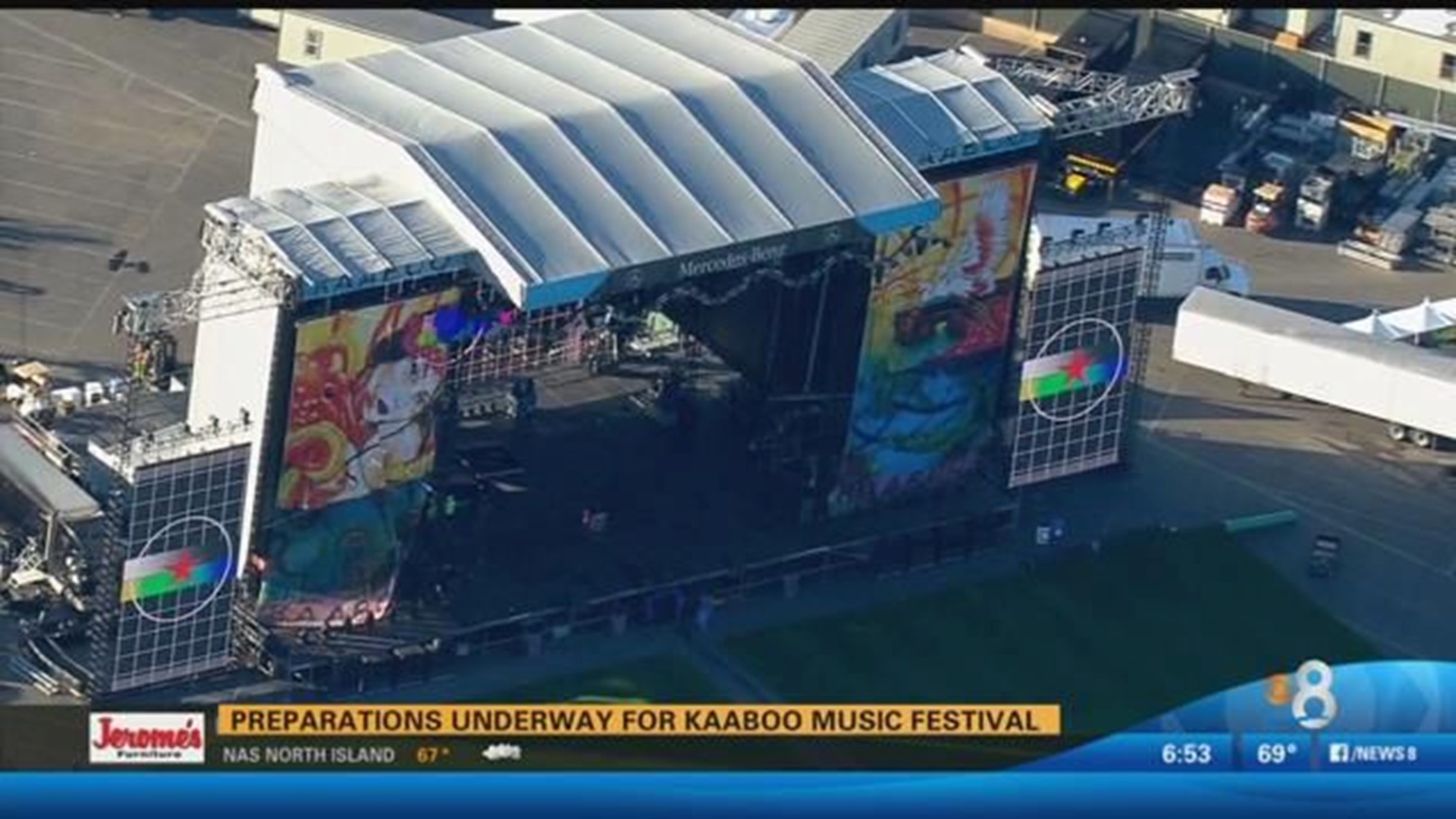 The organizers of KAABOO say they plan to create a more comfortable event than the typical festival, with ample seating, good food and drink, and clean grounds, but not everyone wants the musical festival in their backyard.

Nearly 40,000 are expected to attend the music festival.

KAABOO has had community meetings to hear concerns from residents.

Event organizers have insisted the KAABOO Del Mar music festival will not be like Coachella. The average ticket buyer is 38-years-old, paying $199 to $2,500 for a three day pass.

Kowalcyzk is touring in support of "The Flood and the Mercy," his second solo album since leaving Live, the band he led for two decades. The Grammy-winning Crow's most recent album is "Feels Like Home."

More than 100 musical acts are set to perform over seven stages when the main part of KAABOO takes place Friday, Saturday and Sunday.

Among the headliners are No Doubt and Snoop Dog, Friday; Zac Brown and Spoon, Saturday; and The Killers, Sunday.

Single-day passes are $125 plus handling and fees, while one-day VIP passes cost $299.

Onsite parking at the fairgrounds is available, though organizers strongly encourage attendees to use public transportation.

A spokesperson for KAABOO said they have met noise regulations and will continue to monitor sound checks.

No camping will be allowed.  The Sheriff's Department will be patrolling the area.