A second News 8 viewer has come forward to say his house was hit by a porch pirate that is believed to hit another Scripps Ranch home. 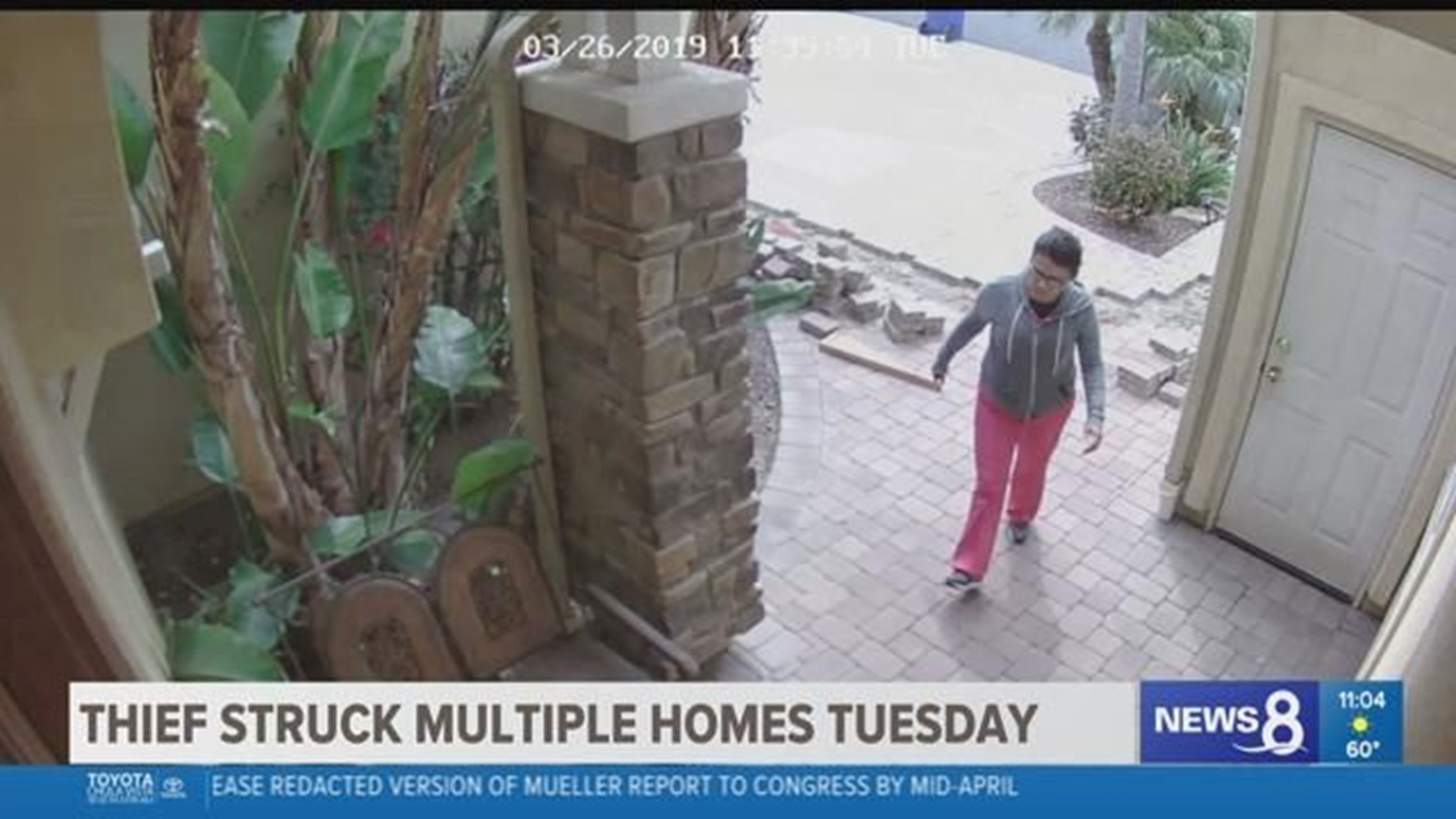 SCRIPPS RANCH (NEWS 8) – A second News 8 viewer has come forward to say his house was hit by a porch pirate that is believed to hit another Scripps Ranch home.

Colin Phan said he discovered the woman who snagged his package delivery by checking his home security on his phone.

“I never though it could happen to me. I saw a truck drive around the street, stop, backed up and then a lady sort of walked around the truck for a while. Then she took off to my doorstep and took the package,” he said.

Phan’s reaction was understandable and relatable for so many people who have had their packages stolen from their front door.

“I had mixed emotions. I feel sorry for someone that would have to do that, but then I felt violated that someone was taking it from my house,” he said.

If the woman in the video looks familiar it is because News 8 viewers have reported her before. In fact, it appears she is the same woman that stole from another family in Phan’s neighborhood.

Cameras at that family’s home were also rolling as she casually strolled up and stole their delivery.

“She really took her time. She went around twice. She pulled up and walked through the front door and she waited like a minute or two,” the family told News 8 earlier this week.

It appears both thefts took place on the same day, but it is not clear if she stole form more homes in the neighborhood as well.

Phan hopes he can get the word out about her, so he can sink any chances of her strolling through their neighborhood again.

“I want it [package] back, but other people should be aware and look out because it [vehicle] had out of state license plates,” he said.