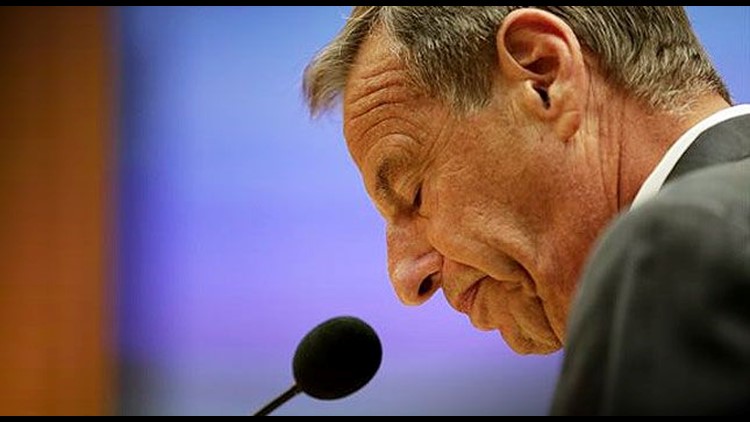 SAN DIEGO (CNS) - A third legal action against the city of San Diego over departing Mayor Bob Filner's alleged sexual harassment was brought Tuesday on behalf of a woman who accuses him of kissing her at an elementary school, her lawyer said.

A demand for $250,000 was lodged against the city by the lawyer representing the woman identified only as Marilyn, who became Filner's 19th public accuser.

Attorney Daniel Gilleon, who first announced the new case on U-T TV, told City News Service that his client asked the mayor to send archival material to a May event at Johnson Elementary in Emerald Hills, but he showed up instead.

According to the lawyer, his client poked her head in a classroom when Filner arrived to announce his presence, and the encounter took place when she returned.

"He grabs her face and plants a kiss on her forehead,'' according to Gilleon, who said his client was "in shock.''

Filner also demanded her last name and took too long trying to remove an adhesive name tag from her chest, according to the lawyer, who said the mayor also put his hand around her waist and tried to walk her away.

Parts of the incident were witnessed by another woman and a boy looking out the window, according to Gilleon. He said a member of the mayor's security detail was there at the time.

The city's response to the demand will determine whether he files a lawsuit on behalf of the woman, a 34-year employee of the state who is a secretary to a workers' compensation judge. She also serves as an advocate for domestic violence victims in the South Bay, he said.

Gilleon also represents Stacy McKenzie, the district manager for city-run Mission Bay Park, on whose behalf he filed a $500,000 claim on Monday, alleging the mayor battered the 50-year-old woman "for his own sexual gratification'' and that the city failed to warn employees of his "predatory nature'' and protect them from it.

He said he is asking for less money for Marilyn because she is not a municipal employee.

The city has already been sued by Irene McCormack Jackson, Filner's former communications director, who alleges Filner told her she should work without her panties on, that he wanted to see her naked and that he could not wait to consummate their relationship.

McCormack Jackson -- the first of the 19 women to come forward -- also alleges Filner put his arm around her and dragged her along in a headlock while making sexual remarks.

It was mediation over the McCormack Jackson lawsuit that led the 70-year-old former congressman to resign after less than nine months in the mayor's office. He will officially step down at 5 p.m. Friday.