Thousands gather for multiple immigration protests across the county

Hundreds of statewide faith leaders will march Saturday afternoon to the Otay Mesa Detention Center, where they will protest immigration policies that separated more than 2,300 children from their ... 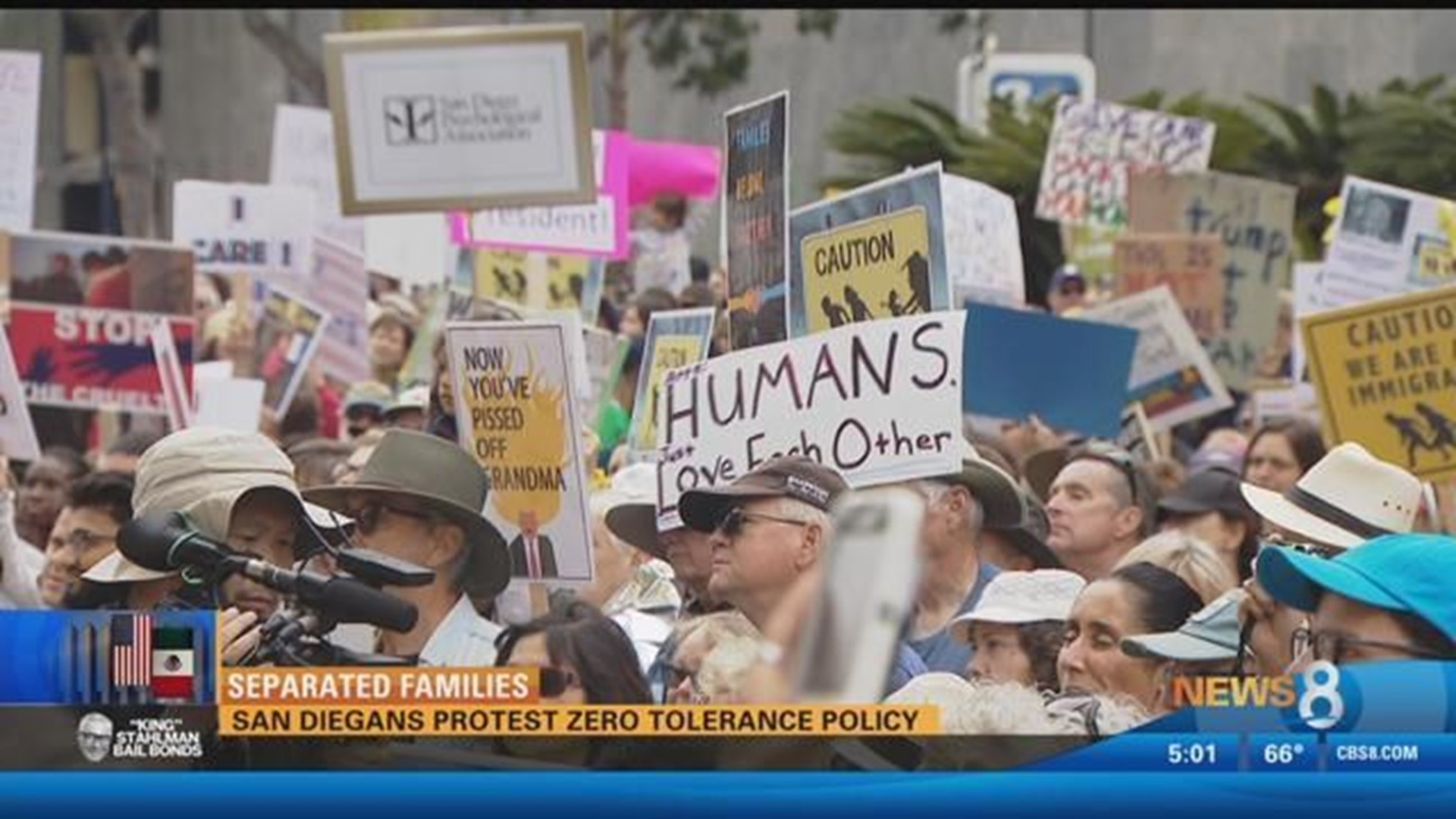 SAN DIEGO (CNS) - Hundreds of statewide faith leaders marched Saturday afternoon to the Otay Mesa Detention Center, where they protested immigration policies that separated more than 2,300 children from their parents.

President Donald Trump signed an executive order Wednesday intended to end family separation at the border, but it doesn't include any recourse for the families who were already affected by the policy during the past several months.

The AP reported Friday that federal agencies are working on a reunification process, and that 500 children have been returned to their families since May.

Saturday's protesters called on the federal government to implement more oversight in the reunification of immigrant families.

"What we've been seeing with the Trump administration's family separation policies -- and Jeff Sessions' use of the Bible to defend them -- is truly horrific,'' Wilkinson said. "Children do not belong in detention centers. They belong with their families, in our communities and in healthy, safe environments where they are able to thrive.''

After sharing immigrant-related stories through the day, protesters will hold a candlelight vigil into the night.

The march comes on the heels of U.S. Sen. Kamala Harris' visit on Friday to the detention center, which she described as a "typical prison setting.''

Harris said rejecting the Trump administration's zero-tolerance immigration policies is akin to ``fighting for the ideals of our country.''

In addition to the march down south there was also a march from the Civic Center in downtown to the ICE office at the Federal Building.