The third annual Women's March will take place in dozens of cities across the country on Saturday, including Waterfront Park in San Diego. 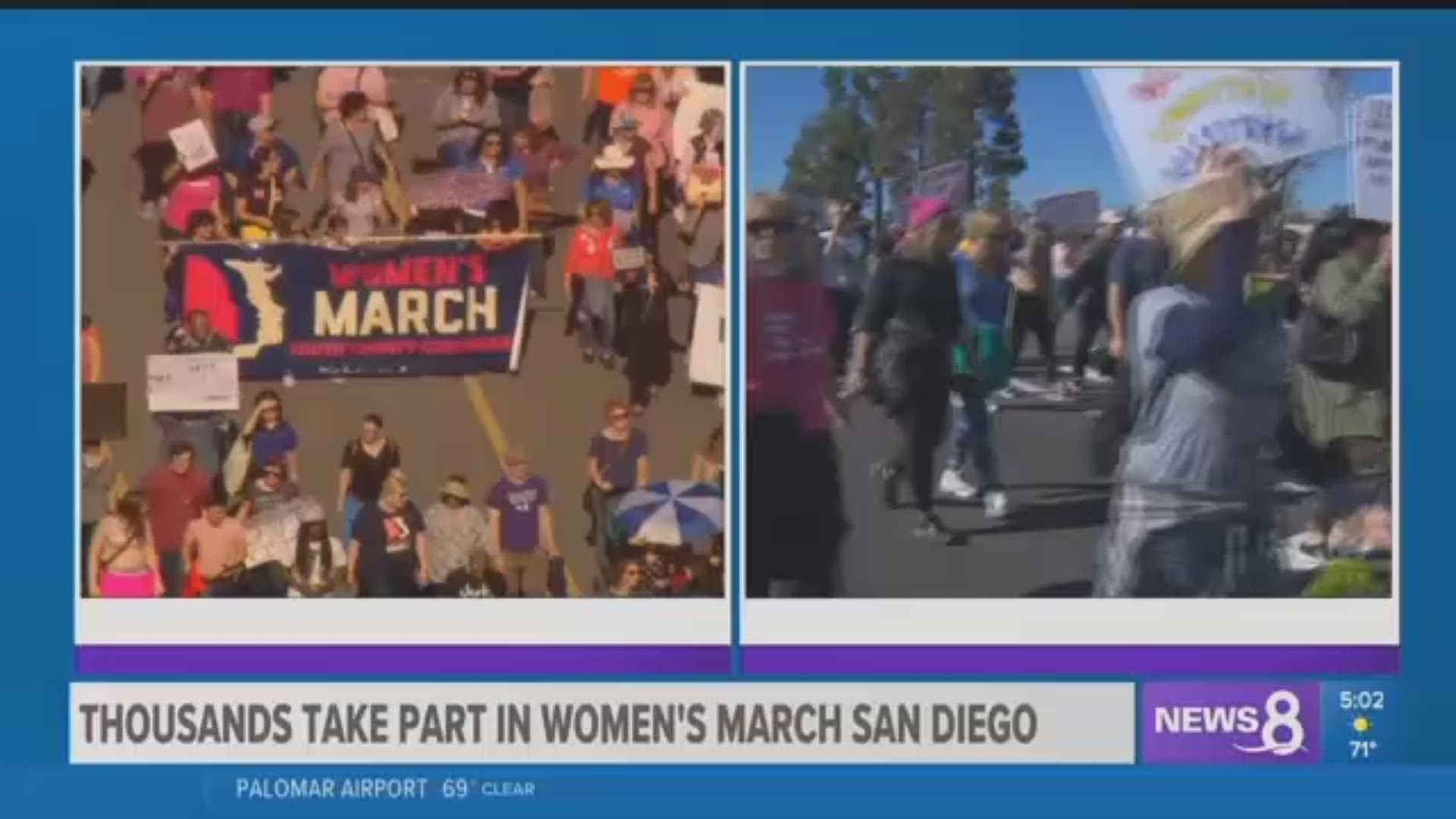 SAN DIEGO (CNS) - Waterfront Park in downtown San Diego played host to thousands of people demonstrating in the third annual Women's March, which also took place in dozens of other cities across the country.

One of the speakers, activist Tasha Williamson, announced her candidacy for San Diego mayor in 2020 at the march. Williamson is known for protesting the police shootings of people of color in the San Diego area, including Alfred Olango in El Cajon and Earl McNeil in National City.

San Diego police estimated there were some 20,000 people in the crowd, according to Lt. Manny Del Toro.

The speeches lasted for about two hours, and demonstrators began marching through downtown San Diego around noon.

Many protest signs in the crowd called for impeaching President Donald Trump and criticized what they saw as his history of disrespect toward women.

Sala Zalwango, a 21-year-old San Diego State student, said she's come to the annual march every year since it began in 2017.

The inaugural marches sprang up as a response to Trump's January 2017 inauguration and drew millions of marchers across the U.S. and around the world.

"I just think it's an incredible cause, plus I just like being surrounded by women who are in power," Zalwango said.

Alexandria Jones of Murrieta, 20, said she thinks the United States needs the Women's March at this point in history, because it draws attention to rights that women and minorities are still fighting for.

"I really wanted to come out and just kind of participate in something that I fell very strongly about and I just have a good dedication to this," she said.

Ray Hall of Fallbrook, 76, said he was at the rally to stand as an ally with women.

"We're here for the ladies in our lives -- our sisters, our mothers, our wives, our friends that are not getting treated equally," he said.

This year's marches came under the controversial specter of comments made recently by Women's March co-founder and co-chair Tamika Mallory. The organization has been criticized for its association with Louis Farrakhan, the leader of the black nationalist Nation of Islam. Mallory, in a recent appearance on The View, skirted a question volleyed by Meghan McCain about whether she condemns Farrakhan's various anti-Semitic statements, such as when he declared "the powerful Jews are my enemy" and warned of satanic Jews during his 2018 Saviour's Day address.