Thousands of red tuna crabs wash up in Mission Bay 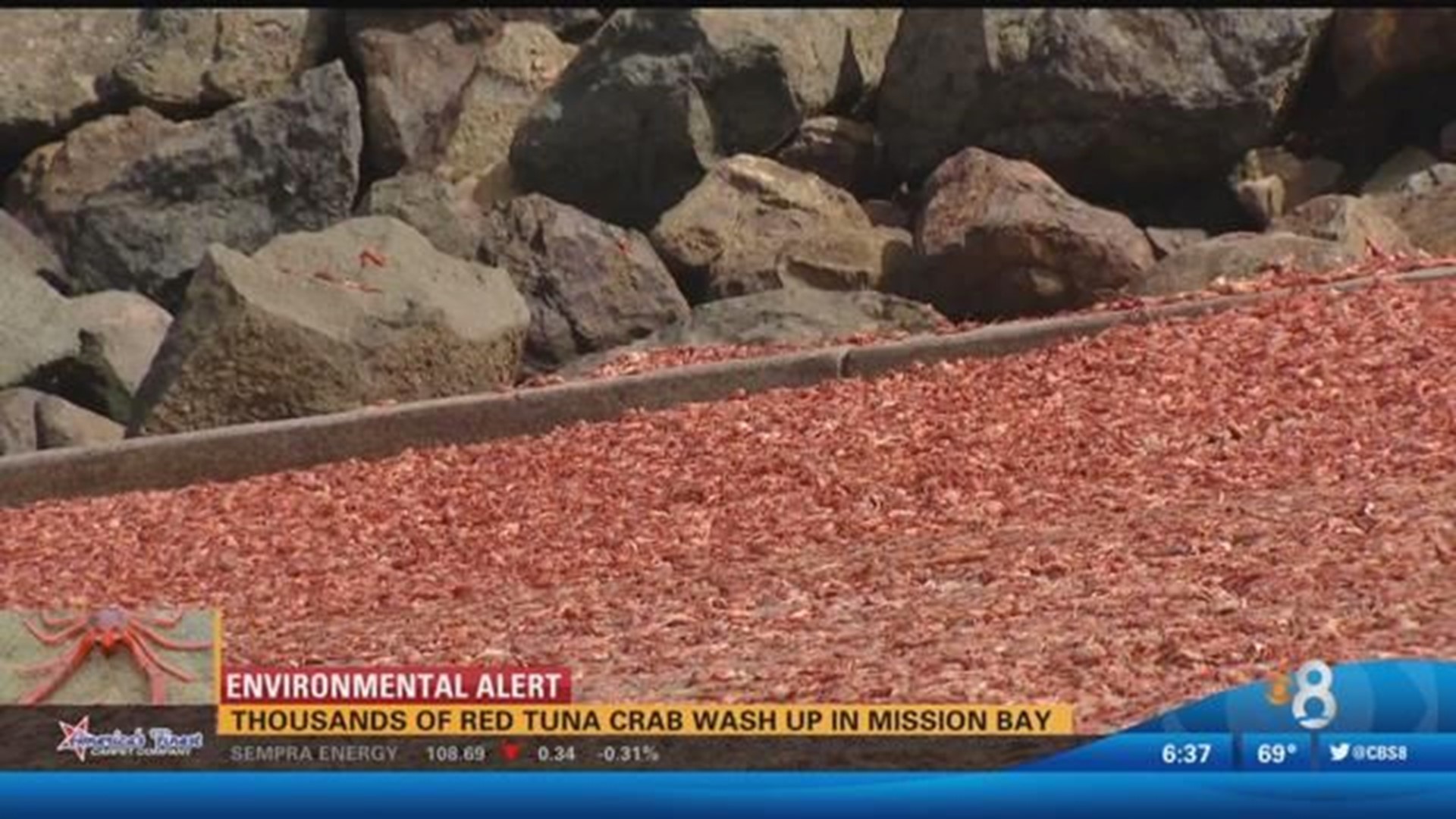 Visitors in the area around the South Shores Park Boat Launch found beaches covered with the carbs. Red tuna crasbs are typically found off the coast of Baja California, however, El Nino weather patterns have pushed them north and onto Southern Californian beaches.

Last month, thousands of crabs also washed ashore in Imperial Beach. They have also been spotted on Ocean Beach, Pacific Beach and in Orange County.