Thousands of women claim breast implants made them sick

It's a private page on Facebook, but it's connected more than 60,000 women all over the globe who are sharing chronic and debilitating health concerns. A common thread in the discussions - they bel... 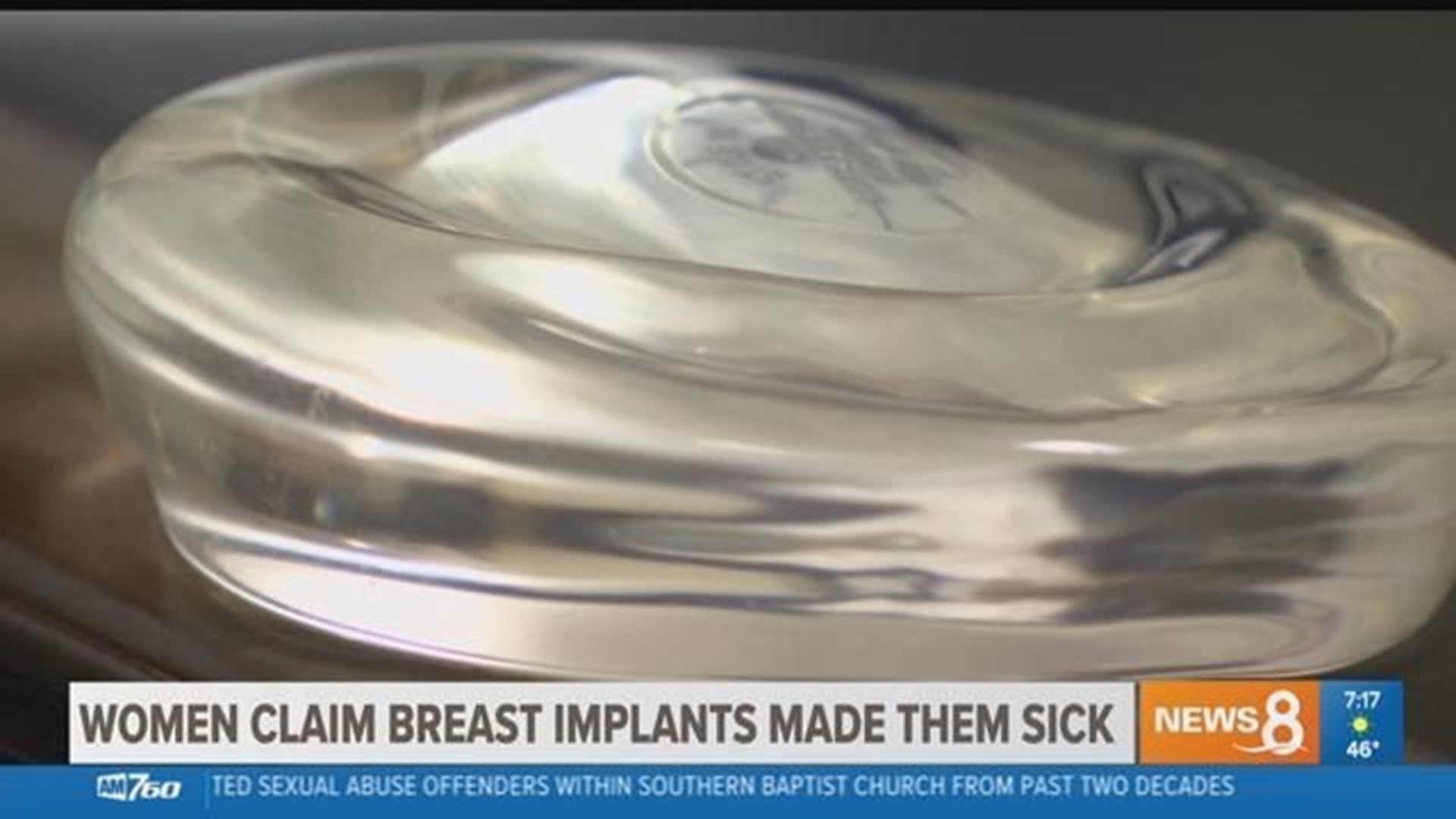 (NEWS 8) - It's a private page on Facebook, but it's connected more than 60,000 women all over the globe who are sharing chronic and debilitating health concerns. A common thread in the discussions - they believe their symptoms are caused by their breast implants.

The women call it breast implant illness, which is not a medical term and it’s not a scientific diagnosis. For the most part, they all describe the same symptoms and conditions.

Some of those women live in San Diego County and agreed to speak with us, saying they've had enough and they took their breast implants out.

Fallbrook resident Shannon Howell said she deeply regrets the decision to get the implants.

“I was very small and I felt very insecure at the time,” explained Howell a 37-year-old mother of three.

She thought that the feeling of insecurity would go away once she had the breast implants put in when she was in her early 20's. But security quickly turned to pain.

“I developed extra scar tissue around one side and that caused that one side to be firm and hard and painful,” she continued.

“Then in 2018, I developed chronic hives and itching shortness of breath, vision changes and fatigue,” Howell noted.

She participated in round after round of medical tests, which didn’t result in answers. Then she realized she wasn't the only one with a lot of questions. She found out about a Facebook page called Breast Implant Illness and Healing by Nicole. The page has 60,000 followers and the founder of the page says around 400 more join every day. They candidly share their stories, symptoms and photos. Most insist their breast implants are making them sick.

“I was shocked when I read it on the webpage. I believed it wholeheartedly reading it."

But doctors told her it was age, or menopause when her exhaustion, pain and health problems seemed to compound.

“Restless legs syndrome, trying to lay down and go to sleep was the worst, fatigue, muscle joint pain that was debilitating which led to depression and anxiety,” explained Richardson.

In desperation, Richardson, Howell and thousands of other women who've connected on the page have opted for breast explant surgery.

Doctor Jae Chun is one doctor performing the explant surgeries at his Newport Beach practice. He says his schedule is completely full – appointments scheduled for women all wanting an explant. Dr. Chun says during a typical week he has between seven and eight explant surgeries and his office is currently booked out close to the end of the year.

Women as young as 20 all the way up to 70-years-old tell Dr. Chun the implants have led to ailments common with autoimmune disorders known as connective tissue disease. Dr. Chun believes their bodies are fighting back against the silicone, which is also found in the shell of saline implants.

“I would say about 80 percent of my patients feel significantly better,” added Dr. Chun.

I reached out to the FDA, who gave us this statement.

We have heard from patients who are concerned that their implants may be connected to other health conditions, like chronic fatigue, cognitive issues and muscle pain. Information from National Breast Implant Registry (NBIR), which will provide a platform for evaluating real world data on the safety and performance of breast implants that will greatly contribute to identifying risk factors for complications, such as a patient’s own medical history, the specific type of operation, the type of implant used, and concomitant use of other medical devices. Greater information-gathering from a registry like NBIR will add helpful information to the FDA’s already extensive review of our own medical device reports, review of medical literature, assessment of post-approval studies, and meetings with patients.

“Everyone’s telling them there is no answer as to why they’re sick and then when they take out the implants. The vast majority feel better,” explained. Dr. Chun.

As for how Richardson and Howell are feeling now that their implants have been removed?

“My face inflammation is better, my vision is improved, I haven’t had any shortness of breath,” said Howell.

Richardson says the joint pain is gone, the RLS is gone and the exhaustion is gone.

“It’s heartbreaking to think that we did this to ourselves that’s not what anybody intended when we got them,” Richardson said.

There are two manufactures of implants in the United States: Mentor and Allergan.