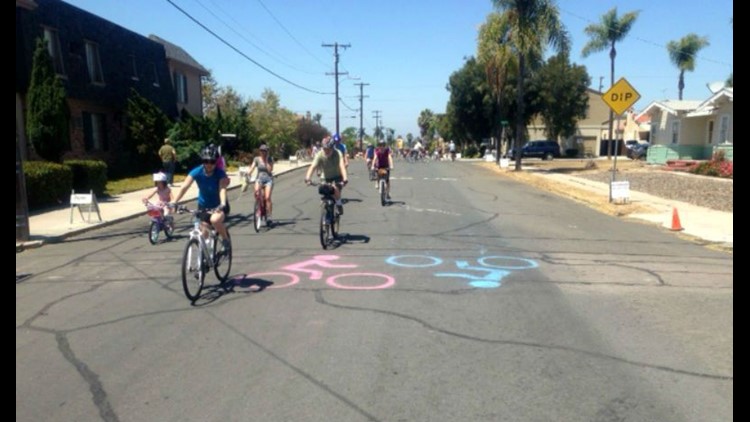 SAN DIEGO (CNS) - About 5.2 miles of roadways were shut down Sunday in City Heights, North Park, South Park and the Stockton neighborhood for an event called "CicloSDias."

The event was designed to get people out of their cars to walk or ride bicycles. There were also areas for skateboarding and dancing.

Organizers expected around 10,000 people to participate.

The affected roadways included parts of Wightman and Landis streets in City Heights and North Park, and 30th Street between Landis and K streets.