The death of a newborn baby, who apparently was fatally attacked by his family's dog in their Mira Mesa home, was under investigation Friday. 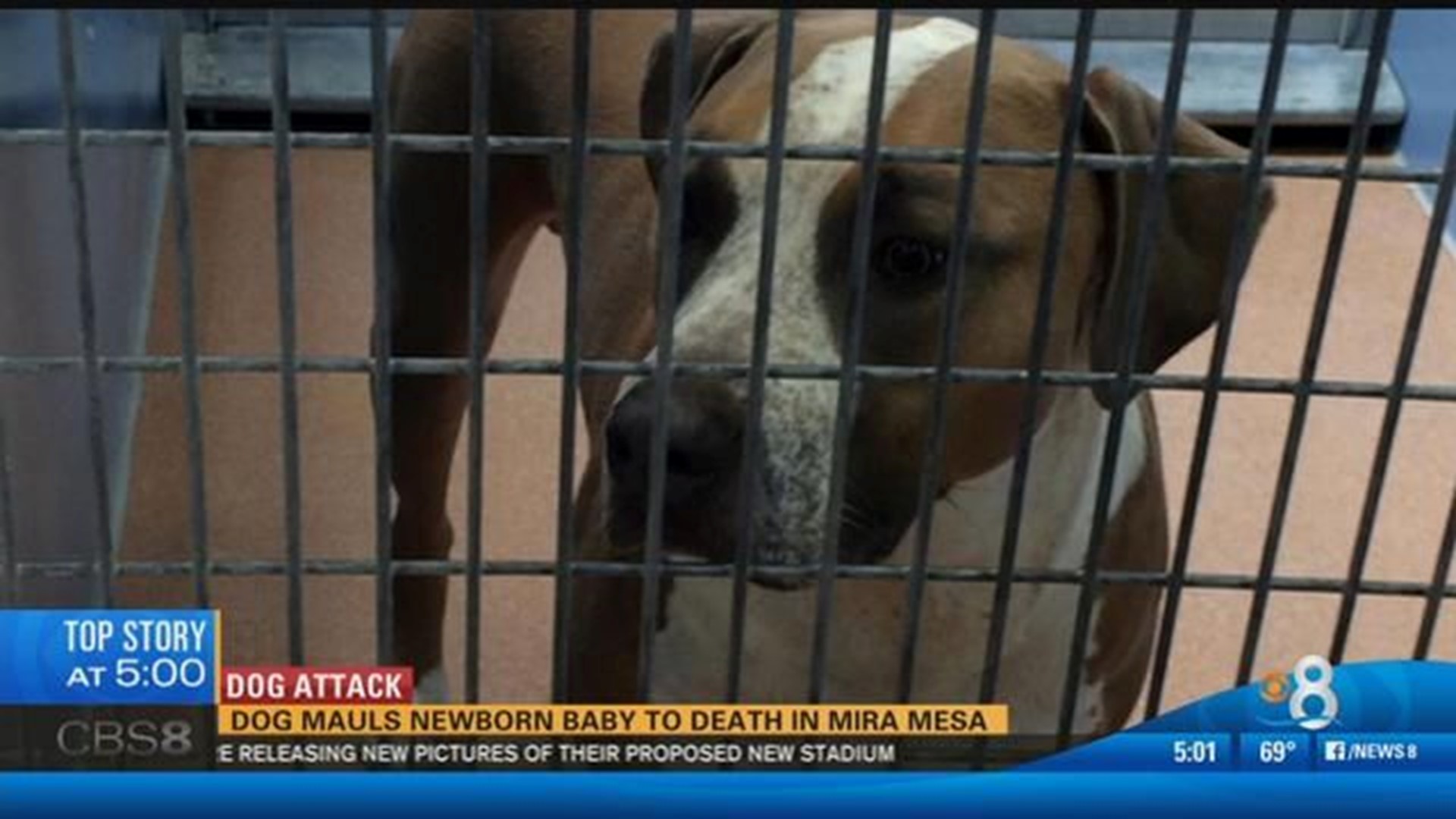 SAN DIEGO (CNS) - The death of a newborn baby, who apparently was fatally attacked by his family's dog in their Mira Mesa home, was under investigation Friday.

The parents of the 3-day-old boy told authorities they were watching television in bed with the child and their Great Dane-terrier mix in their Flanders Drive residence about 8 p.m. Thursday when the mother coughed, startling the animal and causing it to bite the infant, according to San Diego police.

The couple took the gravely wounded baby to a hospital, where he was pronounced dead, Sgt. Tu Nguyen said.

Detectives were investigating the fatality, though it "appears to be just a tragic accident," the sergeant said.

The county Department of Animal Services took custody of the 2-year-old dog, a neutered male named Polo. The canine will undergo a 10-day quarantine to make sure he is not rabid, after which he will be euthanized unless his owners decide to reclaim him, DAS spokesman Dan DeSousa said.

The dog had no known prior history of dangerous aggressiveness, DeSousa said.