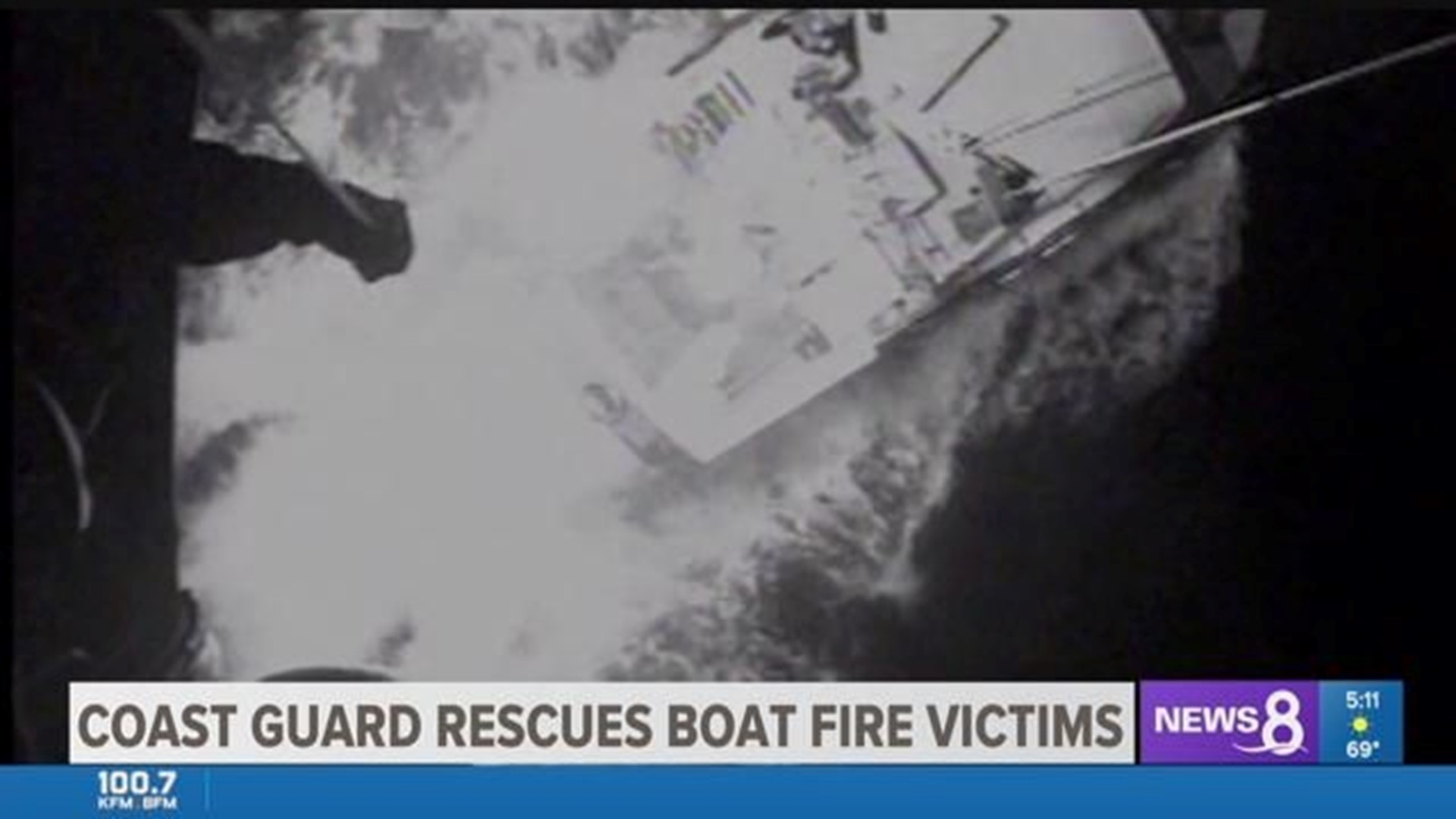 Crew members onboard the Time Machine, a charter fishing boat out of San Diego's Harbor Island, saw the Mexican boat on fire at about 9:35 p.m. Saturday, off the coast of Rosarito, Baja California, about 30 miles south of Point Loma.

According to the Coast Guard Station San Diego, the crew of the Time Machine radioed the U.S. Coast Guard to report they were rescuing multiple people in the water. They launched Cutter Haddock, a 45-foot response boat, and an MH-60 Jayhawk helicopter to assist the charter fishing boat, officials said. The Mexican Navy also deployed two boats to assist. The nearest Mexican Navy port is at Ensenada, about 45 miles further southeast.

The crew aboard Time Machine pulled 15 people from the water, including two who needed urgent medical attention, according to the Coast Guard. The survivors reported three people were still missing.

Two victims needed urgent medical care and were taken by helicopter to San Diego, where they were met by emergency medical services personnel and taken to UC San Diego Health. The remaining 13 survivors were taken by boat to Ensenada.