Researchers at the Salk Institute for Biological Studies in La Jolla are developing a new in vitro procedure that could help prevent genetic diseases in children. 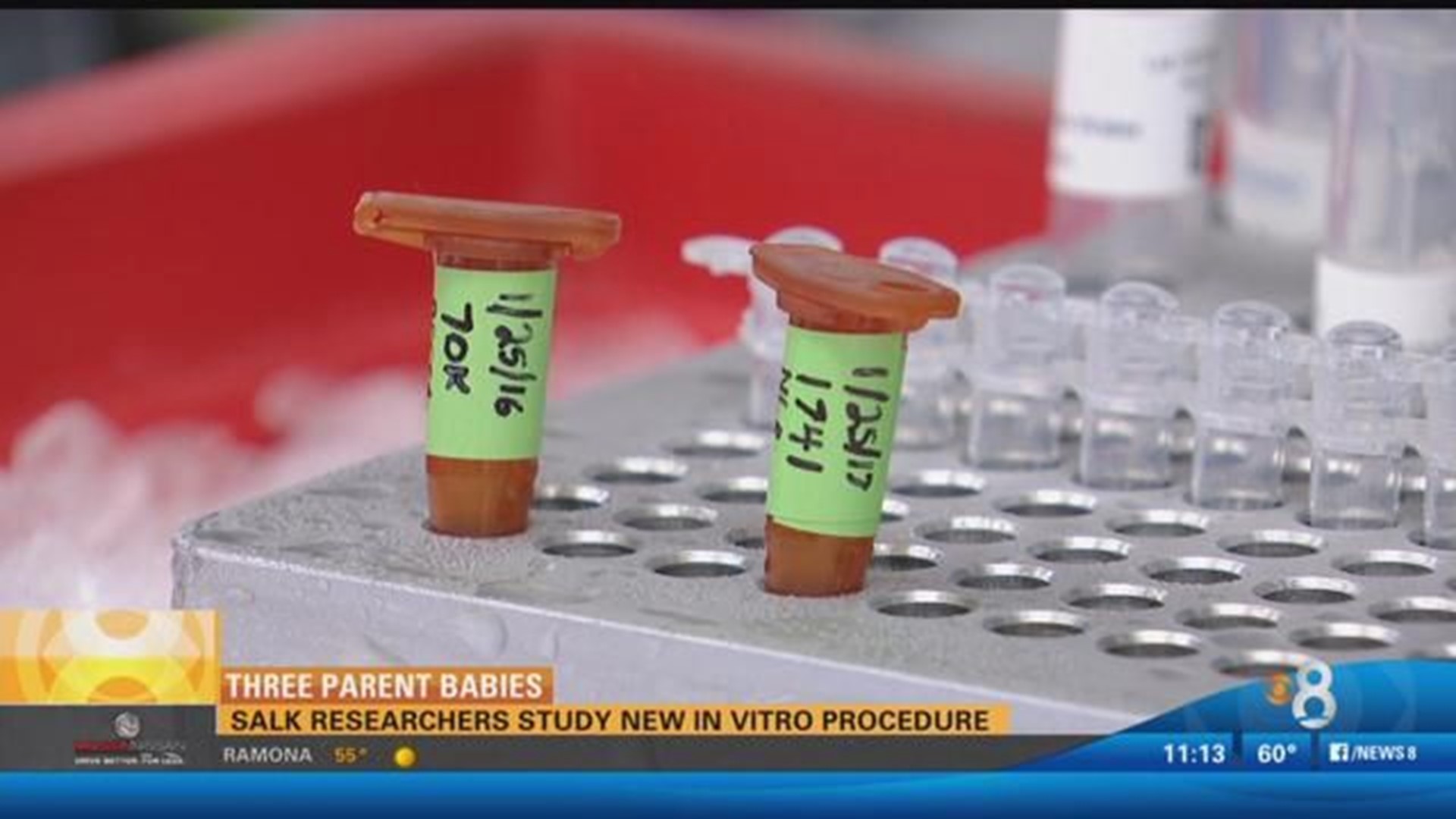 SAN DIEGO (CBS 8) - Researchers at the Salk Institute for Biological Studies in La Jolla are developing a new in vitro procedure that could help prevent genetic diseases in children.

Professor Joseph Ecker and his students are working on new ways to combine the DNA from the mother and a donor to create healthy eggs.

“I think in the end here we're going to have technology, a variety of technologies, that are going to allow families to have children that are disease free,” said Ecker.

The process involves replacing defective mitochondrial DNA – which is the power plant of the cell – with healthy DNA from the donor woman.

“The simple process is to take the chromosomes – the information that creates all your traits, your hair color, your eyes, your personality – and take that material and move that into a good egg but leave the bad power plants behind,” explained Ecker.

Some experts have expressed concerns that procedure is risky because it produces babies with DNA from two women and one man, which could lead to miscarriage and genetic problems.

The process is currently illegal in the United States but legal in other countries like Britain.

“There's always things that can go wrong but I don't think it's based in the facts that we have about the procedure so far,” said Ecker.

Researchers in La Jolla are working a special technique that makes it easier to create three parent babies by using DNA which is normally discarded from the mother's egg.

“This provides an opportunity for families that have (mitochondrial) diseases to be cured. And I think about it more like an organ donation rather than some strange genetic manipulation,” Ecker said.

It could be years before a three parent baby is born in the United States. Currently, two babies have been born using the technique, one in Mexico and one in the Ukraine.