A man shot in a police confrontation last August will learn his fate Monday. 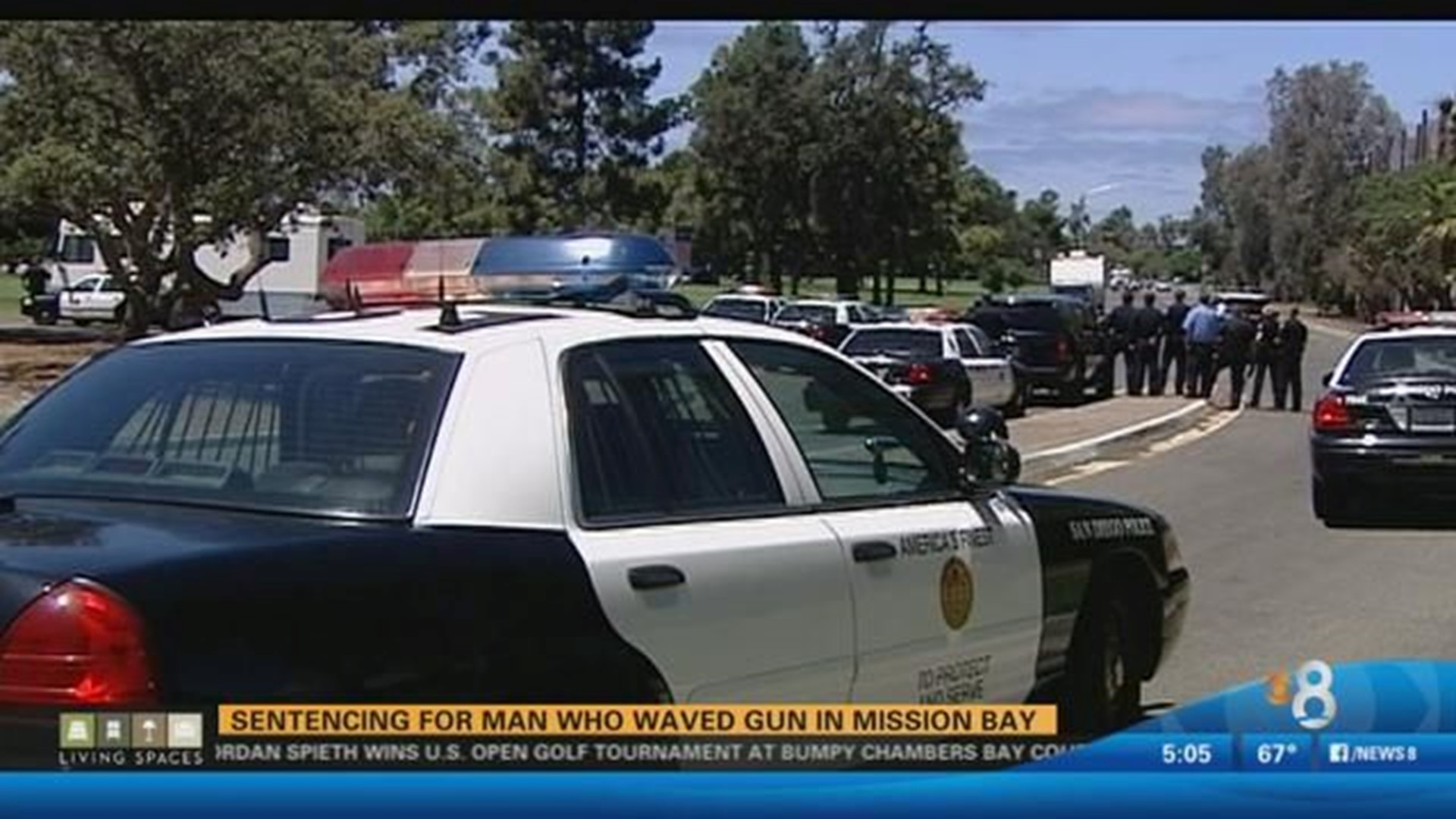 SAN DIEGO (CNS) - A man who was shot after a confrontation with San Diego police at Mission Bay Park last summer was sentenced Monday to 180 days in jail and three years probation, along with community service.

Lance Tamyo, 46, pleaded guilty in April to a felony charge of exhibiting a firearm in the presence of a police officer in an attempt to avoid arrest.

Tamyo -- who was given credit for 132 days in custody -- was immediately taken to jail to serve the remainder of his sentence.

The defendant will also be required to do 200 hours of volunteer work, take part in drug and alcohol programs, and continue with mental health treatment.

Tamyo called police from the 2800 block of North Mission Bay Drive shortly after 11 a.m. last Aug. 6 and told dispatchers that he was going to shoot himself, according to San Diego police Sgt. Manuel Del Toro.

Officers arrived to find Tamyo sitting in his car in a parking area near De Anza Cove. They called him on his cell phone and spoke with him for about 15 minutes before he agreed to surrender, Del Toro said.

Tamyo then got out of his car but returned and grabbed a loaded 9 mm pistol. He "pointed his gun recklessly at various people in the park," at a police helicopter overhead and at the nearby officers, prompting Officer Michael Weaver to shoot the suspect in the stomach, the sergeant said.

An investigation determined that the ammunition Tamyo was trying to use would not fire from his gun, said Deputy District Attorney Michael Runyon.