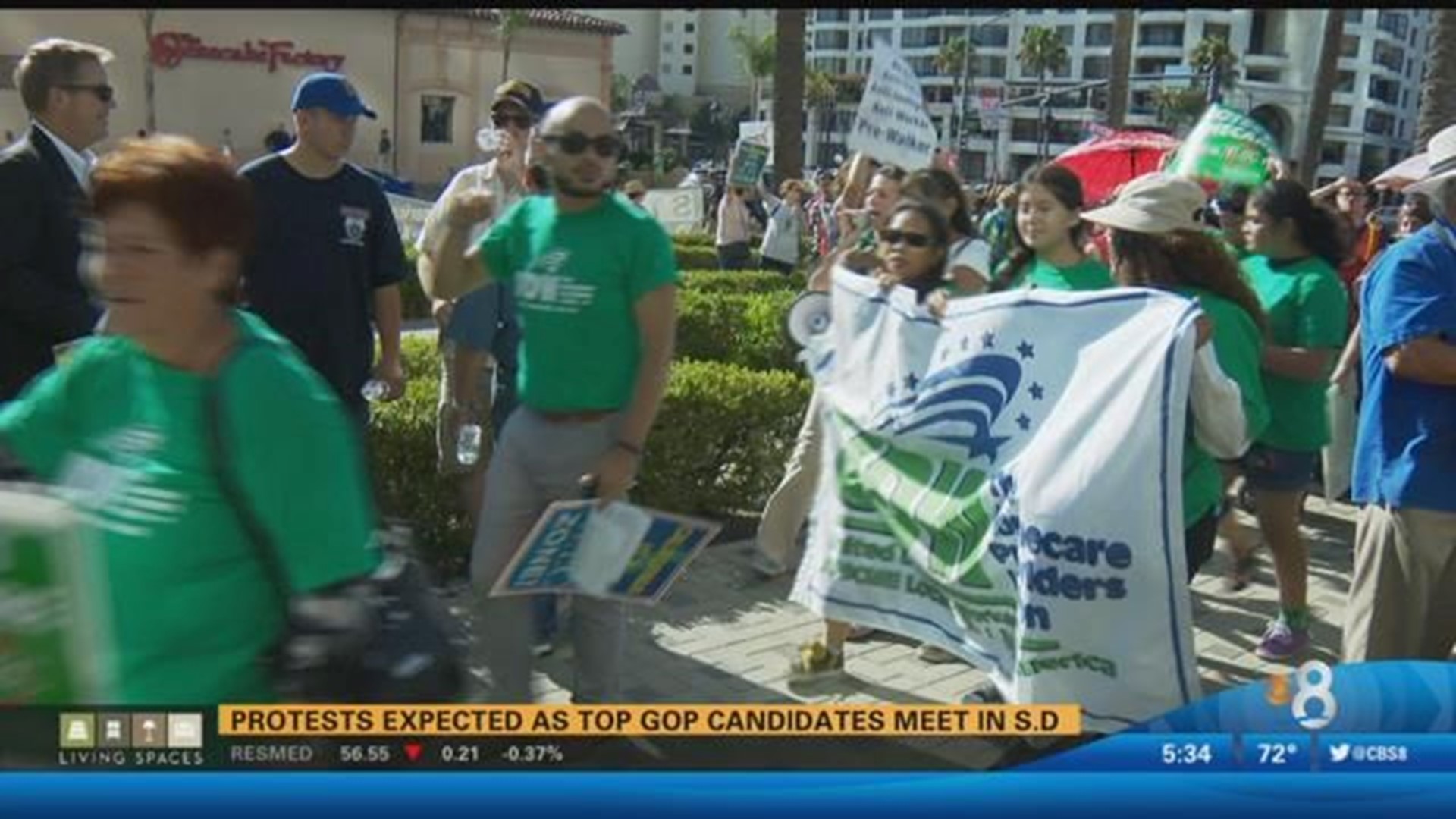 The candidates spoke at the 42nd annual meeting of the American Legislative Exchange Council, which bills itself as the nation's largest nonpartisan voluntary membership organization of state legislators. On its website, the organization touts limited government, free markets and federalism.

Wisconsin Governor Scott Walker was the first keynote speaker at breakfast, with former Arkansas Governor Mike Huckabee scheduled to take the stage during a luncheon at 12:30 p.m. Thursday.

"Sadly there's people in Washington who measure success by how many people are dependent on the government," said Walker.

"Sadly today under the Obama-Clinton doctrine we're leading from behind and we're headed toward disaster. We have a president who drew a line in the sand. A president who called ISIS the JV squad, Yemen a success story and Iran a place we can do business with,” said Walker.

The opening day of the conference attracted more than 1,000 protesters involved with organized labor and social justice groups, which contend that ALEC provides a way for legislators and corporate lobbyists to meet outside the public eye. The protesters rallied outside the Hyatt in downtown San Diego late Wednesday.

The annual gathering, which was founded more than 40 years ago, joins policy experts, lobbyists and lawmakers under one roof - many of them conservative.

Critics accuse ALEC of allowing corporate lobbyists to rub elbows with legislators to create what's called "model legislation." However, ALEC says that's not true and that laws are only formed at the state capital level.

The group drew national attention for ties to the "Stand Your Ground Law," which allows residents in two dozen states to use lethal force when they feel threatened.

"The folks behind ALEC are the same people who push for bills like show me your papers in Arizona," said Christian Ramirez with Alliance San Diego.

"It's the idea that bringing groups from different states who've succeeded or failed together so they can learn from one another and that's a good thing," Bill Meierling with ALEC said.

Protesters criticized Mayor Kevin Falconer for attending the conference on Wednesday. However, a spokesman noted that the mayor attends many conventions, including conferences centered on education and firefighter training.

Huckabee served two full terms and part of another in the Arkansas statehouse, has twice run for president and hosted a Fox News television program for about seven years.

Sen. Ted Cruz, R-Texas, was set to speak at ALEC Friday, but he canceled because of a scheduling conflict.