A groundbreaking new law that aims to create equal pay for women in the workforce went into effect last Friday. 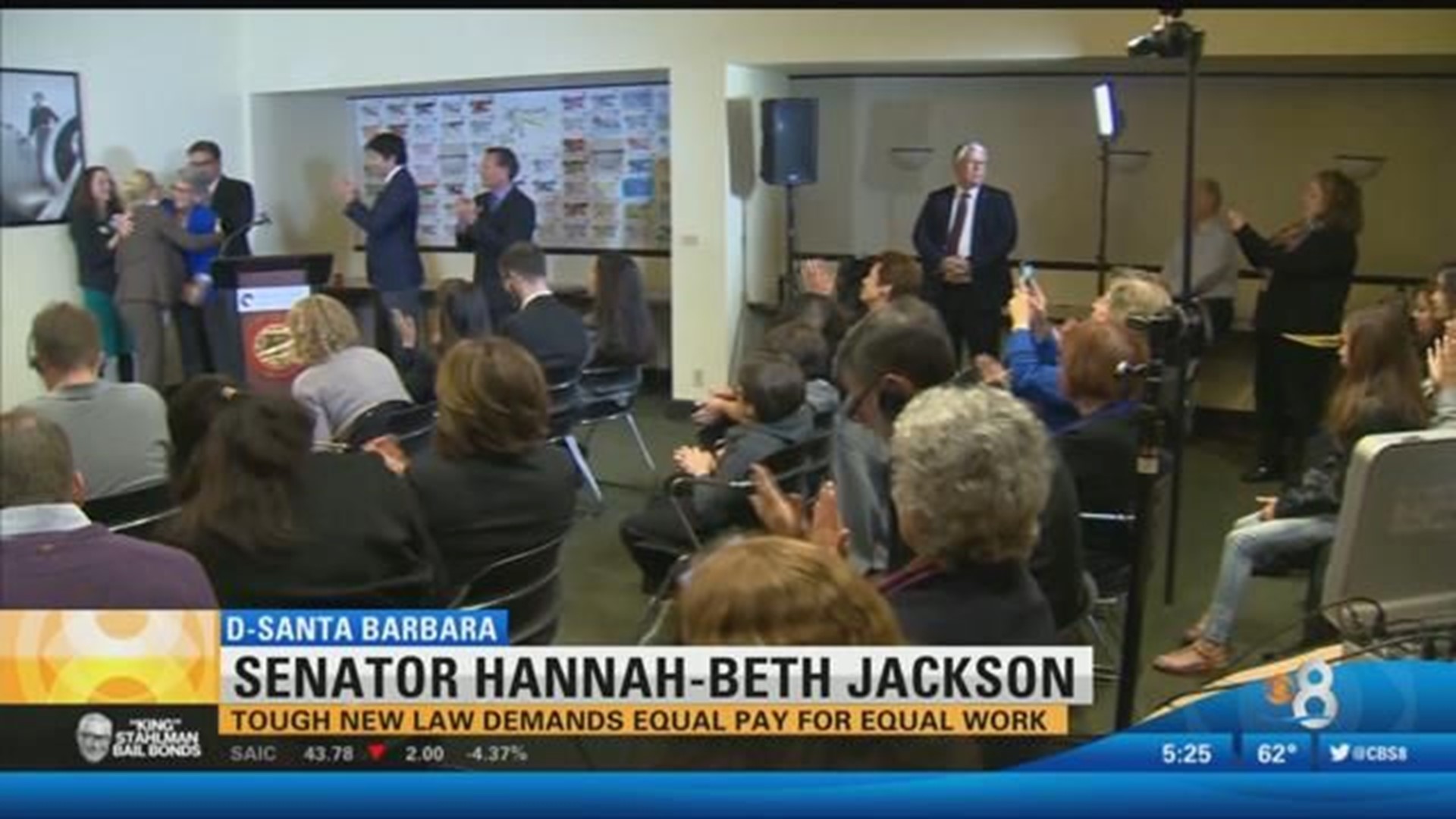 SAN DIEGO (CBS 8) - A groundbreaking new law that aims to create equal pay for women in the workforce went into effect last Friday.

California's Equal Pay Act is designed to fix a loophole in a federal law that has been in place for decades where instead of employers having to pay men and women equally based on performing the exact same duties, women are now entitled to equal pay if their jobs are similar to their male counterparts.

Studies show that statewide, women earn an average of 84 cents for every dollar earned by a man and that the gap for women of color is even wider. The new California law aims to change that, while giving women protection to use the law for their own benefit.

"Women will be able to ask what their male counterparts are making without fear of being retaliated against," said Senator Hannah-Beth Jackson.

Senator Jackson, a Democrat from Santa Barbara, authored the law. Under the new law, employees must be paid the same for "substantially similar work," regardless of where they work within the company. For example, a female housekeeper who cleans rooms should receive the same pay given to a male janitor who cleans a lobby.

"It's going change things a lot because the employers are going to have to really look at their work force, and see if the classification of job title even though they're different---that's not necessarily going to take liability away," said Abbas Kazerounian, an attorney and professor at Cal Western Law School.

Kazerounian says no longer will the burden be on the employee to prove their case. Employers will have to show proof that a wage gap exists for something other than the employee's sex.

Kazerounian expects that large companies will make changes before female employees start filing lawsuits. Elsewhere, he thinks the impact this law will have is up to the courts.

"It's a state law and we have to go to the appellate court to get a real understanding of what the courts say. We're not going to have a definite answer until two, three years from now," said Kazerounian.

An additional part of the law states that employers can no longer say that pay is based solely on where you live. Meaning, that if a company has employees who work in San Diego and San Francisco, their argument for paying a man more can't solely be based on cost of living.

Women who file and win law suits can be eligible for not only a raise, but also back pay, interest and legal fees.