The goal is to save two lives at a time, and on Friday night, a fundraiser was held to benefit a non-profit that rescues shelter dogs and trains them to be service animals for military veterans wit... 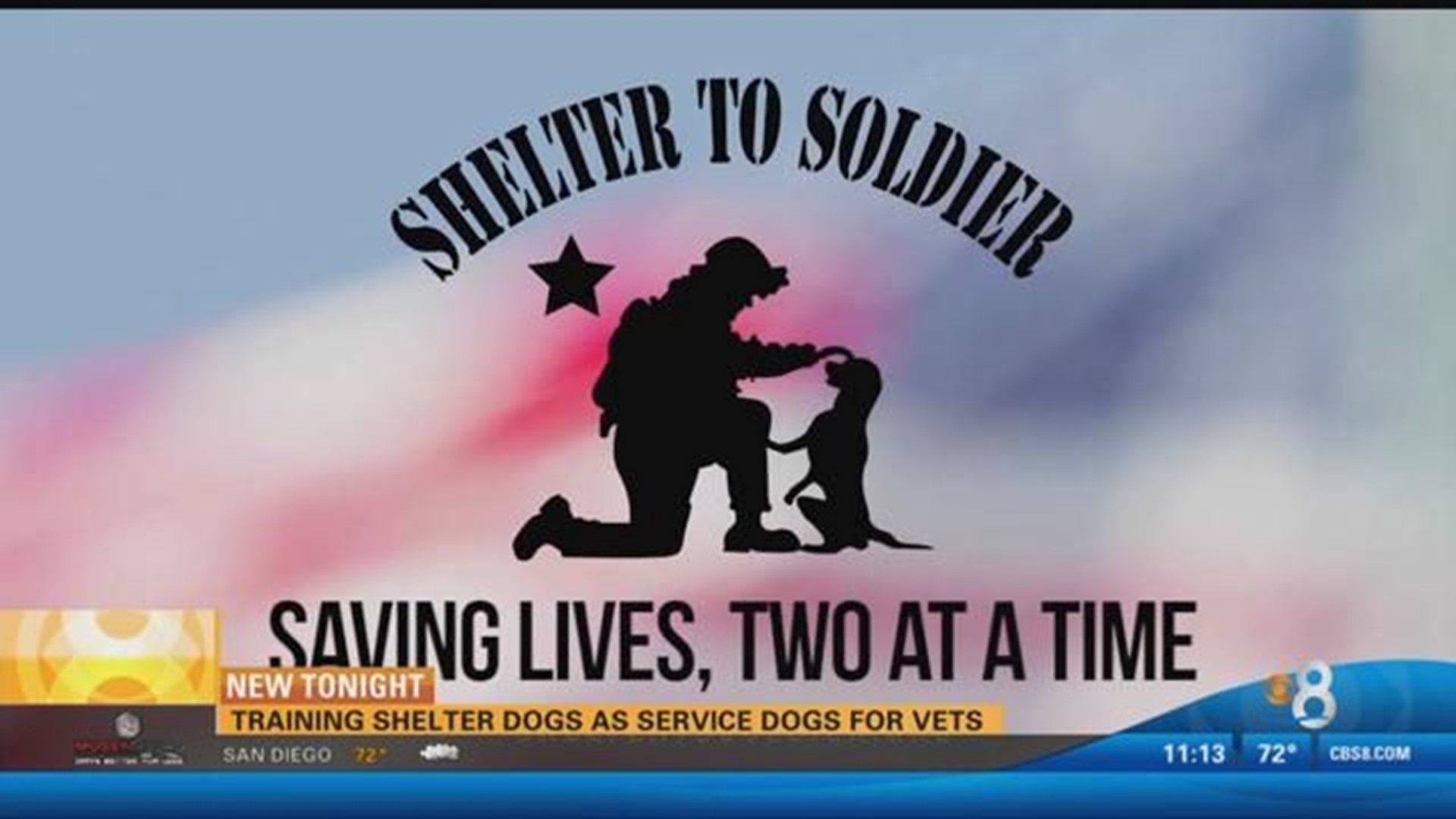 SAN DIEGO (CBS 8) - The goal is to save two lives at a time, and on Friday night, a fundraiser was held to benefit a non-profit that rescues shelter dogs and trains them to be service animals for military veterans with PTSD and traumatic brain injury.

Victor Martin spent four years with the Navy working as a mineman, when he suffered a brain injury.

"I got a brain injury while deployed in Bahrain. After suffering the brain injury, I was diagnosed with severe anxiety disorder and severe depressive disorder," he said.

He was medically retired and his transition home was rock.

The Department of Veterans Affairs suggested a service dog, and soon, Kira came from a shelter into his life.

"They saved my life, and they definitely saved Kira's life. I don't think she would have been able to have a successful adoption. It really did save two lives," said Martin.

Martin is just one of many veterans who have benefited from Shelter to Soldier, which provides service dogs at no charge.

"This is huge. The amount of people attending tonight to learn about our cause, but more importantly they're learning about the issues at hand, which is veteran's support on the home front," said Graham Blaem, with Shelter to Soldier.

The non-profit hopes enough money is donated to rescue five new dogs from the shelter.

"An event like this provides absolute needed funding to keep our program and mission alive," said Blaem.

Nearly a year later, Martin is an outgoing volunteer with Shelter to Solider, now inspiring many other veterans who were just like him.

"Within 20 minutes, I've seen it where a veteran has been with a smile on his face and laughing. It's unbelievable. There's no medicine that the VA can give you to make that happen, and that's why I'm so grateful to them," said Martin.

Shelter to Soldier is currently preparing seven dogs to work with veterans. On average, it costs them $12,000 to train each dog.