Mayor Bob Filner had a top lawyer in the City Attorney's Office removed by police from a closed-session meeting with the City Council this week, city documents showed Thursday night. 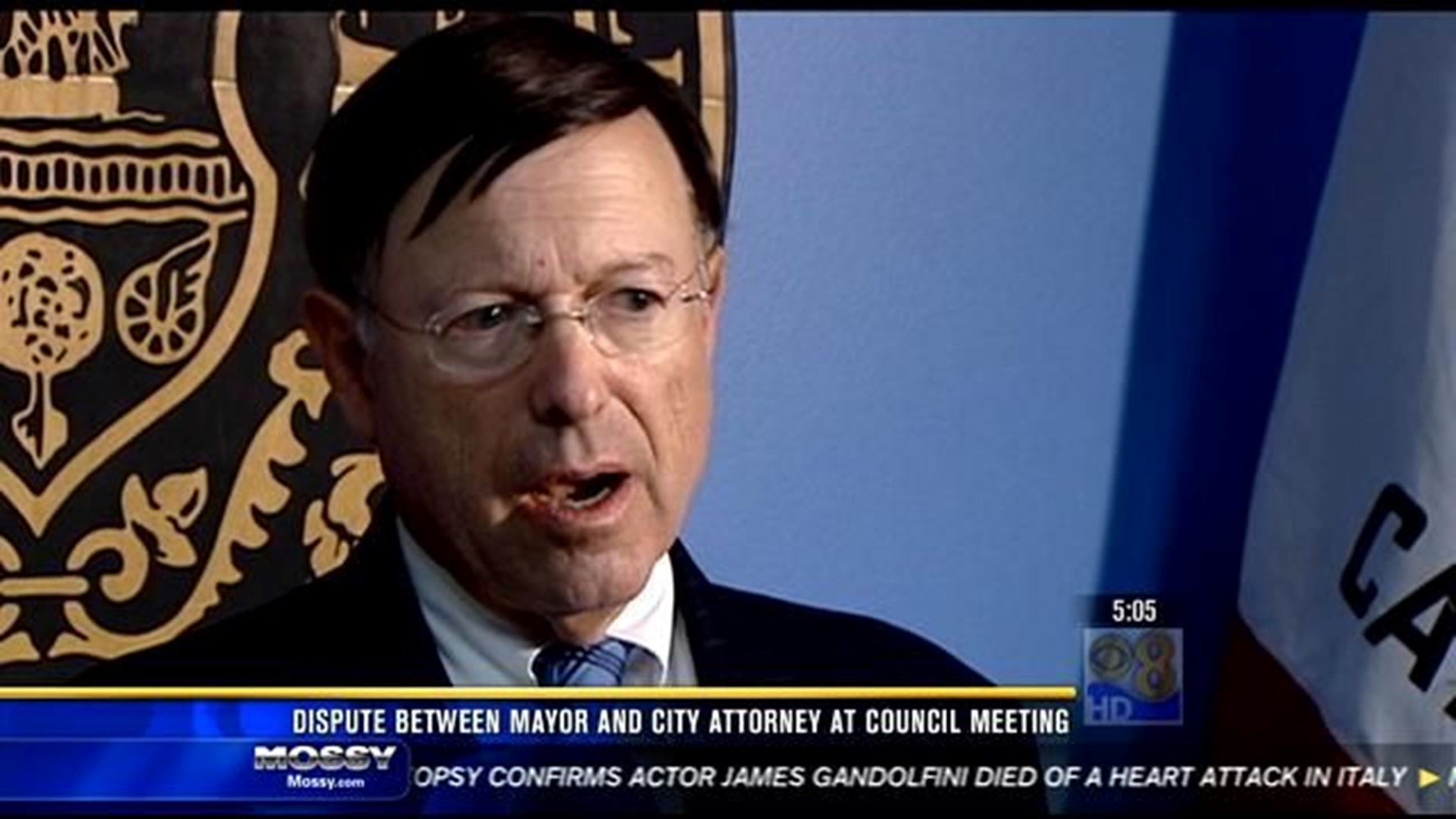 SAN DIEGO (CNS) - City Attorney Jan Goldsmith issued a statement Friday condemning Mayor Bob Filner for having his top lawyer removed by police from a closed-session meeting with the City Council this week.

According to a partial transcript of Tuesday's meeting, Filner accused Executive Assistant City Attorney Andrew Jones of leaking information from closed-session meetings to the media, and after some back and forth asked him to leave. Jones refused, which prompted Filner to ask a police detective to remove Jones from the room for being "disruptive," according to the document.

Goldsmith said in the statement he had reviewed the transcript and statements from many of those present and had a good understanding of what had transpired between Filner and Jones, whom he called "a man of the highest honesty, integrity and character."

"This was a cruel act with no basis in law," Goldsmith said. "It was an extreme abuse of power that should never be tolerated in a free and democratic society. Filner has gone far over the line of decent behavior in a civilized society."

Filner's office did not immediately respond to a request for comment.

The mayor and city attorney have been at odds since shortly after Filner took office.

"This has been a continuous attempt by the mayor to thwart my office's ability to do the job I was elected to do," Goldsmith said.

Filner previously has accused Goldsmith of airing information in the media without talking to him.

According to the transcript from Tuesday's meeting, which was intended for the mayor, the City Council and City Attorney's Office to coordinate on several lawsuits that involved the city, Filner asked Jones "Are you going to leak anything from this meeting, since you have in the past?"

"I'm not even going to answer that," Jones said.

Jones told U-T San Diego following the incident that he was insulted by the accusation.

"I was shocked," he told the newspaper. "It was baffling to me. For him to remove me, wow, to treat me like that. If you read the transcripts, you can see I was just trying to get a question answered."

Goldsmith said his office would have more to say next week on the issue and the steps they will be taking.